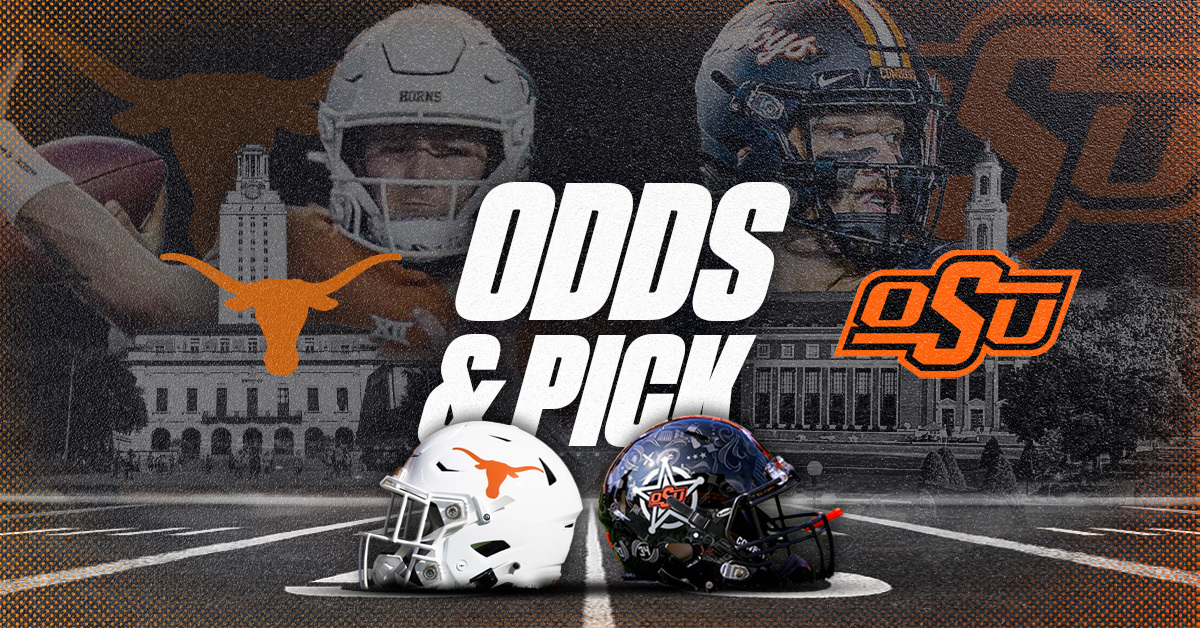 It may feel like it’s still early in the football season but it’s already week eight of college football. We’re now a couple games into the conference schedule. For Texas and Oklahoma State, who meet on Saturday afternoon at 3:30pm EST, this week could decide whether or not 2022 is a success. We’ll take a look at the Texas vs Oklahoma State odds to see who has the upper hand.

Both the Longhorns and Cowboys have a conference loss, Texas fell to Texas Tech back in September and Oklahoma State fell flat in the second half in a loss to TCU. Two losses in conference play could all but eliminate you from the BIG12 Championship game, especially considering the fact TCU and Kansas State are without a loss. Conference championships are the expectation for both of these programs.

Despite the fact Texas sports betting isn’t legalized, operators like BetMGM have been preparing for the potential of opening shop. Earlier this year BetMGM partnered with the Houston Astros. So although Texas sports bettors won’t be able to place a legal wager, they’ll still be able to enjoy Quinn Ewers and the Longhorns matchup in an exciting game.

This Texas team is rounding into form in October. As much as Quinn Ewers and the offense get the spotlight, the defense is quietly stellar. They’re allowing just 18.3 points per game and ranking top-20 in both opponent yards per pass attempt and rush attempt. It’s still early for this defense, we haven’t seen them face a major test since Alabama in week 2. The Cowboys will test their depth.

The offense runs through Bijan Robinson, who continues to look like one of the best running backs in the nation. Texas leads college football in broken/missed tackle percentage and average a healthy 5.1 yards per carry. It’s a scary combo to see this offensive line do it’s job creating gaps (23rd in stuff rate) and Robinson is able to create so many yards on the second level.

Having a rushing attack as dominant as the Longhorns leaves Sarkisian with plenty of options in the passing game. They’re only throwing the ball on 45.4% of plays but they’re pushing it down the field quite a bit, averaging 10.1 yards in average throw depth. This will be a major test for Ewers against the Oklahoma State defensive front. How explosive can this passing attack be if the running game isn’t as effective?

Will Spencer Sanders Play vs Texas?

The big question for Mike Gundy and the Cowboys is the status of Spencer Sanders. The Oklahoma State head coach wasn’t taking kindly to injury questions this week, not commenting on the practice status of his starting QB. If his son, Gunnar Gundy, is at quarterback we could see this spread move significantly.

Mike Gundy didn’t want to discuss if Spencer Sanders will practice this week.

He also explained why the news was shared on TV. pic.twitter.com/TUMexnXOLS

The Pokes offense plays at one of the fastest paces in the country, ranking 7th in seconds per play this season. With Sanders likely to not be at 100% if available, the ground game will likely be heavily featured. Dominic Richardson hasn’t exactly been dominant in 2022, averaging 4 yards per carry. But the Longhorns rank 95th in stuff rate this season, so he can do just enough to keep the chains moving.

There’s one major cause for concern on defense for Oklahoma State, they cannot tackle worth a damn, ranking 124th in opponent broken tackle rate. They rely heavily on their uber-talented front four, that has a 27.5% stuff rate that ranks 7th in the nation. If that front four isn’t generating pressure then it’ll be a very long day on defense.

With Spencer Sanders status up in the air it makes placing a wager on this game well in advance of kickoff difficult. But weather looks like it may play a major factor regardless of Sanders availability. We’re looking at 20+ mph winds in the forecast for Saturday at the time of writing.

As much as Oklahoma State has struggled at the second level tackling wise, I like what they have up front with Sione Asi and Tyler Lacy to be able to stuff the run. Which will likely be a focus for Texas in windy conditions.

The total is where I want to go in this game, in games Texas has played in the average total points were just 55.0. With Sanders injury and the lack of ability to throw the ball in windy conditions we likely won’t see a dual threat running attack from the Cowboys either. This could make the game very predictable for both defenses.