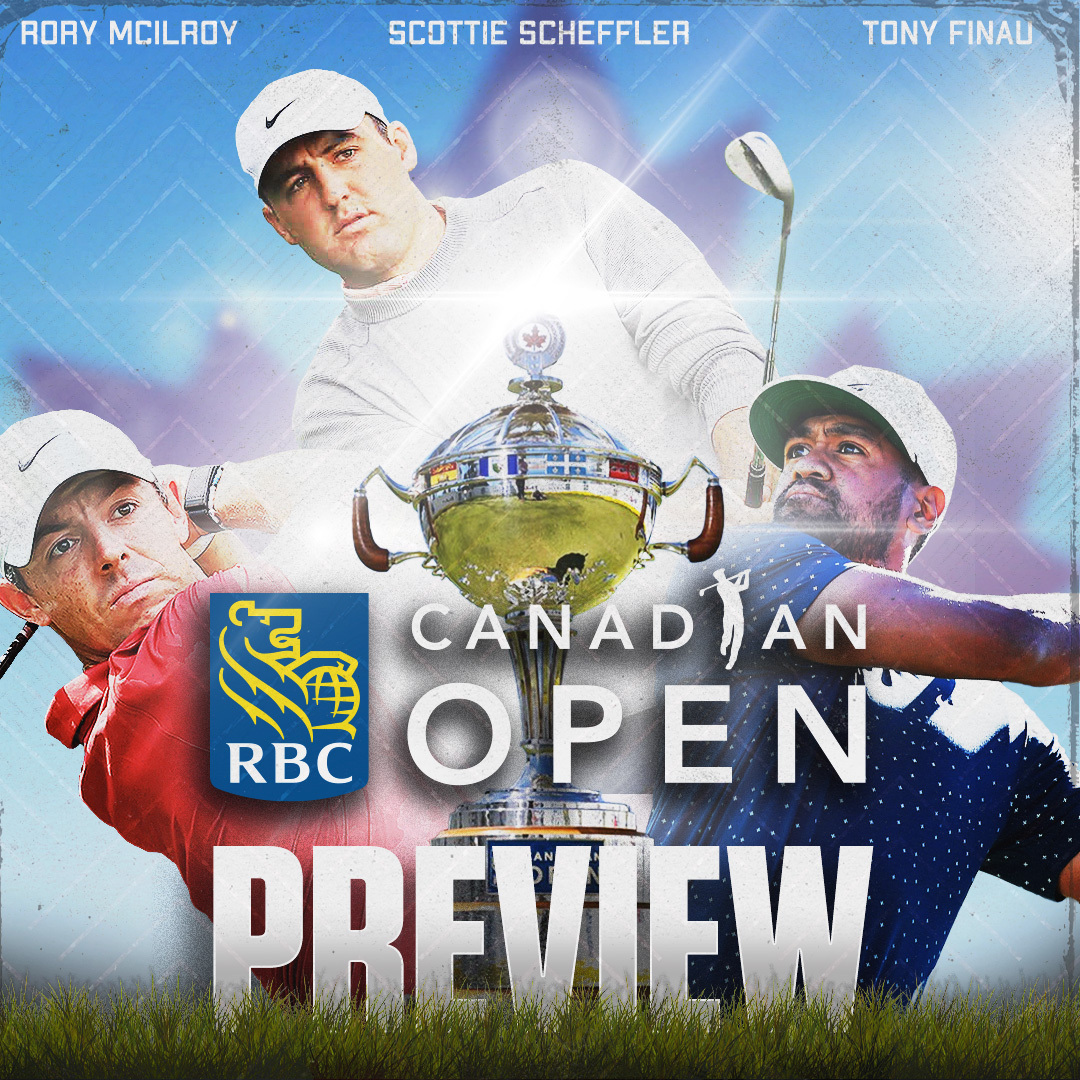 After a two year hiatus, the PGA Tour is finally back in Canada! The RBC Canadian Open tees off on Thursday, June 9, 2022 at beautiful St. George’s Golf and Country Club. The course hasn’t hosted a PGA Tour event in over ten years, when Carl Pettersson finished with a 14-under score to claim the $5,100,000 grand prize. With little history at this golf course to work with, it makes navigating the 2022 RBC Canadian Open odds difficult.

It’s a perfect time for the Canadian Open to make it’s triumphant return as Ontario online sports betting launched in the province on April 4, 2022. Sports bettors will be eager to get in on the action and can do so at a number of new sports betting sites. Let’s take a look at the latest RBC Canadian Open odds courtesy of Caesars Sportsbook.

For the full odds board check out Caesars Sportsbook!

The Canadian Open couldn’t have made a better decision in moving the tournament date to early June. Instead of taking place the weekend following the Open Championship they now act as prep for the US Open on June 16-19. It’s clearly paying dividends as this looks to be their best field to date with the likes of Justin Thomas, Cameron Smith and Masters Champion Scottie Scheffler.

BetMGM Ontario also lists Scheffler as the favorite in their 2022 RBC Canadian Open odds. You can bet on some of your favorite Canadian golfers like, Corey Conners, MacKenzie Hughes, Adam Hadwin and Nick Taylor. Corey Conners is the Canadian with the shortest odds at BetMGM, listed at +2000.

What You Need to Know About St. George’s

The Canadian Open doesn’t tend to pose the most difficult of challenges for players on the PGA Tour. The last three winners have all posted total scores at 21-under of better. St. Georges is no different, the Stanley Thompson design tips out at 7,046 yards for a par of 70. The par-5’s are easily gettable in two shots and there are five (5) par-3’s on the course.

This golf course isn’t going to punish the field with length by any means but it is going to require some accuracy off the tee. The fairways are tight but the par-4’s don’t have the type of distance that will overwhelm anyone. What is going to set these players apart and lead to their success if the flat stick. Everyone should be able to attack the flag-stick but whoever is hot from a putting perspective will separate from the field.

.@theScore is introducing "Skyline Seats" for the RBC Canadian Open next weekend.

The seats will go up to 100 feet in the air, and 22 people will be strapped in while they enjoy food and beverage for 30 minutes above the 1st and 18th holes.

Are you in or out? pic.twitter.com/TIPYuuCodU

There are three players that stick out to me as clear value on the board. I’ll be taking these players as outright winners as well as looking to secondary markets like to finish top-10, top-20 or top-40.

The Irishman has been enjoying a quality season so far on Tour, since the calendar flipped to 2022 he’s posted six top-20 finishes in eight starts and hasn’t missed a cut. Including a T3 finish at the Masters in April.

What makes Lowry such a great fit for St. Georges is his scoring ability. His 6th ranked scoring average this season is due in part to fantastic approach play and a lethal putter. He’s 2nd on Tour in proximity to the hole at just 33 feet as well as 14th in strokes gained putting this season.

The cherry on top for his fit at the RBC Canadian Open is his performance on the par-3’s. He’s 7th in scoring average and 15th in birdie or better percentage on par-3’s in 2022. Lowry is up near the top of this odds board for good reason, go get him.

There would be nothing more that the Canadian crowd would like to see then a homegrown talent winning this tournament. The crowds in Toronto should be fantastic. Unfortunately for Hughes though, he hasn’t enjoyed the same type of success as Lowry this season. He’s missed the cut in five of his last eight events. But playing a course less than an hour from his native Hamilton should help get things on track.

What has ailed Hughes this season shouldn’t be a problem at St. George’s, he’s 171st this season in strokes gained off the tee. But he’s shown the ability to really heat up thanks to his putter. He’s nearly automatic from inside 10 feet and is 24th in birdie or better conversion percentage. The deal breaker for Hughes will be his approach play, if he’s dialled in with his irons then look out.

He’s someone I’m certainly taking a flyer on in my outright cards but look for him later on this week to finish top-40 if you see it paying at plus money.

The American is having an up and down season so far on the PGA Tour, but is coming off his best finish of the year with a solo 3rd place finish at the Charles Schwab Challenge. Could St. George’s be the place where Todd picks up his 4th PGA Tour win? There’s a good chance.

The 36 year-old doesn’t have much of any length off the tee but he’s 5th in driving accuracy this season, exactly what this track calls for. He’s also arguably the best putter in the world, ranking 6th in strokes gained putting and elite inside of 15 feet of the cup. The par-3 scoring is going to pay dividends for his game too as he’s top-20 on Tour.

Todd exudes value on the 2022 RBC Canadian Open odds board and is a bet you should be locking in at PointsBet Ontario. Keep an eye on his odds to finish in the top-10 as well.