Will Jalen Green Be the Next Kobe?

Jalen Green could be as good as Kobe Bryant

Jalen Green is a shooting guard and is a top pick for the 2021 draft. At the age of 19, Green has already won three gold medals with the USA junior level team and was named MVP in the 2018 FIBA Under 17-World Cup. ESPN ranked him number one overall in the 2020 class. And at just the age of 16 during his high school career, people were already comparing him to Kobe. 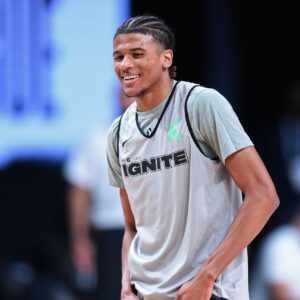 If you are playing fantasy basketball this year, Jalen Green is going to be hot on the points, so I’d try to grab him before your friends do.

Kobe and Green share similar styles in the way they play. They both have the ability to shoot from anywhere on the court. But only time will tell if Jalen Green has got what it takes to be the next Kobe.

Although, Jalen thinks its crazy if it he isn’t picked first, it does not look like the Pistons will pick him. They are looking to draft Cade Cunningham. But it would be dumb if the Pistons did not even consider picking Jalen Green. The last time the Pistons made it to the NBA finals was 2005. Jalen Green could be a strong asset to Detroit.

If the Pistons don’t pick Jalen, then he will most likely get drafted by the Houston Rockets who have second overall pick. The Rockets were probably the worst team in the league this year but with Green, they could probably make the playoffs. I could see him becoming a duo with Kevin Porter Jr.