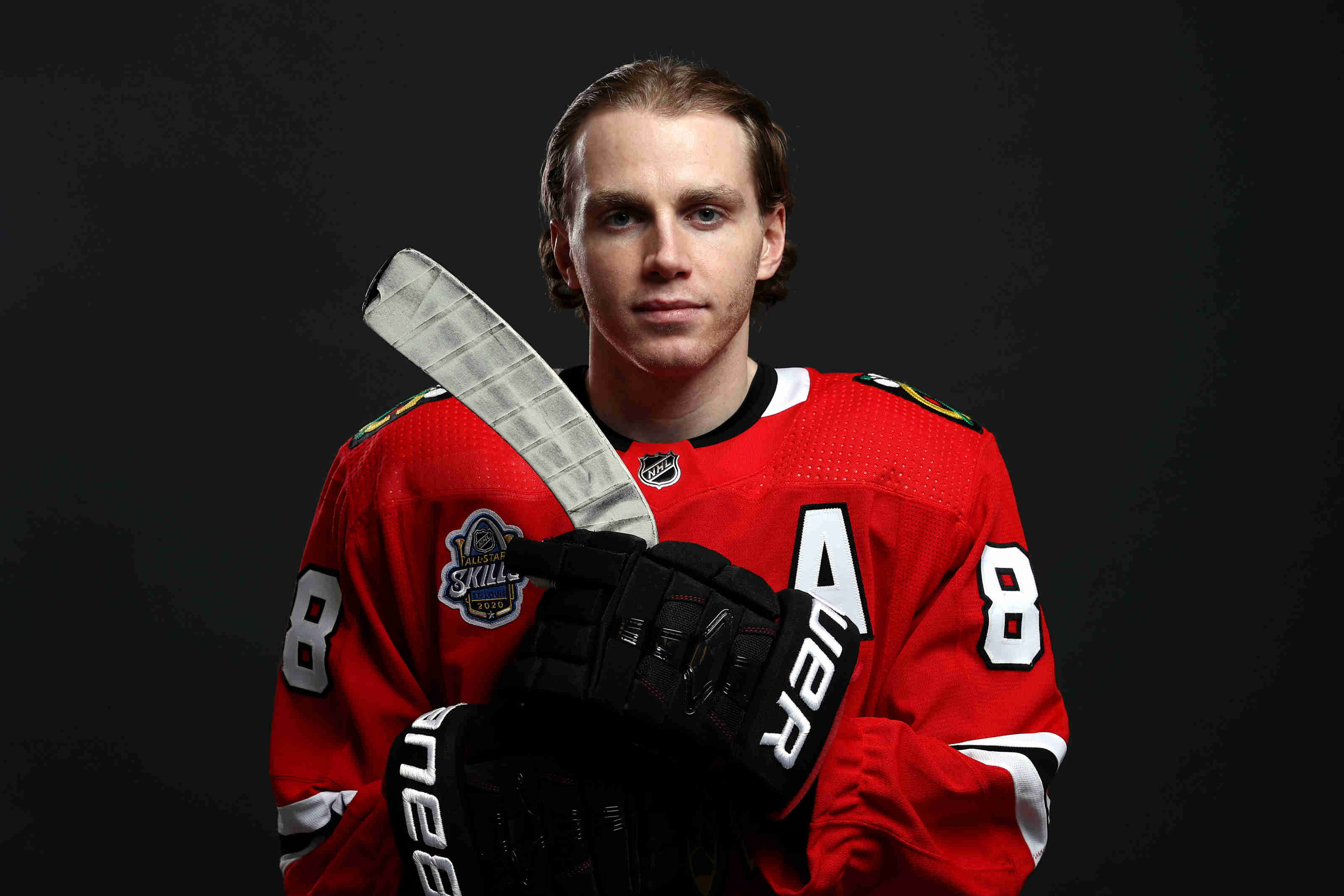 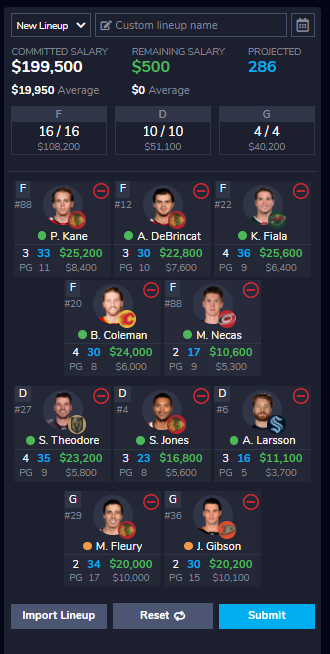 Before the season, there were a lot of people predicting the Blackhawks to make the playoffs. Instead of proving they are legit, they have started off the season horrendous and are currently sitting with a record of 1-8-2.

The Blackhawks have a lot of talent and I think they are still a middle-of-the-pack NHL team. This week, they have some really nice matchups against the Predators, Penguins, and Coyotes. All three of these games are in Chicago as well. If there was ever a week for the Blackhawks to get into a groove it’s this upcoming week. I expect Fleury to start against the Predators and Coyotes, which at the very least will get you one (1) win. The price for Fleury is a crime at $10,000/Game, which is right near the minimum for goalies.

The DeBrincat/Kane stack is a lethal combo… Kane is starting to heat up and getting him as the 16th highest price per game is enticing. If Kane is producing, then Debrincat will have some sort of production. MAKE SURE YOU GET THESE TWO IN AT LEAST ONE (1) OF YOUR LINEUPS.

I usually shy away from Seth Jones because of plus/minus playing a big part on OwnersBox. This week isn’t the case because the Blackhawks have 3 games they could ultimately win. Jones has been a liability on defense but has been stellar for fantasy leagues without plus/minus. He has 9 points in 11Gp, also has 36 shots and 18 blocks.

I’m bullish on Theodore this week with 4 games. I think he’s the best option for this week’s contest out of all the 4 games defensemen. Theodore has had a very slow start to the season, which is the reason why his salary is low at $5,800/Game. I think his floor is very high, which is the reason why I’m taking him to my OwnersBox contests. In 9 Games, Theodore has not had a minus points performance and includes a 24 point performance against the Dallas Stars. He’s averaging close to 3 shots/Game and still remains the focal point on the Golden Knights powerplay.

If you haven’t watched Cherry Pickin’, you probably don’t understand how much I love Blake Coleman. Coleman is an absolute sheet filler and has had a great start with his new team, the Calgary Flames. Coleman is averaging over 3 shots/Game and is averaging over 10FPTS/Game on OwnersBox. This week, the flames have four (4) games, which include a home matchup against the Sharks and a road matchup against the Maple Leafs.

Larsson was my favorite bargain defenseman last week and he’s my favorite again this week! I will be picking Larsson every week until his price tag increases. He’s currently priced very close to minimum and is a block machine! Larsson is averaging over 2 blocks/Game and is +0 on the year on a Kraken team that’s 3-6-1. The Kraken has very good matchups this week, which could result in Larsson having a plus week, which means more points. The Kraken play the Coyotes, Golden Knights (Lots of injured players), and the Ducks.