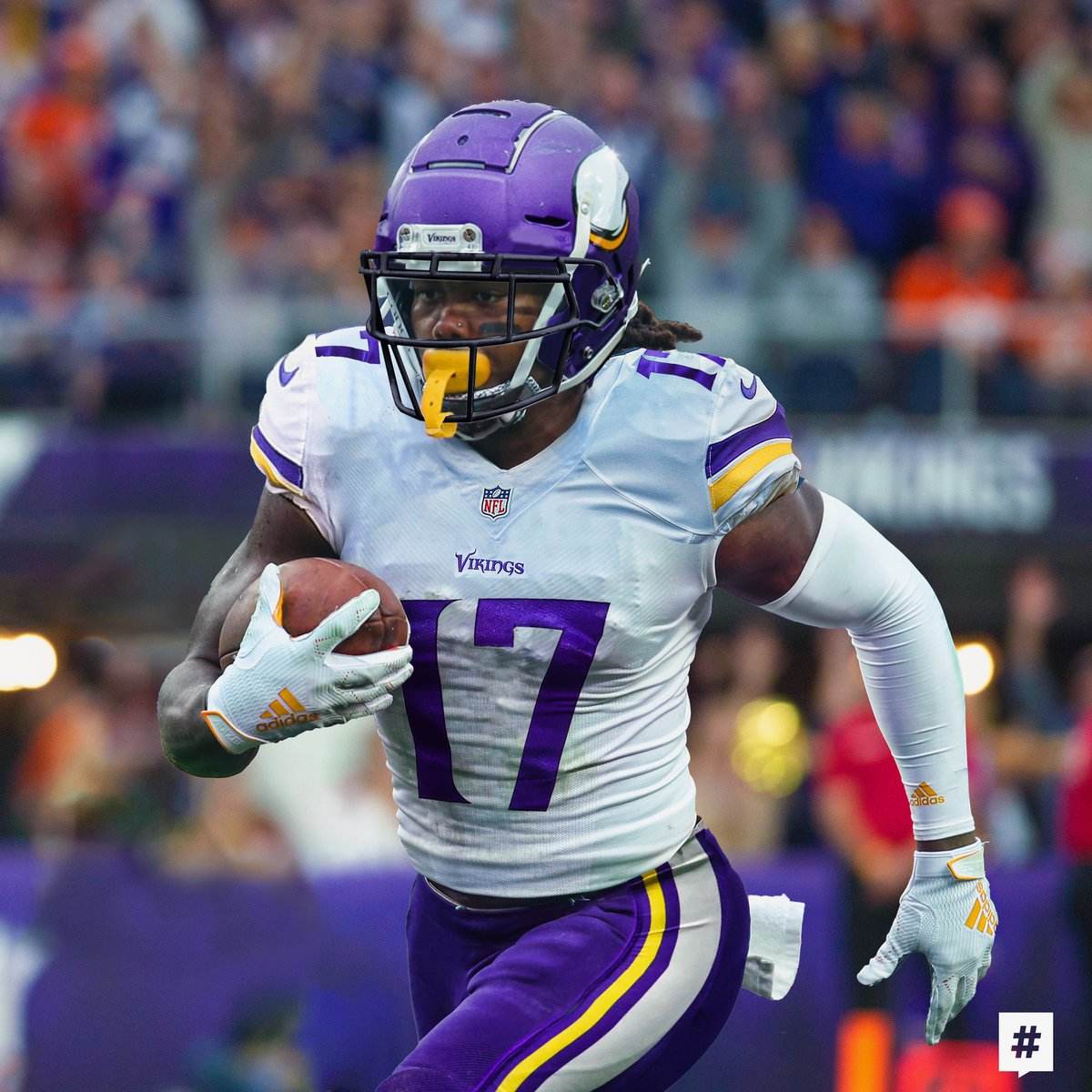 It’s the last week of the fantasy football regular season. If you’re like me and have a lot of shares in Jaylen Waddle, DeVonta Smith or Damien Harris, this could be a really important waiver wire for you. If you’re also like me, you may not have any FAAB left to spend and may need to scrape up the leftovers on Wednesday morning. Let’s get into a plethora of options, that way you’re covered if you’ve got FAAB to spend or need to pick some players up for free. 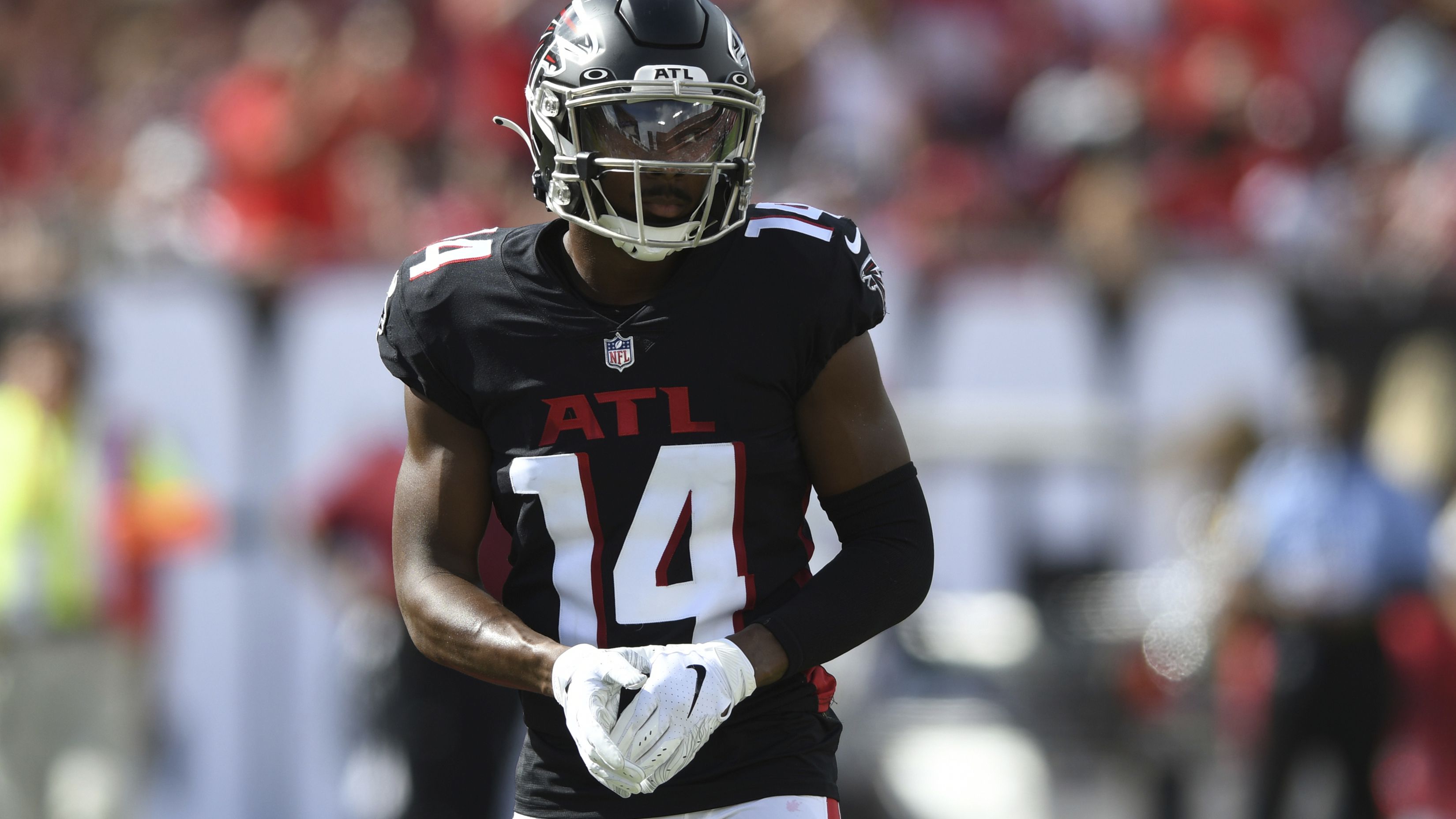 The Falcons wide receiver is coming off a career high 12 targets, 11 receptions and 130 receiving yards game against the Buccaneers. In his last 5 games Gage is averaging 7.6 targets per game and has the 8th most receptions among wide receivers during that span. His average depth of target is quite low at 7.7 yards, if you look at the players around that mark you’ll see Hunter Renfrow, Cooper Kupp and Christian Kirk. 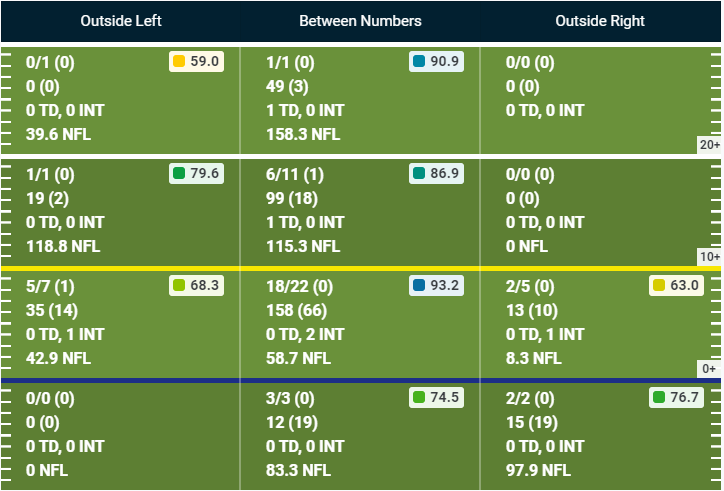 His work lately is reminiscent of Hunter Renfrow as he’s putting up the large majority of his numbers between 1-10 yards from the line of scrimmage and either over the middle or on the outside left. If his recent volume continues than he can prove to be a solid WR3 and flex option in PPR formats with a decent floor. 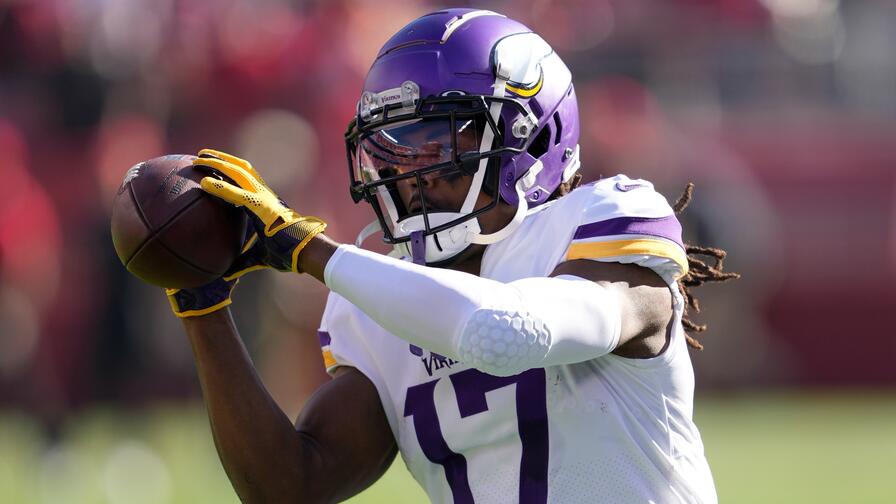 Adam Thielen sustained a high ankle sprain in week 13 and KJ Osborn immediately assumed the number 2 pass catcher role in the offense. Osborn ran 43 routes, just 1 less than Justin Jefferson’s 44 routes run. He also saw 7 targets in the game for 4 receptions, 47 yards and a touchdown. He also ran the most routes on the outside that he has all season. Dede Westbrook was in the slot when Osborn moved to the outside. So perhaps some bigger plays down the field are on the horizon.

The Vikings have been throwing the ball with Kirk Cousins plenty this season, averaging the 9th most passing attempts per game at 37.5. So there should be plenty of volume for Osborn in the absence of Thielen. Minnesota has the Steelers on Thursday and Pittsburgh actually ranks 25th in defensive passing DVOA and in the bottom-10 in fantasy points allowed to wide receivers.

If Thielen ends up missing multiple weeks, which seems likely, Osborn can be an enticing bench option for your playoff run. 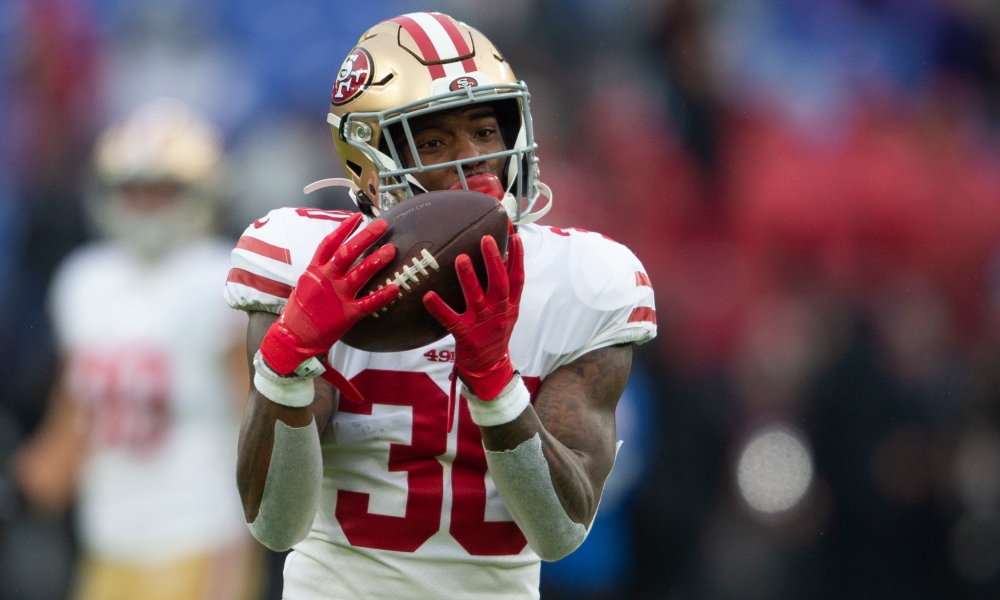 To the surprise of absolutely nobody, the San Francisco 49ers are dealing with a plethora of injuries at the running back position. I’m actually going with one of the injured backs as the priority pick up this week. Wilson didn’t see a carry in the 49ers week 13 loss to the Seahawks. There actually wasn’t another running back that saw a carry last week not named Elijah Mitchell. But now Mitchell is in concussion protocol and his status is up in the air.

Getting a piece of this 49ers rushing attack can pay dividends for fantasy managers, Mitchell was probably the years best waiver wire pick up. That’s largely due to the fact they are running the ball at a very high rate the last 5 weeks.

I see Wilson as the favorite to lead the backfield against the Bengals should Mitchell miss the game. He was in an emergency role last week due to a flair up in his surgically repaired knee. Head coach Kyle Shanahan doesn’t see this as a big deal as he says it’s happened before. It seems as though Wilson just needs a few days rest and should be ready to assume his role.

In 2020, when Wilson was the 49ers lead back from weeks 14-16, he was the RB9 in PPR formats. I think WIlson has the highest upside of any running back on your waiver wire this week.

Keeping in the theme of Vikings pass catchers, Tyler Conklin has been quite consistent this season as a TE2 but with Thielen’s injury he should take a step forward. In week 13 he had 9 targets, 7 receptions and 56 yards against the Lions. Conklin has actually never had less than 3 targets a game this season, so unlike other depth fantasy tight ends he actually hasn’t thrown up any 0’s.

Conklin should see an increase in total targets in Thielen’s absence but he also has the opportunity to improve on his endzone target share. So far this season Conklin’s share has been 26%, while KJ Osborn hasn’t had a single endzone target. Not to mention Thielen is leaving his 35% share, that leads the team, to be divided.

Even when Thielen returns Conklin has created good rapport with Kirk Cousins and is 10th amongst all tight ends in routes run this season. He’s carved out a role in this offense that makes him a boom/bust TE2 the rest of the way.

JaMycal Hasty (1%) – I don’t see Hasty as a player Shanahan wants leading the backfield, I think he’s more likely to give Juszczyk more carries should Jeff Wilson and Elijah Mithcell be unavailable. But Hasty could have a solid receiving role and pitch in a few carries.

Trevor Lawrence (29%) – The Jaguars quarterback’s next 3 games are against the Titans (3rd most fantasy points allowed to QBs), Texans and Jets. During this stretch we could see Lawrence finally bring the fantasy value many expected prior to the season.

Amon-Ra St. Brown (6%) – It’s difficult to look past a 12 target game, that type of volume is incredibly valuable in fantasy football. I wouldn’t spend priority or FAAB on him but he’s a solid free pick up.

D’onta Foreman (41%) & Dontrell Hilliard (42%) – These two could be easy to forget as they are coming off a bye week. But with the Jaguars on deck in week 14 they are must roster players in any fantasy league. The run game is essential to the Titans success.