You may be through your trade deadline as we enter week 12. So the waiver wire is now your only chance to get a difference maker onto your roster for the remaining weeks of the season. The waiver wire has been picked dry for the most part to this point, that tends to happen this time of year. But I think there are still some players available that could help your team out leading to the fantasy playoffs.

The Packers 4th year wide receiver exploded this week to the tune of 4 receptions, 123 yards and 1 touchdown. He also ran the most routes in a game of his season. Rodgers has spoken about candidly of Valdes-Scantling earlier this season, even mentioning wanting to get him the ball more. He is a great compliment to Davante Adams as a deep target.

He leads the NFL in average depth of target at a ridiculous 20.8 yards. He’s also 4th in the NFL in yards after the catch per reception with 7.5 yards. This makes him a boom/bust type starter that slots in as a WR3/Flex option. Allen Lazard missed did not practice all last week, a return for week 12 would be surprising. This should give Valdes-Scantling another very startable week against the Rams. Rookie lead back Michael Carter suffered a low grade high ankle sprain on Sunday. With Carter missing for a few weeks Johnson is the best option in the Jets backfield. Now, this doesn’t mean he can replicate Carter’s output but there is upside this week in a competitive matchup against the Texans.

Johnson split snaps with Tevin Coleman in week 11. When Carter was healthy Johnson was still averaging about 6.7 touches per game. His work in the receiving game is what gives him the edge over Coleman.

He’d be a touchdown dependant RB3 this week. If Zach Wilson returns it may not bode well for his chances as Flacco and White were more adapt to checking the ball down to their backs.

The injury to Adam Trautman is a devastating one as Trautman had some great numbers the last 4 weeks with Siemian at quarterback. Trautman had the 4th most targets and 7th most receptions over that time. He thrived this past week against an Eagles defense that’s been playing a lot of zone coverage this season.

This week the Saints match up with the Bills, who under Sean McDermott like to deploy a lot of cover-3 zone. Juwan Johnson should step into the main pass catching tight end role. Even with his healthy scratch last week I think he can still be a back end TE1 on Thanksgiving. I think Trautman’s success had less to do with his skill set and more to do with Siemian’s affinity for the middle of the field. 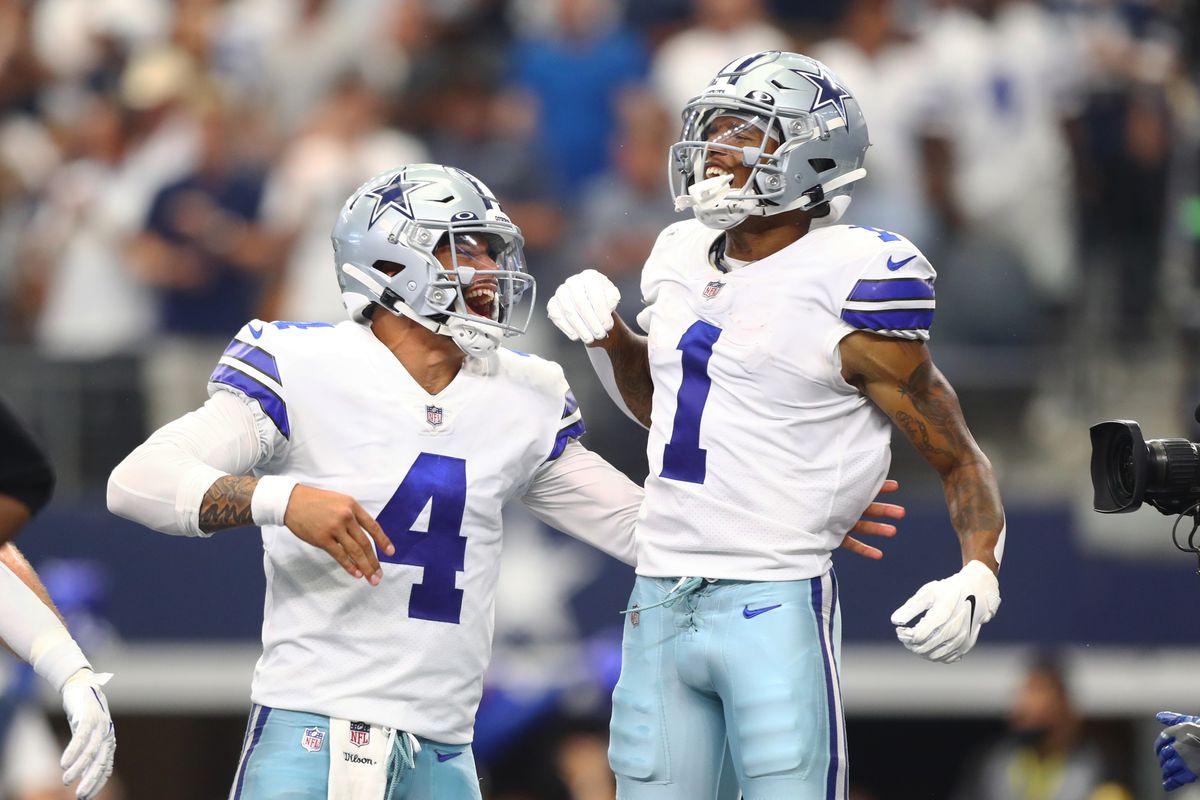 The Cowboys already know that they’ll be without Amari Cooper for Thanksgiving against the Raiders. CeeDee Lamb also suffered a concussion on Sunday and did not practice on Monday. It looks as though he will be out as well.

In his absence, Cedrick Wilson took over in the slot on Sunday, where he ran 30 of his 31 routes. He received 7 targets for 4 receptions and 36 yards. When Michael Gallup was out with injury Wilson was running a route on 65%+ of Dak’s dropbacks, this should return for week 12. Making him a great option for a one week spot start.

The Cowboys will likely rely on their run game against the Raiders as Las Vegas is 25th in the NFL in opponent yards per rushing attempt. But this should open up the RPO game for Wilson over the middle as the Raiders focus in on Ezekiel Elliott and Tony Pollard.

Tevin Coleman (3%) – There are better options in my opinion, but if the Jets get into a winning game script this week Coleman could exceed 10 touches.

Tyrod Taylor (6%) – The Jets have been horrendous against the pass the last few weeks. Last weeks fantasy success could continue for another week for the Texans QB.

Nelson Agholor (21%) – Agholor has an average depth of target of 15.1 yards, ranking 8th in the NFL. If you believe in the Patriots offense then this is their big play threat.