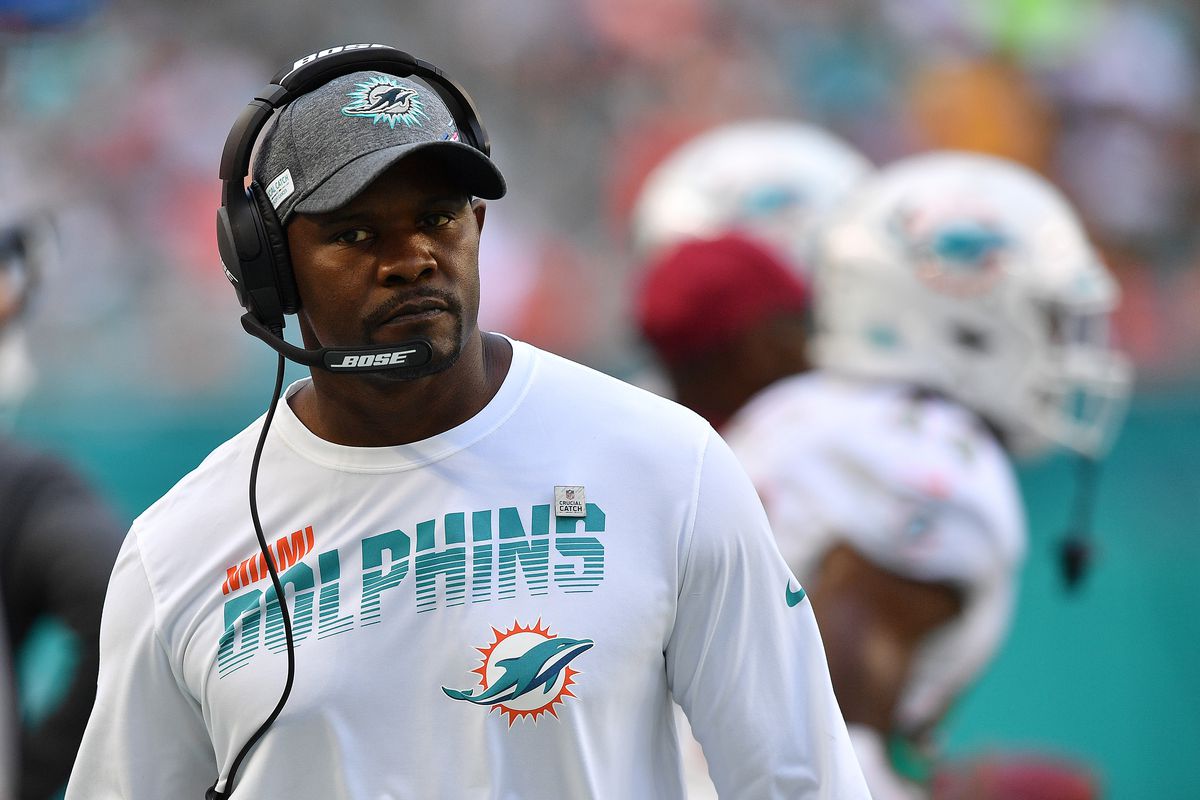 It’s day 2 of the team by team fantasy football outlooks and the Miami Dolphins are up. They’ve seen some pretty sizeable improvements since Brian Flores came in and have completely rebuilt the team over the past couple seasons. How will these improvements impact their fantasy outlook? Lets find out.

The Dolphins drafted Tua Tagovailoa at 5th overall last year and will fully ride with him in 2021. He didn’t show too much in his rookie season, at least in comparison to what we saw from Herbert or Burrow, but he definitely has potential. He was very risk averse, not looking to commit turnovers or throw up too many 50/50 balls. We can’t fault Tua for that though, his wide receiver corps was pretty bad. Especially when Parker went down with an injury, there was essentially no weapons left for him. 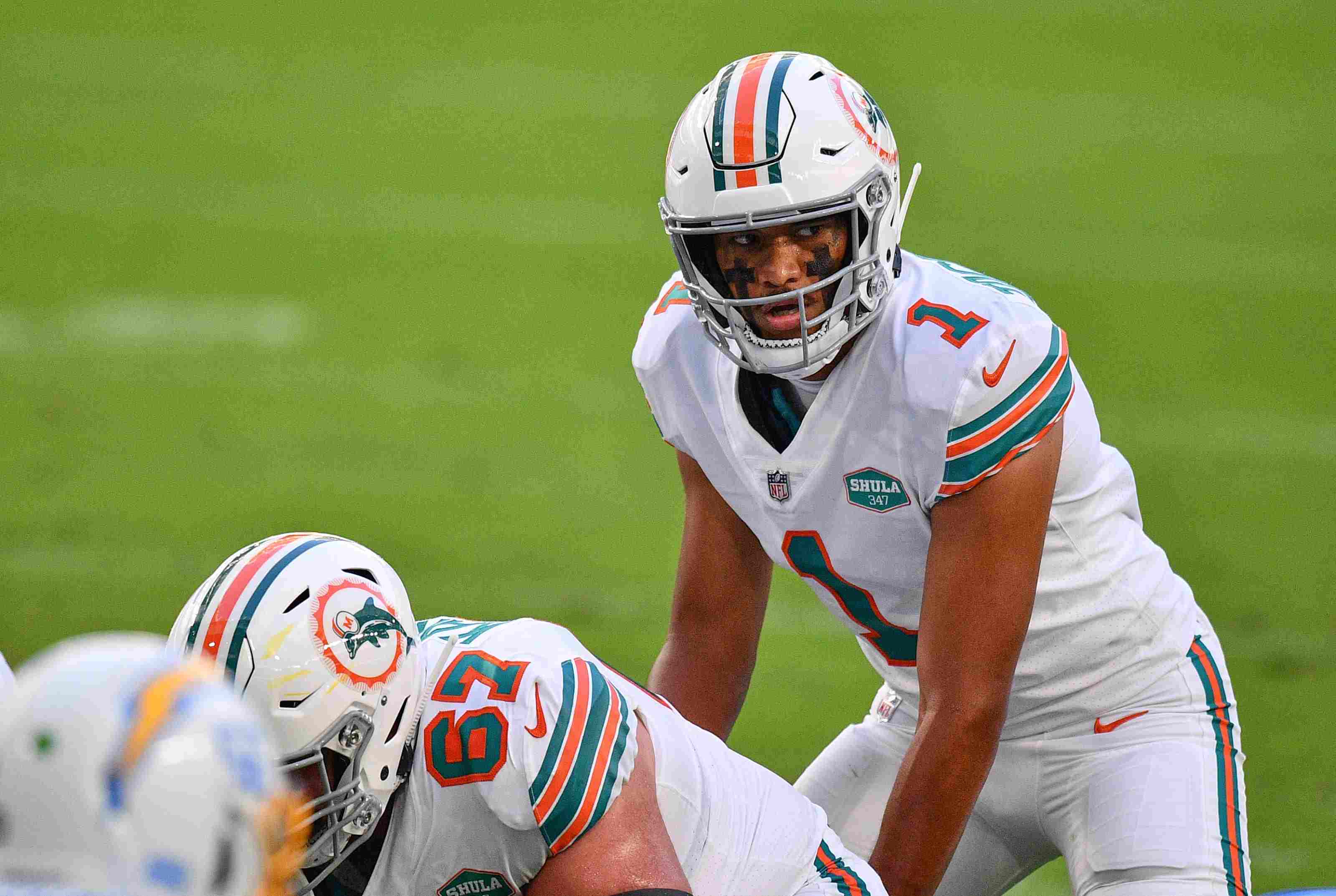 Now he’s got Parker back, they brought in Will Fuller, and drafted Jaylen Waddle in the first round. With a new arsenal of weapons around him, we could see a big step up from Tua this year. I don’t see him having QB1 upside, seeing as he doesn’t have very much rushing upside, or the passing upside of a Brady or a Rodgers, but he could be a solid QB2 in superflex leagues.

Everyone was expecting the Dolphins to bring in a new top running back either through free agency or the draft. Despite that, all they did was acquire free agents Malcolm Brown and Jordan Scarlett. This was great news for Myles Gaskin, who quickly rose to the top of their depth chart last year. He battled through some injuries in the back half of the season, but in his 10 games played he was very good. He averaged 14.4 fantasy points per game, which made him the RB9 in PPG of all backs who played 10+ games. Plus, in the games he played, he had at least 61% of the running back snaps in every single one. 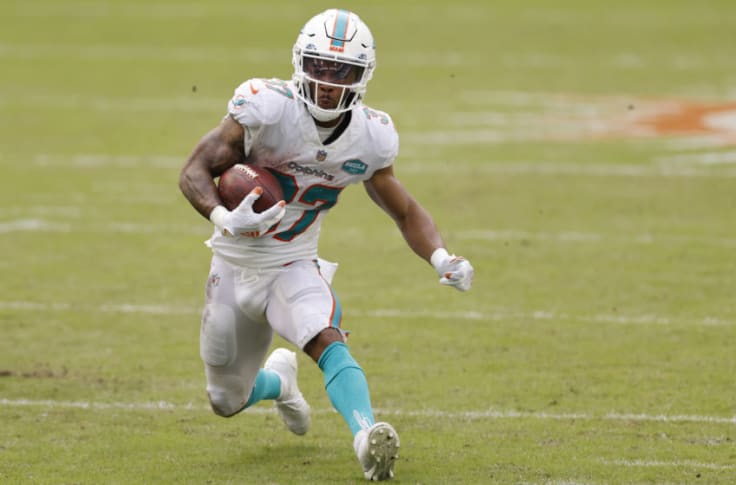 Flores showed he wanted to give Gaskin the lead role and we already saw Ahmed and Laird won’t eat into that. The potential issue I see is Malcolm Brown coming in and stealing goal line work. He’s a much bigger back than Gaskin, and any other RBs in this offense for that matter, so it would make sense if Flores used him on the goal line. To me, Gaskin will be a solid floor play week to week due to his involvement in the receiving game, while also having potential to be one of the bigger steals of the draft if he retains the goal line work. Going in the 6th round of drafts as the RB25, he’s a great RB3 for your team. 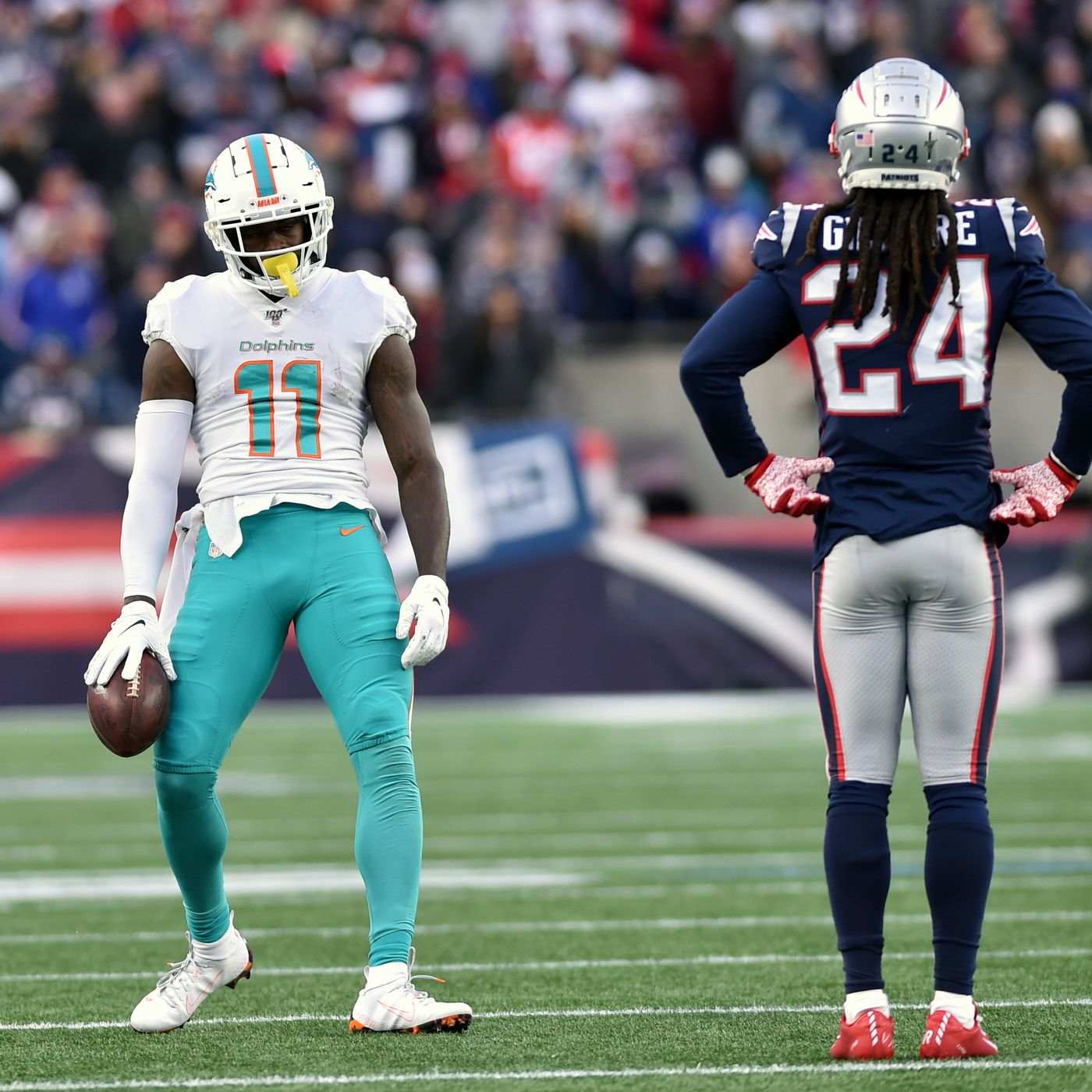 As I mentioned with Tua, Miami revamped their receiving corps this offseason. Fuller, Parker and Waddle make up a pretty solid trio, but the question is, how much volume will each of them get? Parker finally broke out in 2019 and proved to be a serviceable WR1 on this offense, but I honestly don’t see him retaining that. Fuller is a very underrated receiver and can make plays anywhere on the field. Parker thrived off high volume and a lack of competition around him. He is going all the way back at WR51 though, so he’s not a bad play deep in drafts.

To me, Fuller is the guy that will take over. He has the highest ceiling week to week due to his big play ability, and with reliable threats around him, teams won’t be able to double him. As the WR39, he’s a great value in drafts.

Finally, there’s Jaylen Waddle. I’m not the biggest fan of his compared to most, and think he’ll be a better real life WR than in fantasy. His speed will allow the team to create new plays either with Waddle, or using him as a distraction. I just don’t think any sort of consistent production will come from Waddle in 2021. He’ll make some great plays, but it’ll be impossible to predict when they’ll come. He’s currently going ahead of both Fuller and Parker per Sleeper ADP at WR34! That’s crazy to me. I’ll definitely be avoiding Waddle at that price this season. 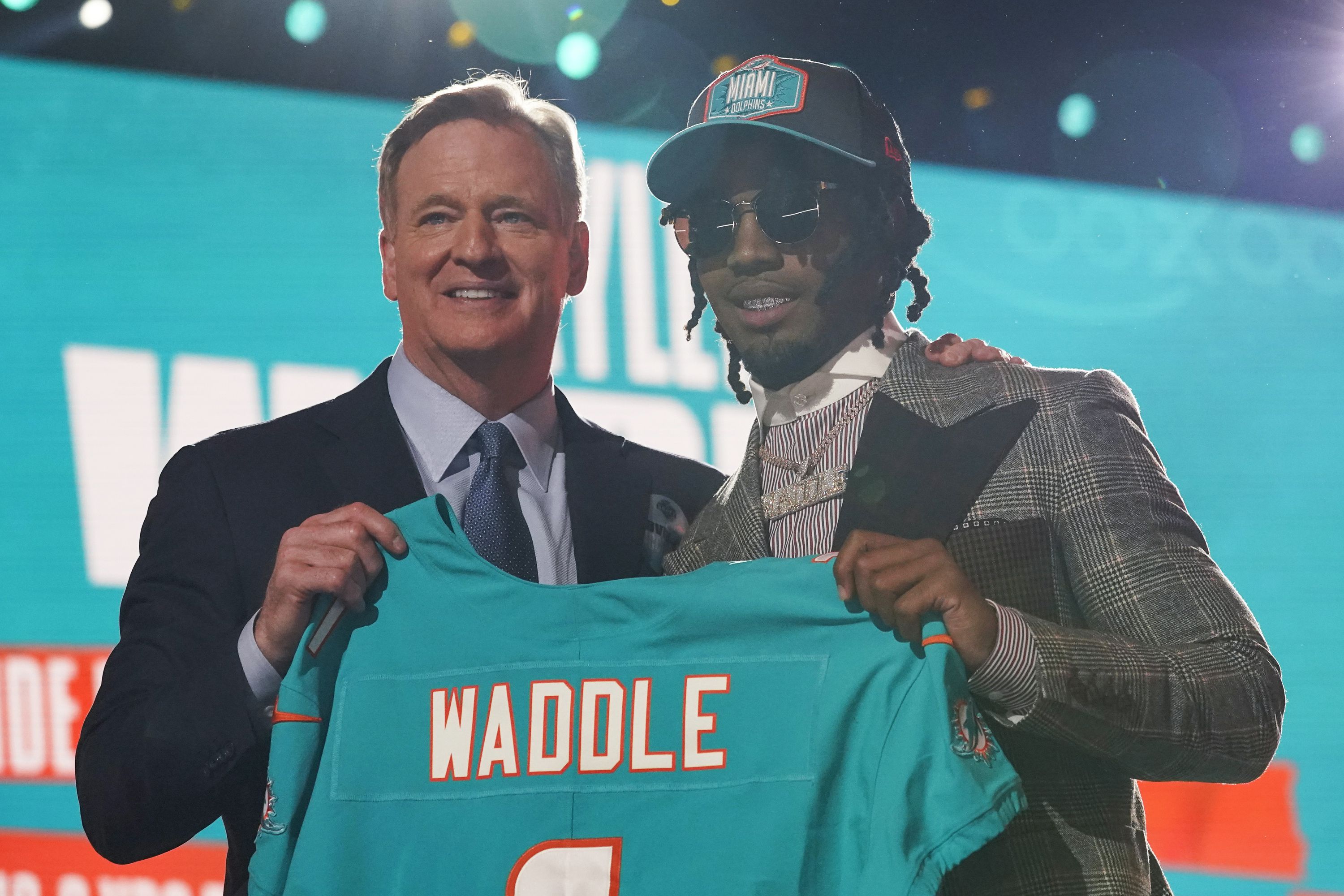 As for the rest of the guys, Lynn Bowden, Preston Williams, Albert Wilson, Jakeem Grant and Allen Hurns, I’m not looking to target any of them, and don’t see them being too involved barring an injury.

Mike Gesicki was pretty good down the stretch with Tua last year. If you look at the splits, he was actually better with him than Ryan Fitzpatrick: 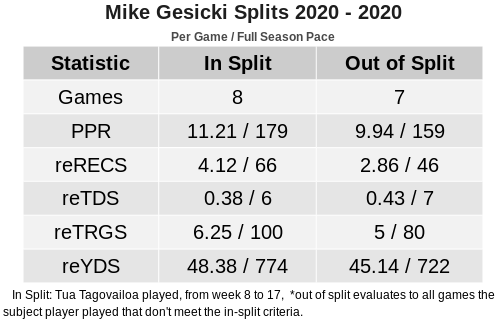 His numbers with Tua would’ve been good enough for TE5. However, I’d argue that most of that came because he was the only healthy weapon throughout most of the 2nd half of last year. I think we’ll see some regression as he won’t have nearly as high of a target share of the offense as he did last year. As the TE8, I probably won’t be drafting him this year, but he’ll still likely be a decent floor play. I’d much rather take a WR in that range and wait on tight end though.

Up next: New England Patriots