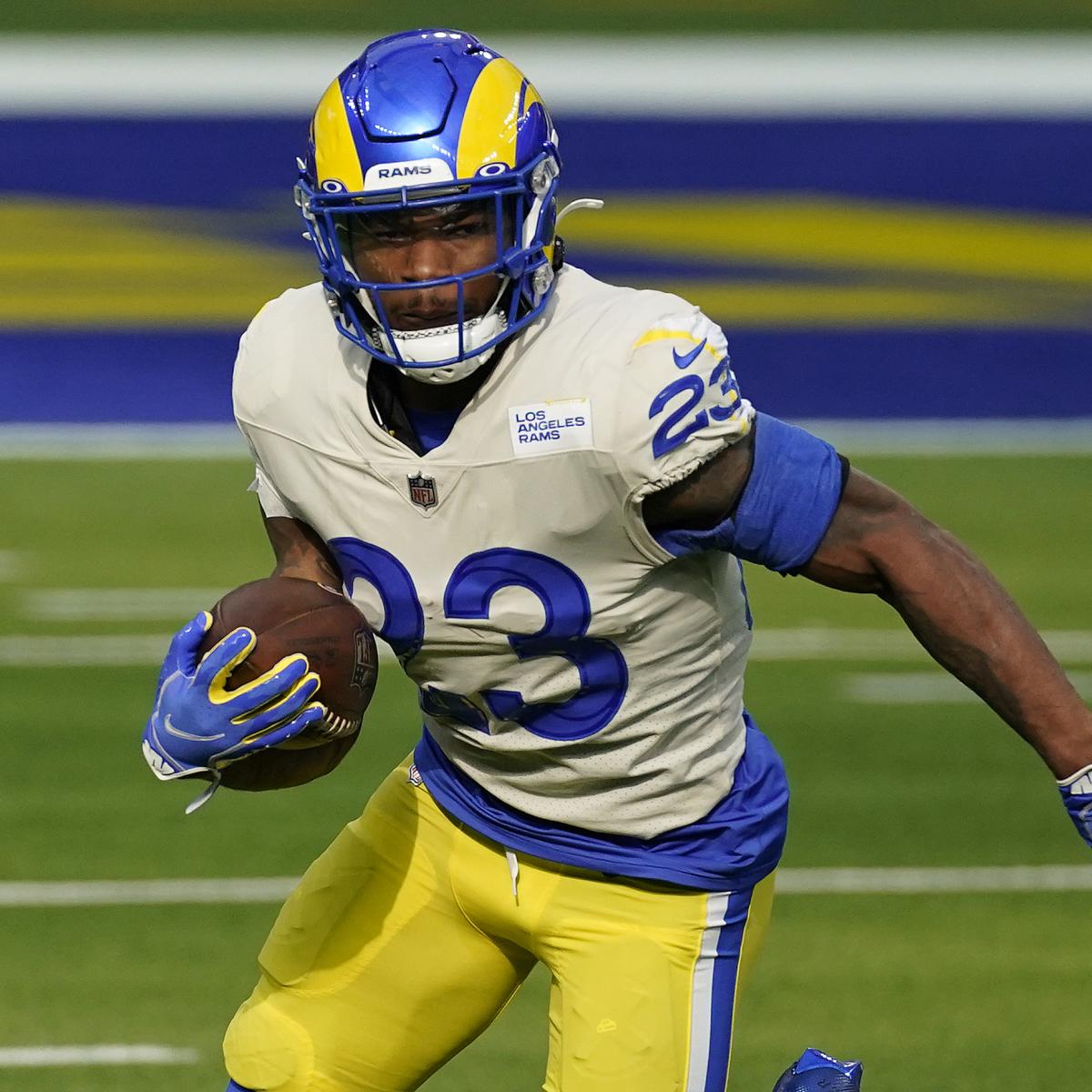 Cam Akers Has Torn His Achilles

Cam Akers has torn his achilles just 1 week from reporting to training camp. Akers was easily one of the most talked about fantasy assets for 2021. We took him in the 1st round of the FSGA Experts League. Just a terrible bounce for the sophomore running back who averaged 23.5 touches a game in his last 4 games of the regular season. With the addition of Matthew Stafford at QB Akers could have been a top 5 fantasy running back in 2021.

Twitter was ON FIRE this morning after news broke, Kyle Yates was getting dunked on left, right and center after giving himself a pat on the back for telling people to draft Henderson as a sleeper. That’s awesome bro, you encouraged people to draft a handcuff that is revolutionary type stuff. Let it be known that I encourage you all to draft Alexander Mattison, Tony Pollard and Chuba Hubbard. Be sure to thank me if the starter gets injured! 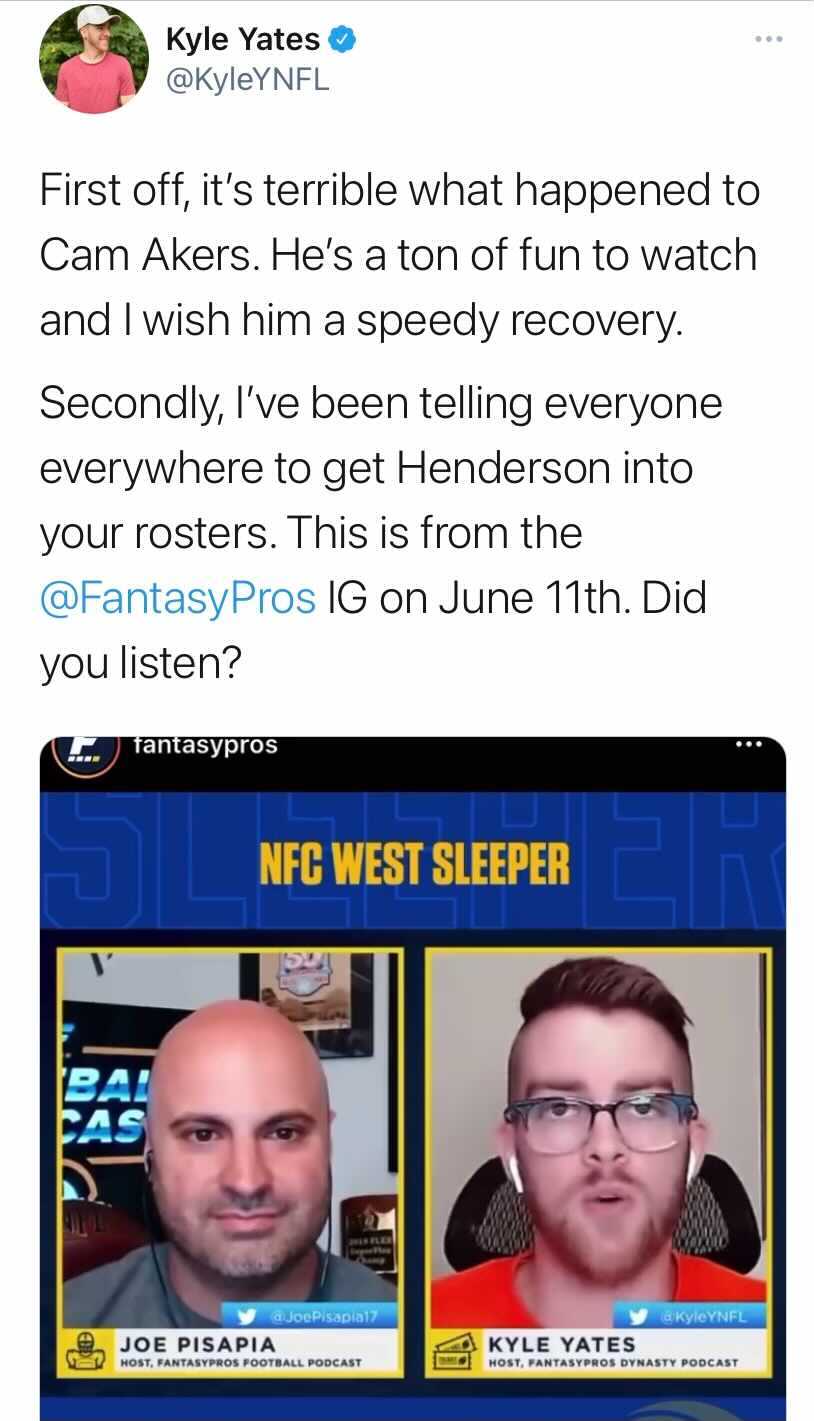 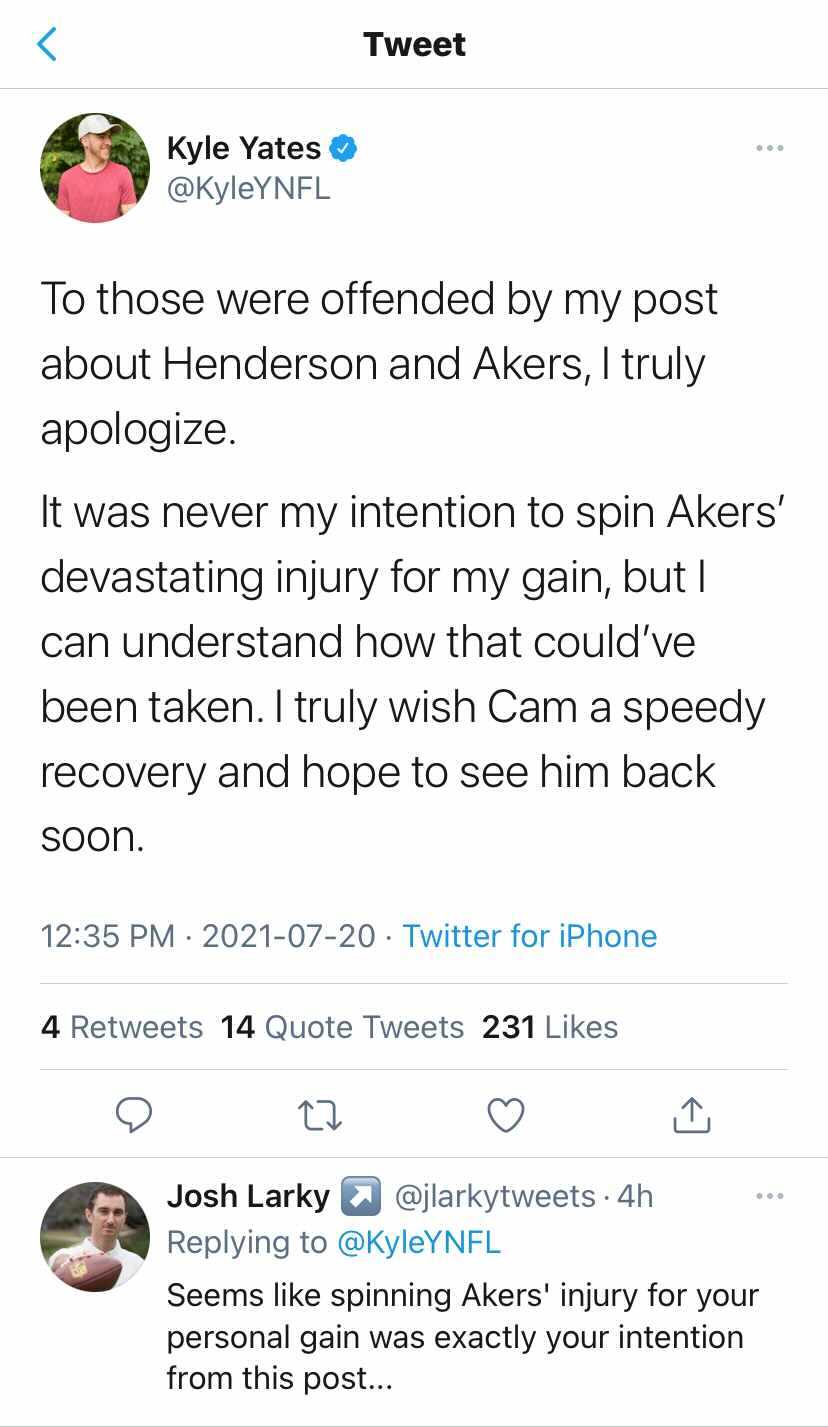 What an all time soft move by Mr. Kyle Yates here. We’re talking about a fantasy football take and it seems like Kyle may have been willing to take an apology to the trusty old notes app. Cam Akers doesn’t give a shit about your apology my friend and you shouldn’t be worried about apologizing.

Let’s get into how Akers injury impacts the fantasy football community and the Rams offense. Let’s start with those of you who have shares in dynasty leagues. Running backs have a very difficult time returning from this type of injury, it’s tough to see Akers being the exception. This team does not have time to waste, they are all in on this Super Bowl window they believe they have. The draft capital is there, as he was a late second round pick in 2020, but what’s to stop this team from drafting another RB in 2022? That new running back will also have rookie camp and OTA’s to get acclimated while Akers will be battling for the next year just to be available.

If I were to have shares of him in a dynasty league I would sit on him for at least the next few months. Even if he doesn’t return to what he was expected to be this season his value is only going to appreciate with time. On the other hand, someone else in the OwnersBox office said that it would be a “tough decision” if he had Cam Akers and someone offered him Javonte Williams. So if you could turn Cam Akers into Javonte Williams today I’d take that and run for the hills! 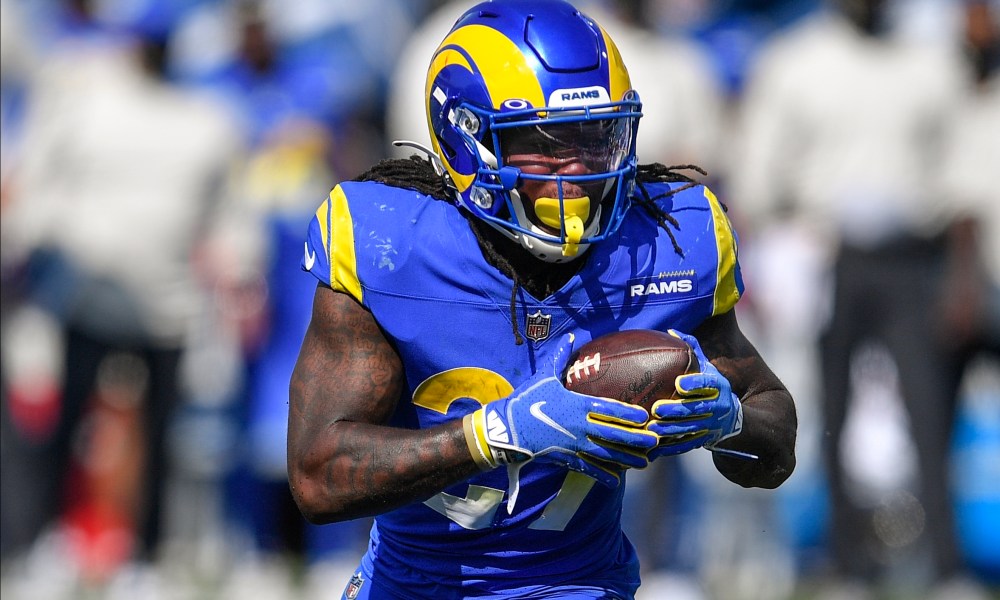 Now let’s talk about re-draft impact. For those of you that have already had your drafts and took Darrell Henderson late, congratulations! The rest of you have probably identified Xaiver Jones as the next man in line. At least that’s what I see, Jones played at a high level in his senior season at SMU. He had 23 touchdowns and over 1200 yards rushing. Les Snead even said the undrafted free agent nearly earned an opportunity to start late last season when Akers and Henderson went down, the team likes him.

I see Henderson projecting as a mid to back end RB2. I would take him over David Montgomery, Chris Carson, Miles Sanders and Josh Jacobs this season. What I’m thinking about most is whether or not there will be competition brought in. I’m pretty well positive that is going to happen, I can’t see them handing Henderson the keys to the backfield. He didn’t exactly play against heavy hitters in the American Athletic Conference (AAC) with Memphis and hasn’t seen a workhorse role in the NFL. I think Le’Veon Bell is the free agent to watch. After his woeful experience in Kansas City, where he has since made comments about his usage, I’m thinking he’s still got a lot to prove. Other potential options would be Adrian Peterson, Duke Johnson, Dion Lewis or T.J Yeldon. Yes, I’m leaving out Todd Gurley, I can’t see a reunion happening there. If Le’Veon Bell came into this offense then I think both could be reliable fantasy assets. Certainly more than Leonard Fournette and Ronald Jones. Sean McVay has built this offense through the play-action and the run so the volume will be there. The takeaways from this unfortunate injury should be that Henderson is now a 4th round running back and maybe consider Le’Veon Bell in the last round if you’re drafting right now!