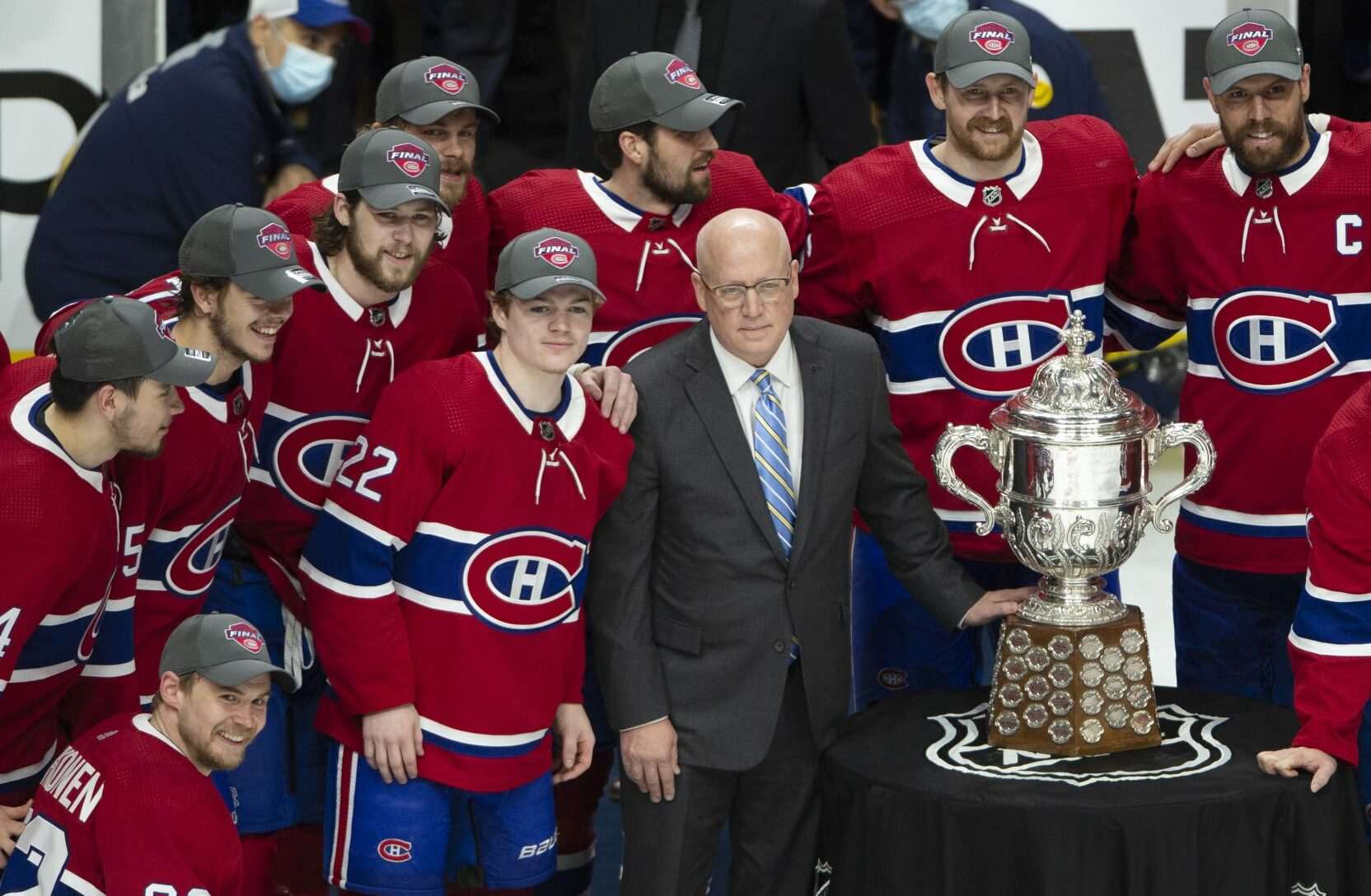 Hello and welcome to an article where I tell you all the reasons why Montreal should have won the cup. By the end of this article, you may experience side effects including, finding yourself in oversized goalie equipment, not having a basic understanding of the word “salary cap”, and being treated like the NHL’s firstborn child. Hope you enjoy it!

TIME TO SIZE DOWN BIG GUY

To begin, what in the world is going on here. 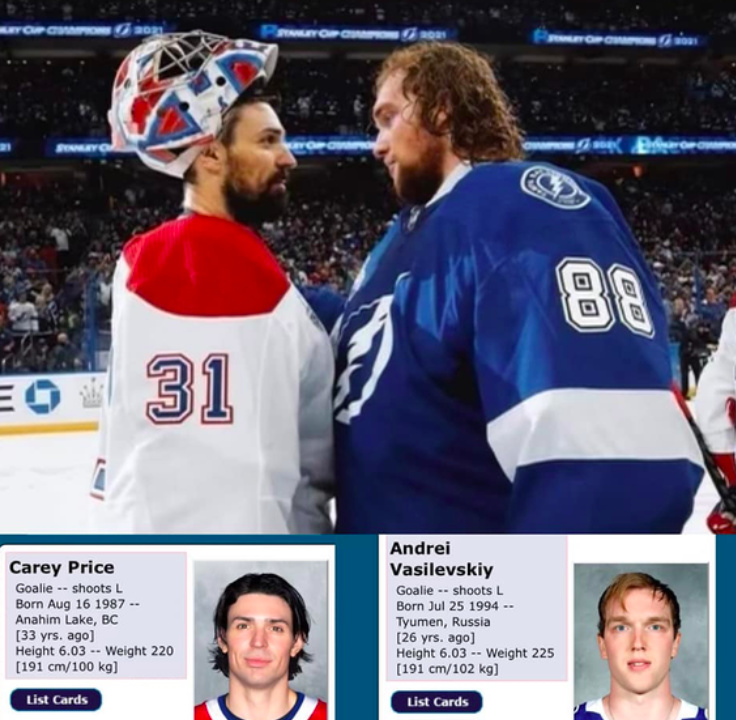 Before you say anything, I know that each goalie has their equipment checked and everything is signed off on, but something wasn’t sitting right with me here so I did some digging. Here, straight from the rule book, it says they have to be size-specific based on the individual characteristics of the goalie.

I thought hmm, okay maybe they just hold their weight differently…SO of course, I did some more digging, I looked up pictures of both of these guys out of their equipment, and lo and behold they are built the same.

I can definitely see more pucks hitting the back of the net if there’s less equipment to block them. I’m sure anyone can agree with that, it’s science, you can’t argue with science.

Thus, I conclude, what in the world is going on here. Would Montreal have won if his equipment was smaller?

Next, there is an ongoing debate about the Tampa Bay salary cap issues, yeah issues that’s what we will call them. The most important part of this debate is that according to the LTIR rules, once you are cleared to play you must be added back to the roster, and have your salary put against the cap for the games you will play. 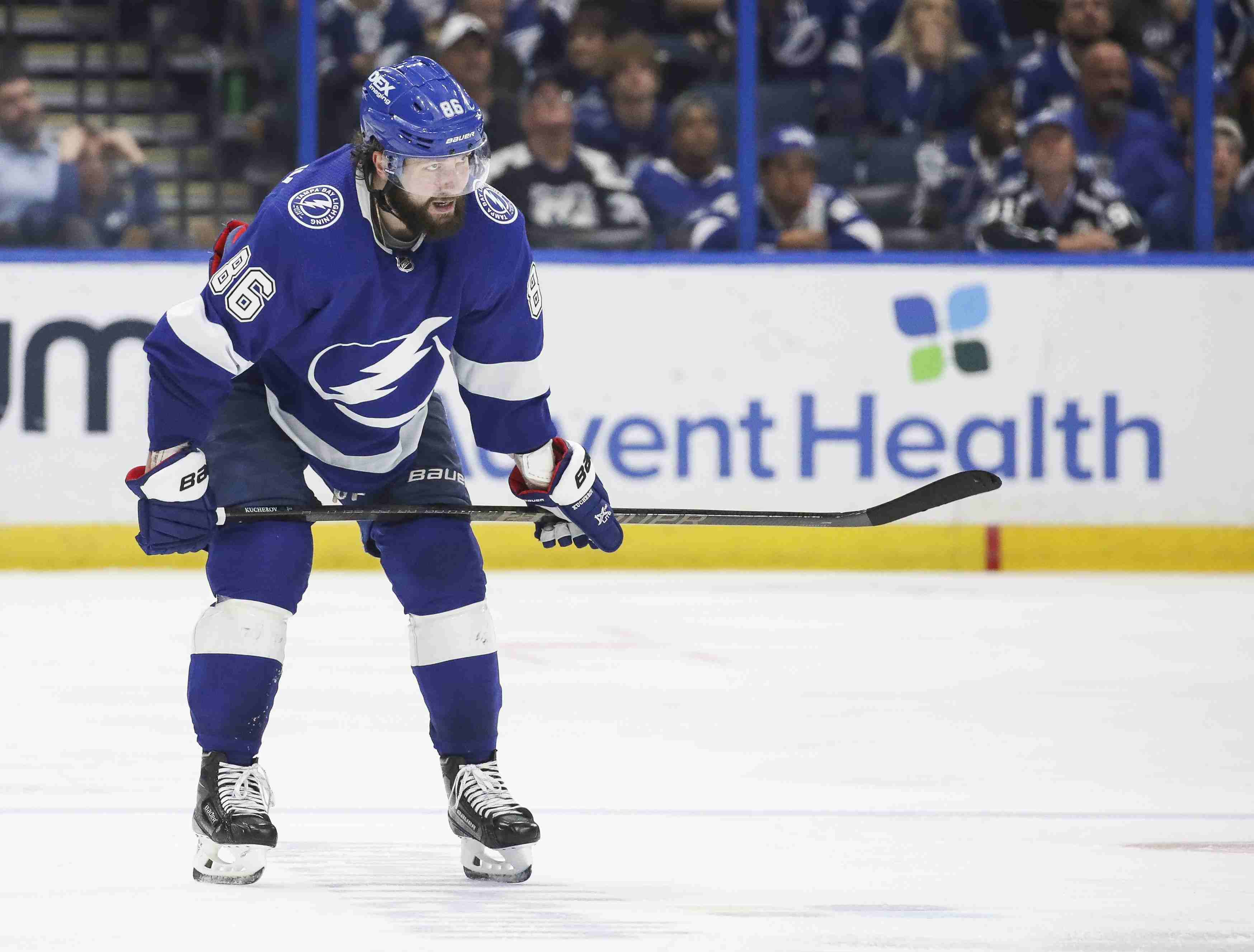 Some people (mostly Tampa fans) will say Kucherov’s recovery timing was just a coincidence- since he was out at the perfect time to not play any regular-season games, however, was fine to play in playoffs (there is no salary cap in playoffs). Meaning that they weren’t using the LTIR (Long Term Injury Roster) to illegally circumvent the salary cap.

However, Habs fans and well- anyone with a working brain cell, would at least be skeptical of the situation. By that I mean, they would think the timing was too perfect.

What’s interesting is he was seen skating in March and skated for over a month before he was taken off of the LTIR. That seems awfully long for the injury he sustained. I’m no doctor but, it gets worse because the day he was put back on the roster was right after Stamkos was moved onto the LTIR, leaving enough room to add Kucherov back on. I N T E R E S T I N G, isn’t it?

Since I am a Montreal fan, I ask- would Montreal have won if this “coincidence” didn’t occur?

Gary Bettman was reportedly not seen congratulating the Habs on their second-place finish (awkward). But hey, maybe the camera just got to him, maybe he forgot… right? I don’t wanna jump to conclusions, some people say he comes across as a bit snub in interviews so maybe the guy gets a bad rep. But at the end of the day, he is the commissioner and shouldn’t look like he’s favoring any teams.

He’s acting like an elementary school and the teacher’s pet. Everyone knows who the favorite is they just won’t say it out loud. He does look pretty excited to be in this picture though!!!

That was a joke btw. He doesn’t look too happy to be there.

Anyway, at the end of the day… the Habs put up a great fight and I am extremely proud of every game they played!! It would have been nice if it could have been Habs in 4 vs Tampa, but I’m too proud to be sad. Who knew there was so much tea in the NHL?