This Stanley Cup Finals has been built up to be one of the most exciting series in recent history. And in my opinion, if I could have hand picked two teams to go head-to-head in the Finals this year I would’ve gone with Colorado and Tampa Bay. The first game in what is expected to be a long series certainly didn’t disappoint as it was a back and forth battle with the Lightning coming back from down 3-1 to tie it 3-3, but unfortunately lost 4-3 within the first couple minutes of overtime. The Lightning vs Avalanche game 2 odds continue to favor the home side.

If the rest of this series is even remotely as electric as the first game then we should be in for a treat. Cale Makar said it best when asked about facing the defending champs, saying “They’re a team that’s looking to become a dynasty and we’re a team that’s looking to start a legacy”. As fans all we can hope for is a seven game series between these two great teams.

With Game 2 puck drop set for 8 PM EST on Saturday June 18th, let’s take a deeper look into the odds offered by BetMGM.

The Lightning are currently the back-to-back champs and are looking to be the first team to win three Stanley Cups in a row since the New York Islanders did it in the early 1980’s. However, despite this New York sports betting markets have Colorado as the favorite in not only Game 2 but now a significant one in the series.

This is understandable as the Avalanche are playing some of their best hockey at the perfect time. In this year’s playoffs they are currently 13-2 and have swept both the Nashville Predators and the Edmonton Oilers. Throughout Colorado’s lineup they are getting contributions from everyone, which has made it easier on their superstars as they aren’t being leaned on to carry the entire offensive load. This was on display in Game 1 as the Avalanche saw three of their four goals come from Nichushkin, Lehkonen, and Burakovsky.

However, with that being said, the Lightning have been exceptional throughout the playoffs at learning from Game 1 and creating a game plan to neutralize the opposing team’s offensive firepower.

Led by Jon Cooper, the Lightning coaching staff is one of the best in the league. Cooper has been the head coach for this team since 2014 and knows how to make adjustments, continuously enforcing the philosophy that it’s about winning the series not about winning Game 1. This thought process has been evident in these playoffs as the Lightning lost Game 1 against the Leafs and against the Rangers.

With this philosophy, the confidence comes from knowing that Cooper and the coaching staff is going to have adjustments for the players to make in the next game. Throughout each game the Lightning learn more about their opponent and are able to create a stronger gameplan for the next matchup, making it increasingly harder to beat them as the series goes on.

Jon Cooper talks about the @TBLightning performance in Game 1, the start of the series and Brayden Point's performance. #GoBolts postgame ➡️ https://t.co/bQy4mv5Bv2 pic.twitter.com/8wyVlKtvVh

Furthermore, there should be confidence within the Tampa Bay locker room knowing that they narrowly lost 4-3 in overtime in Game 1 and were able to neutralize the superstar players on the Avalanche. Not only did they barely lose in overtime but the Lightning also didn’t get a great game from Vasilevskiy, which should add to their confidence because they know when Vasilevskiy is locked in, then they are nearly unbeatable.

The deciding factor in this series will likely be goaltending and the Lighting have a large advantage in between the pipes. Vasilevskiy is widely considered to be the best goalie in the NHL and has played exceptionally well in the playoffs this year, while Kuemper is a solid goalie he has been injured during these playoffs and hasn’t played up to his level.

In Game 1 neither goalie played well as Vasilevskiy had a 3.93 GAA and a .895 SV% and Kuemper posted a 2.95 GAA and a .870 SV%. These numbers are wildly out of character for Vasilevskiy and we all know how well he plays in games after a loss in the playoffs as he is 18-1 following a loss over the last couple years. I expect a monster game from Vasilevskiy in Game 2 as he returns to form.

The Lightning are underdogs in this matchup, which should be music to the ears of those looking to place a wager on the game. The experience and coaching of the Lightning along with the goaltending should ensure that they end up on top at the end of Game 2. Vasilevskiy will remind the Avalanche that he is the best goalie in the NHL and the best they’ve faced in these playoffs.

With the Lightning making the proper adjustments, this combination will tear down the confidence of the offensive stars for the Avalanche, which should result in a Tampa Bay win. There is no need to get fancy on this one as we can get the Lightning at plus money simply through the moneyline. Because of this I am picking Lightning to win moneyline. 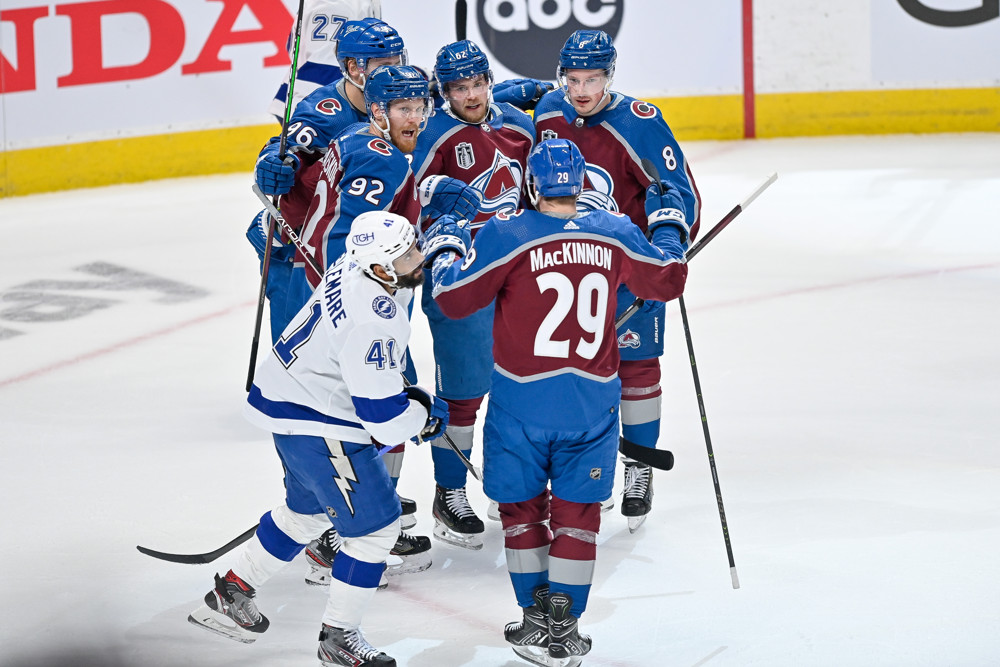 I guess this guy is human, still going to be riding his picks for the foreseeable future!