Hart Trophy Odds and Best Picks For the 2022 NHL Season 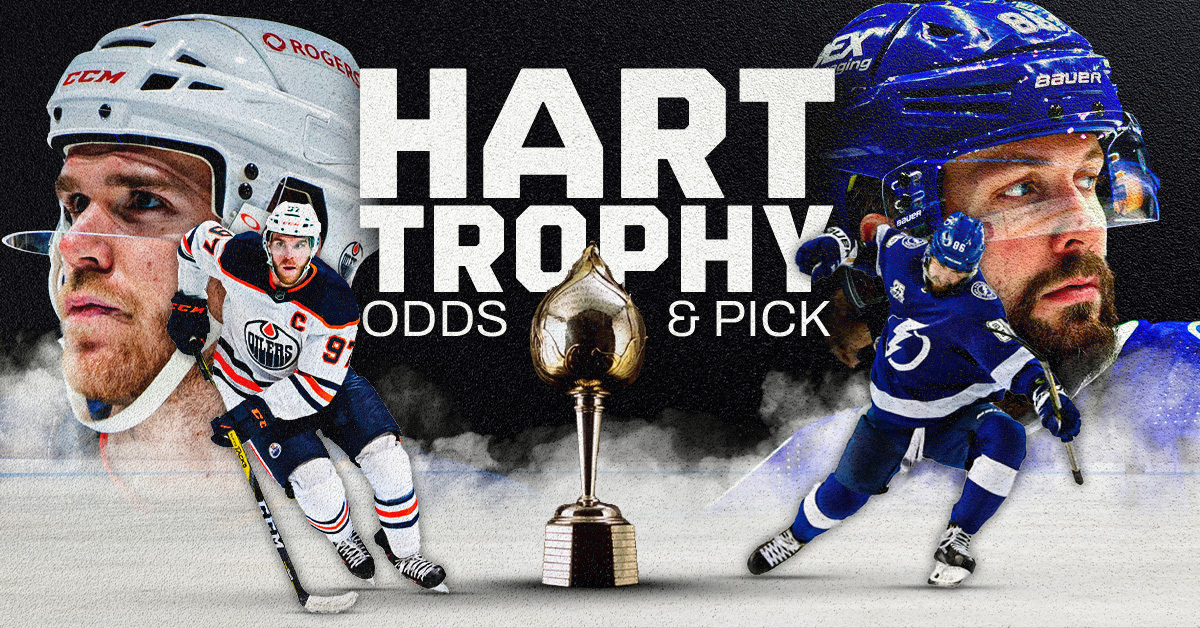 At the end of every season, the NHL gives the Hart Trophy to the player that is considered to be the most valuable to his team. Last year Auston Matthews took the trophy home after a historical 60-goal season. Every year the NHL seems to give the trophy to a different player as no one has won it two years in a row since Alex Ovechkin won it in 2008 and 2009. This suggests that Auston Matthews might not be a good bet despite his Hart Trophy odds being set at +400 to take home the hardware.

Another thing to keep in mind is that forwards are typically heavily favorited when it comes to the Hart Trophy race as the last goalie to win the award was Carey Price in 2015 and the last defenseman was Chris Pronger in 2000. With this in mind, it definitely makes sense to look to star forwards that will have a big impact on the success of their team.

This year McDavid is the run away favorite with his Hart Trophy odds at +250. This is to be expected as McDavid is widely considered to be the best player in the NHL and he will lead an Edmonton Oilers team that has Stanley Cup aspirations this year. With this mind, let’s take a look at the top 25 Hart Trophy odds to see if we can find a high value pick.

Be sure to shop around at all online sportsbooks for the best prices on your favorite targets. These odds are from DraftKings, but look at BetMGM, Caesars Sportsbook, and more.

If there’s anything to take away from this list it’s that Hart Trophy winners are more than likely going to be star forwards on Stanley Cup contending teams.

Of the top five players with the best odds, they are all forwards and they are all on playoff teams that could make a run for the Stanley Cup this year. With this knowledge, there is the potential to bet players with high value who also have a chance to win the award.

According to DraftKings the three players with the best Hart Trophy odds this year are Connor McDavid (+250), Auston Matthews (+400), and Leon Draisaitl (+800). All of these players are explosive offensive talents who score at will and are likely going to have 100+ point seasons.

They all fit the mold of Hart Trophy winners as they are superstar forwards on Stanley Cup contenders, not to mention they have all won the award; while, McDavid has won it twice, Draisaitl and Matthews have each won it once.

McDavid is probably the most favorable selection when it comes to choosing a Hart Trophy winner this year. The Oilers will have improved goaltending with the addition of Jack Campbell, which should help McDavid’s Hart Trophy case as the Oilers will hopefully be much improved defensively.

We all know that the Oilers are going to score a lot of goals, the big question mark will be the defense. If the Oilers shore up defensively and McDavid has another monster year, it will be hard to not pick him to win the Hart Trophy.

Draisaitl has the third highest Hart Trophy odds this year, but personally I would avoid picking Draisaitl because with McDavid on your team it will be hard to be considered the most valuable player to the team’s success.

If Draisaitl is going to win the award he will have to score more points than McDavid and look like the best player in the world, which I don’t think is very realistic. There’s no doubt that Draisaitl will receive a lot of praise this year and will be considered a top five player in the NHL; however, I don’t see a world where he overshadows McDavid and captures the Hart Trophy.

Matthews is coming off the best season of his career as he scored 60 goals and had his first 100 point season, resulting in him taking home the Hart Trophy. I would expect another big season from Matthews this year as he looks to finally push the Maple Leafs past their playoff nightmares.

While Matthews has made his way into the conversation for best player in the NHL and he is certainly a top three player in the game, I would avoid betting on him to win the award again. Ontario sports betting markets are finally available, but I wouldn’t waste your money on Matthews winning back-to-back.

In terms of the three players with the highest odds to win the Hart Trophy I think McDavid is the best bet. This isn’t anything groundbreaking and it should be somewhat expected as he is the best player in the world and he’s going to be on one of the best teams in the NHL. He meets the criteria for what the Hart Trophy voters look for perfectly, so I wouldn’t overthink this.

There are a lot of ways someone could go when making their Hart Trophy bet this year, but there’s one player that stands out to me and that’s Nikita Kucherov. The two-time Stanley Cup champion has been phenomenal in the playoffs the last three years as he looks like the best right winger in the NHL and one of the best players in the world.

And in those playoff runs, where he is playing against the best teams in the NHL, Kucherov has been unstoppable leading the postseason in points almost every year.

Unfortunately his last few regular seasons have been derailed by injury, which has largely caused a lot of people to forget about the type of player that Kucherov is. Last season he still played 47 games and had an astounding 69 points, which would’ve put him on pace for 120 points if he was able to play a full 82 game season. If Kucherov is able to stay healthy for a full season this year, he will remind everyone what he is capable of as he battles with McDavid for the points lead.

Not to mention Kucherov plays for the Tampa Bay Lightning, who are always one of the three best teams in the NHL. Because Kucherov will be one of the best players on a top team in the league he should garner a lot of discussion in the Hart Trophy odds. He checks of the two biggest boxes when it comes to the Hart Trophy, which as previously mentioned are being on a winning team and providing big offensive numbers for your team.

It’s also important to note that Kucherov has won the Hart Trophy in 2019, which was the last year that he played a full 82 game season. This suggests that health permitting Kucherov has just as good of a chance as anyone else when it comes to winning the award.

I would go as far as saying that if Kucherov played a full season last year he would’ve had one of the five best odds to win the trophy this year. By being injured the last couple years, Kucherov has now presented us the opportunity to bet on him to win the Hart Trophy this year with great value.