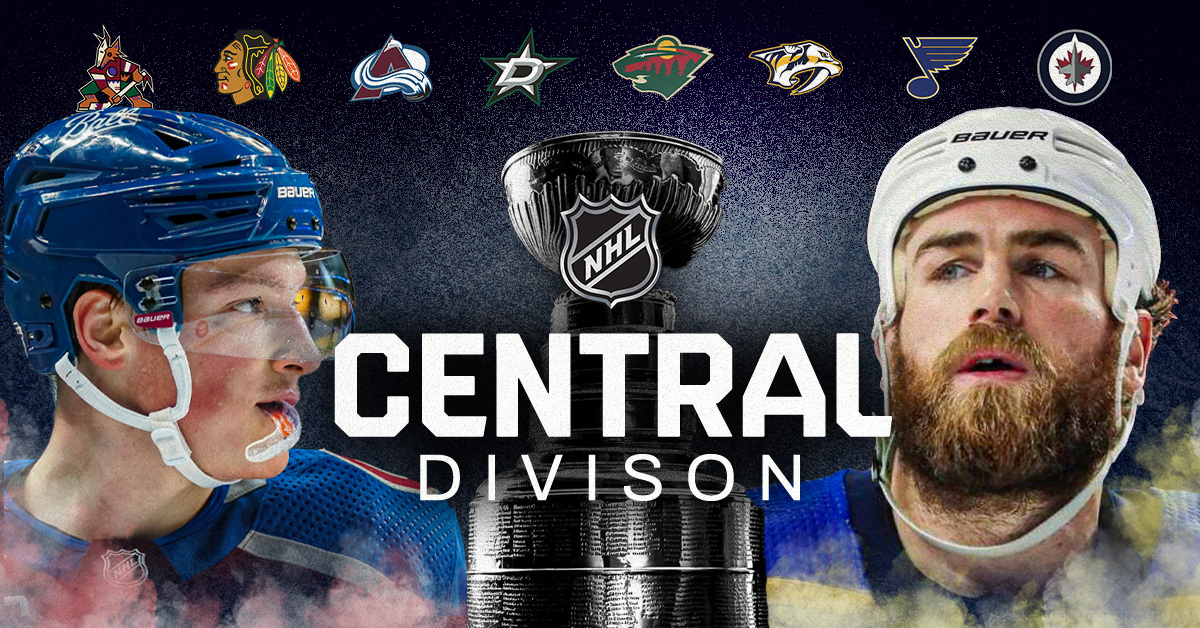 While many of the other divisions in the NHL have question marks surrounding where teams will likely finish at the end of the season, the Central Division odds indicate a different story. The Colorado Avalanche are without a doubt the best team in the division and rightfully so, considering they are the defending Stanley Cup champions.

With the winner of this Central Division being close to a certainty, the second spot is up for grabs as Minnesota, St. Louis, Nashville, and Dallas all have a chance to claim second. Each of these teams has experienced turnover in one way or another but they have primarily kept their core and in some cases, they are expecting their young guns to take the next step for them to make a Stanley Cup push.

At the bottom of this division will likely be Winnipeg, Arizona, and Chicago. Winnipeg is in no mans land, where they have some star players like Kyle Connor and Mark Scheifele, but they don’t have a strong enough team to make the playoffs, leaving them at the end of the lottery drafting between 12-14 every year. On the other end there is Arizona and Chicago who have committed to a rebuild and are both tanking for first overall pick to draft Connor Bedard.

Let’s take a look at the Central Division odds to win the division, make the playoffs, win the Stanley Cup, and over/under point totals at DraftKings.

BetMGM Illinois users won’t be too happy to see the expectations of the Blackhawks. Chicago’s point total is listed at 66.5, which is second lowest behind Arizona.

Heading into the 2022-23 season, the Colorado Avalanche remain the betting favorite to win the Central Division despite the losses they experienced in the offseason. Losing Nazem Kadri and Darcy Kuemper, who were both big pieces in the Stanley Cup run they had last year, will take some adjustments early on in the season; however, the depth the Avalanche have up front will make up for the loss of Kadri and the strength of Colorado’s defense should help Alexander Georgiev adjust to being a starter in the NHL.

After Colorado, it’s a dogfight between Minnesota, St. Louis, and Nashville for the second spot in the division. Each team has their own strengths and present strong arguments for why they could pose the biggest threat to the Avalanche winning their second consecutive Stanley Cup. St. Louis, Nashville, and Minnesota all have very well-rounded teams, with very little weaknesses in their roster.

If one of these teams catches fire during the season they have a chance to give Colorado a run for their money. And Dallas is just a tier below these teams, while they have one of the best first lines in the NHL and a strong goaltender there are more question marks around how they’ll perform this season.

How much do the roster losses hurt? Right now, a little. Eventually … eh.

Coming in the bottom of the division is Winnipeg, Arizona, and Chicago; while, Winnipeg isn’t in complete tank-mode like Arizona and Chicago, but they also aren’t of the same caliber as the other teams. As a result of this, there isn’t much value when betting on these teams as they present very little upside.

While St. Louis, Minnesota, and Nashville all have the potential to surprise fans this year, Colorado looks too strong to bet against as division winners, despite the NHL odds not being very profitable.

One could argue that the roster changes of Colorado are being undervalued, but even with Colorado’s personnel loses they will remain a force to be reckon with because of their core (MacKinnon, Makar, Rantanen, and Landeskog) and betting against them to win the division would be a mistake. The NHL odds for picking Colorado to win the Central Division this year is set at -150, which isn’t very enticing; however, picking against them would illogical.

Cale Makar had a historical season last year as he took home the Norris Trophy, Conn Smythe Trophy, and Stanley Cup, while also scoring 86 points in 77 games, setting a Colorado Avalanche record for points by a defenseman in a single season.

This year he will look to improve upon that and there’s no doubt that he will have another monster year. DraftKings has his point total set at an over/under of 78.5 points for the season this year, which almost seems too low.

If history is any indication of what’s in store for Makar this year then it looks like a 90 point season is more than realistic. Makar’s health hasn’t been a problem up to this point and his ability to produce certainly won’t be an issue either.

Playing with the high powered offense that the Avalanche have, Makar will once again be a beneficiary of Rantanen, MacKinnon, and Landeskog’s offensive prowess to name of few. And even if these players have a slower season, Makar is more than capable of generating offense on his own as he is a human highlight reel. I’d expect Makar to put together another Norris Trophy season and that’s starts with scoring a point per game again.