What We Learned from NFL Week 9 – Is the Packers Season Over? 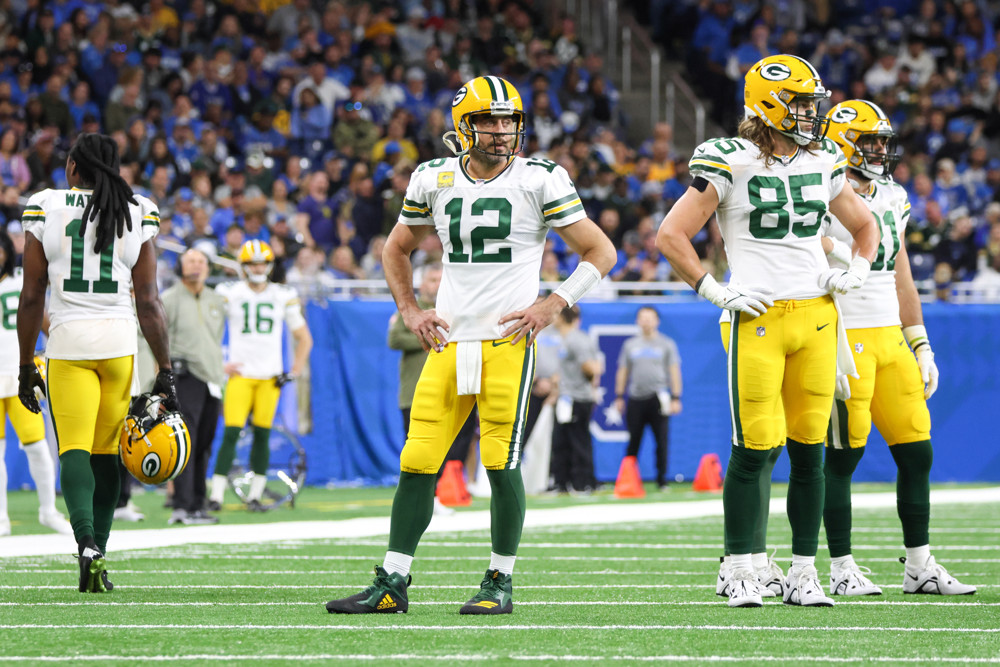 We have reached the point of the regular season where we can balance single-game expectations with big picture perspective. As we often see in the National Football League, an ‘upset’ of any proportion can happen. Still, people are frequently surprised by the outcome.

As always, the purpose of this column is to gauge how people will react to said “surprise.”

But what about the standard meeting of expectations? How are they gauged? The answer depends on timing. As we saw in Week 9, some teams and players have taken quite awhile to reach their current state, where Sunday’s results might have finally been the confirmation we needed in order to solidify how they are viewed.

The Buffalo Bills are Human

Sure, the Bills entered Week 9 with a loss on their resume, but losses happen. They are forgivable. Especially when a team makes a statement against the other AFC powerhouse in the Chiefs and continues a winning streak that makes it undoubtedly one of the best squads in the league. The team was probably going to lose again, but not as double-digit favorites. And certainly not to the Jets.

Alas, this piece of the article doesn’t get written if the Bills win. Buffalo winning isn’t news.

But losing to the Jets? That’s something. That’s worth learning from.

What did we actually learn from the Bills losing, though? More importantly, how will it differ from what others think they learned?

Therein lies the key to the big picture of how we want to best approach teams and their value. The Bills lost to the Jets because they were playing a division rival on the road. Those types of outcomes are found everywhere in the NFL. Division games are filled with familiarity and pride, and New York was coming off a tough loss in a similar situation just one week prior. The Bills may have taken them too lightly, but the reality is that Buffalo was in the wrong place at the wrong time.

Of course, we aren’t used to seeing that, but neither is anyone else. There might even be a bit of overreaction either against the Bills or for the Jets in the coming weeks as a result to Sunday’s game. We should not follow suit.

The Bengals Make a Statement

It feels like, each week, a different team is “making a statement.” That’s not because any particular organization is stepping up and delivering, but because so many refuse to do so.

The AFC, as a whole, is an example of this. Outside of the Chiefs and Bills, there is plenty of debate as to the upper echelon of the conference.

The Cincinnati Bengals made it known that they would like to be included in that discussion.

How could they not be after Week 9’s explosion? The 42 points were a season-high for the Bengals, but it’s absolutely possible that they could have scored more. They had the game won by the end of the first half and were basically running out the clock in the final thirty minutes of game time.

Obviously, there is a caveat. The Bengals took advantage of one of the worst teams in the league that just-so-happened to have a tiny bit of momentum after Week 8’s close loss. What can we really take away from that?

If, nothing else, we were reminded of what Cincinnati’s offense could do on a given week when the setup is right. It might not lead to a regular thrashing of opponents — and there still is the potential for a sudden collapse — but it’s inspiring to see that the Bengals are capable of excellence.

The Tampa Bay Buccaneers are Not Dead Yet

If we want “excellence,” then look no further than the game winning drive by quarterback Tom Brady — stop me if you’ve heard that one before. Brady and the Tampa Bay Buccaneers not only ended their losing skid, but did so in dramatic, “we-aren’t-dead-yet” fashion. The Buccaneers trailed by four points with 44 seconds left, 60 yards to go, and no timeouts.

Roughly a half-minute of game time later, the Buccaneers were kicking an extra point to push their lead to 16-13.

The win for Tampa Bay goes much farther than numbers. Tampa Bay continues to underperform by all standards set upon the franchise — warranted or not — and only a relatively weak division has kept them afloat for as long as we’ve seen. Had the Buccaneers lost, though, it might have been too much to overcome. Even if the record supported life, the downward momentum didn’t.

The Buccaneers still haven’t fixed their problems — the offense remains pitiful for the number of weapons it has — but they did fight back and show us that we may not be ready to bury them.

But the Green Bay Packers are Dead

Bury them. What the aforementioned Buccaneers did, the Green Bay Packers couldn’t. And the Packers don’t have anywhere near the same luxury of a weak division like the NFC South. Green Bay has no chance to catch the NFC North-leading Vikings, and a Wild Card berth is a laughable proposition given the team’s resume.

What’s most frightening about the Packers is the series of unacceptable losses over the past month. First it was the Giants. Then the Jets. Then Commanders. Then the powerhouse of the Bills where everyone could collectively nod their heads and move onto the following week. That’s the one when the Packers travelled to Detroit to take on the one-win Lions.

#Packers Rashan Gary tears his ACL and is out for the season.

Aaron Jones is believed to have a high ankle sprain. Green Bay season keeps getting worse.

There’s simply no way around it. The Packers are sinking fast and only the idea of quarterback Aaron Rodgers playing out-of-his-mind had kept the team’s perception alive as long as it had.

We will now wait for the value to shift back in Green Bay’s direction — which might happen soon as its next game is against Dallas — and possibly buy back in at a low point. The only concern is that there might not be another rebound.