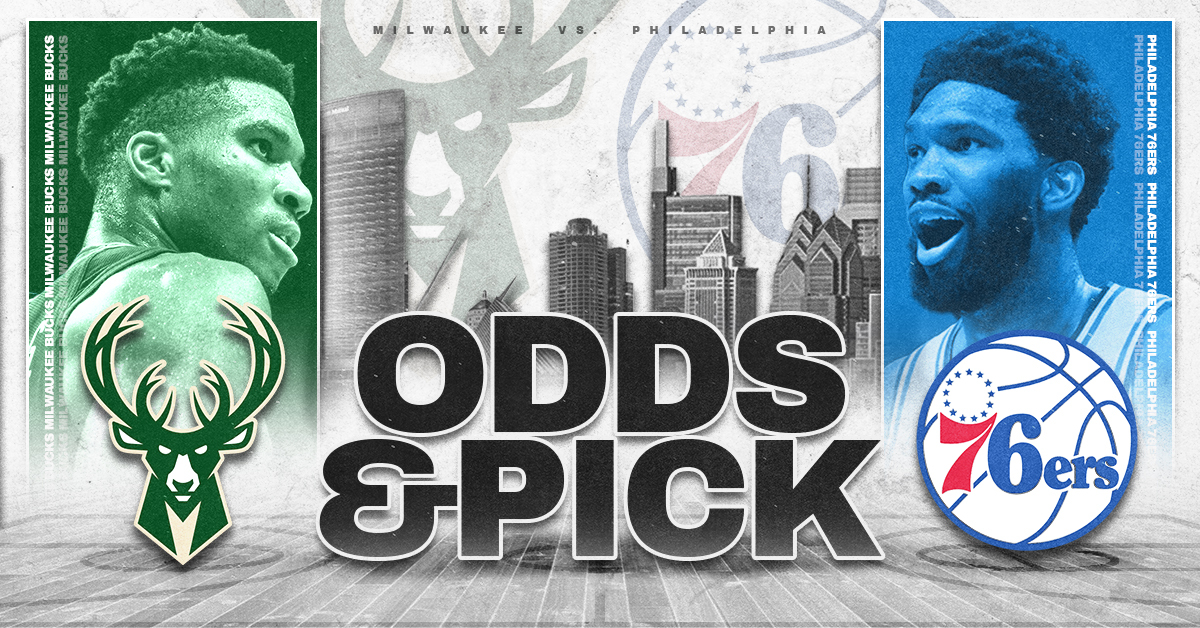 The Philadelphia 76ers took a loss in their first game of the season, but now they welcome in the Milwaukee Bucks on October 20, 2022. Tip-off is set for 7:30 PM EST at Wells Fargo Center. Pennsylvania sports betting markets list the hometown team as short favorites in the Bucks vs 76ers odds.

Let’s take a look at the Bucks vs 76ers odds at BetMGM as we break down our best NBA pick for this game.

Use the BetMGM bonus code ‘OWNERSBOX‘ and get a risk-free bet up to $1,000 for Bucks vs 76ers, and more daily NBA bonuses every day.

Users in Pennsylvania sports betting apps can use the BetMGM bonus code for this game and any NBA game moving forward.

In the 2021-2022, season the Milwaukee Bucks only found themselves as road underdogs 17 times through the 82 game season, and it rarely went their way. They had 17 opportunities to cover for the boys and only succeeded on six occasions — that simply did not cut it for Bucks bettors. Oddly enough, of the 11 times that they didn’t cover their spread, they actually missed the spread by 13 or more points.

After what many believe to be an early exit last year, losing to the eventual Eastern Conference Champion Boston Celtics in the Conference Semifinal, the 2021 Champions are looking to get off to a hot start. This offseason the Bucks went the route of retainment, and didn’t bring in really any new faces, but that typically is a sign of success for being on the right page to start the season.

These two teams faced three times last year and went 1-1-1 ATS, with the Bucks covering in Philly the last time they played. Here’s the thing — to regular schmo’s, we look at Milwaukee and Philly, and our little pea-brains immediately think “under.” It’s not a horrible take because both teams were in the Top 11 to the under last season. However, all three of their matchups last season resulted in the over-hitting by an average of 12 points.

Is it Iron sharpening Iron? Is that the cheesiest line of this article? SURE.

Here come the 76ers, once again. Not really the 76ers, but here comes a Doc Rivers team, once again. Is Doc one of the most overrated coaches of all-time or what? The man continues to represent some of the most talented rosters in the league and other than returning the Larry O’Brien Trophy to Boston in 2008, his teams have continued to underperform.

Sixers' Doc Rivers has enters his 24th season as an NBA head coach with a 1,043-735 record. pic.twitter.com/yEOA6uwClI

The city of Philadelphia is certainly buzzing right now with the success of the Phillies, but as far as their ability to have any impact on this team last year, there wasn’t much.

Now, as a home favorite, this team was able to shut down their opposition and hold the games to the under nearly 60% of the time (21-15-1 to the under). I see that playing to our advantage as bettors, with Philly going up against a Milwaukee team that against most of the league also plays to the under.

To wrap it up, this game could go either way.  My heart says Milwaukee is going to take the win and push the 76ers to 0-2, but it’s not close for me to put my units aside.

So, let’s look at this total.  With all of the statistics pushing towards the under, I see us being able to hop on a line that has shown in recent history to be set too low. If this stays in the 223-226 range in the Bucks vs 76ers odds, I’m all over the over.

Two negatives make a positive right? Go ahead and lock that in as the second cheesiest line of the article. The 76ers are no longer leaning on James Harden to be a 10-10-10 guy. They need him to return to the three-time scoring champion status, and we saw that in Game 1 with him putting up 35.