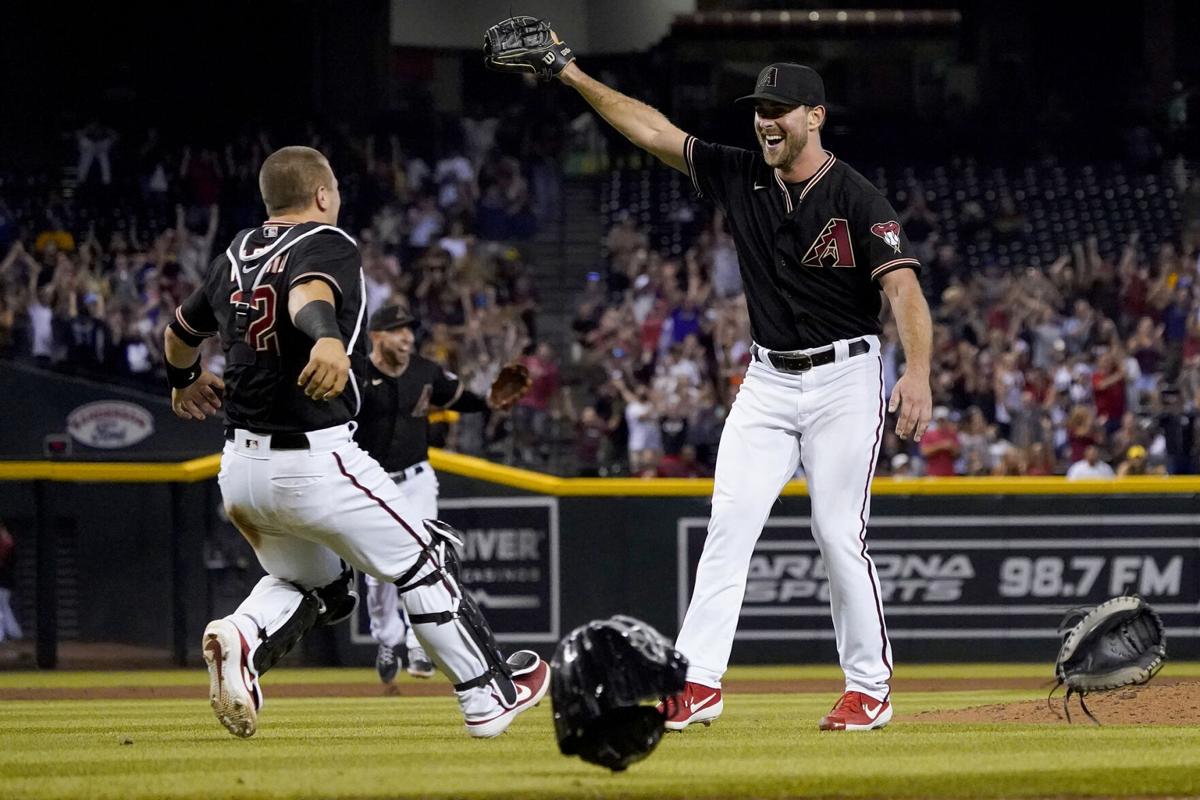 I’ve been a die hard San Diego Padres fan my entire life. Anyone who follows baseball knows that being a Padres fan over the past 20+ years has been a miserable experience. The shortened 2020 season was the first time the Padres made the playoffs since 2006 and they won their first playoff series since 1998. You would think that a lifetime of supporting a team with little to no success would make it so nothing could happen that would make any fan say, “Rock Bottom.”

But last night, this happened.

A no-hitter in his first career start.

What a magical moment for Tyler Gilbert.

Logan Gilbert, a man making his first career start in the MLB, pitched a no-hitter against the San Diego Padres.

I’ve witnessed very bad Padres teams. Teams that didn’t deserve anyone’s eyeballs to be on them. I’ve seen my team get no hit on multiple occasions. But last night hurt more than all of those times combined. And that’s because this is a team that’s supposed to be a World Series contender. It’s a lineup with multiple all stars. Multiple guys who have been legit MLB players for quite some time. It’s a team that I have genuinely believed could bring my beloved city our first professional sports championship. But I don’t know how any of us could say that with a straight face now.

Last night we got embarrassed. We lost our 3rd straight game in as many days to worst team in baseball. We got no hit by a pitcher making his first career start. If that’s not rock bottom then I truly don’t know what is. I thought it was rock bottom when that clown Ken Rosenthal told the world that the Padres traded for Max Scherzer only to see him go our hated rivals up north by the end of the day. But that feeling doesn’t compare to the feeling all Padres fans had last night.

As I’ve said, this is a team that we have all believed could win a championship this year and that’s what makes this so worse. I’m not used to having expectations with this team but I do and they’re high. But since May 29th, the Padres are 32-34 and it really feels way worse. The month of August was supposed to be the month we made a push for the NL West division title since we are exclusively playing teams who are in either last or 2nd to last in their respective divisions. But instead we are being dominated by teams who have zero chance at the playoffs this year and are now TEN (10!!!) games behind the Giants.

Somehow the Padres are entering Sunday with a 2.5 game lead over the Reds for the 2nd NL wild card spot. But it sure feels like we’re 10+ games back with no chance at actually making the playoffs. The injuries continue to mount and those who are healthy aren’t playing nearly to their potential. I’ve always considered myself one of the most optimistic Padres fans but it’s getting harder and harder by the day. I truly want to believe that last night was something that this group needed to have happen. To be something that embarrasses them and wakes them up. I really hope that’s the case but, until I see it, I won’t believe it.

To sum this up, I’m just sad. Last night was an embarrassment for my team and I just don’t know how they’re going to bounce back. I hope I can look back on this blog in a couple of months and laugh at my misery but today there’s nothing for me to laugh at about. If the Padres are truly going to be a World Series contender this year, then they need to show us something today. They need to show that last night embarrassed them and that they are a significantly better ball club then what they’ve been showing. Only time will tell.

There has never been a better time for the MVP, our king, to come back off the IL.

If you like this article, be sure to check out more of our baseball content. Also, we are hosting daily free-roll MLB contests on our platform for the rest of the season. Sign-up to play Weekly Fantasy Baseball here and use promo code “MLB10” for a free $10 entry into any MLB tournament contest!