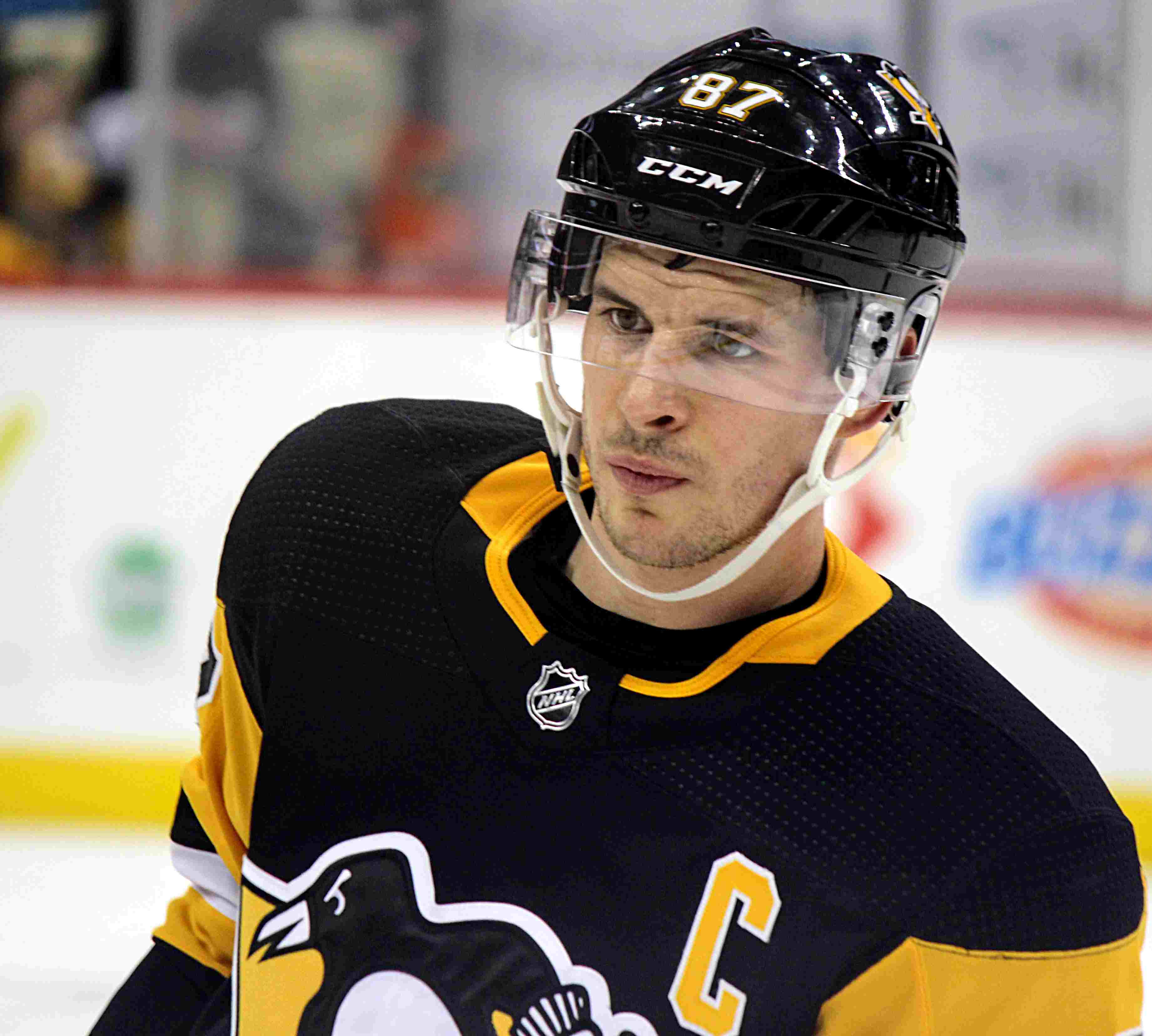 The following is a sample lineup for the Contest of the Week on OwnersBox. 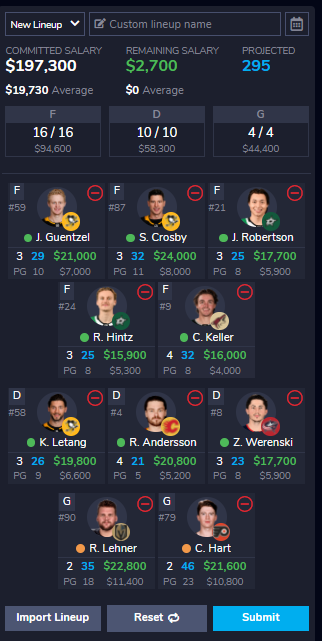 Crosby has been cold as of lately, as he’s started with only 2 points in 7 games. I’m betting on him getting hot this week against a couple of favourable matchups

Letang is consistent to the max averaging a solid 8.3 fantasy points/game. He’s good for 2 shots/game and 1 block/game with plus/minus upside. He should get plenty of chances on the powerplay this week with Crosby figuring his game.

I’m banking on this Stars first line to go off, Hintz + Robertson stack on the first line. Robertson has been inconsistent this year with having big games and some low production games. He has put up some big numbers such as 35 and 16 fantasy points this season. He still has 10 points in 11 games, which is still impressive. I’m banking on him finding his game with Hintz against a bad Coyotes game to start.

Keller is blazing how right now for the Coyotes. The Coyotes have been horrendous, but have been playing better hockey as of lately. Keller has 7 points in his last 4 games and has 13 points in 20 games for the year. The price tag for Keller is extremely low for someone who averages near 20 mins TOI every night. If you’re looking for a cheap option, I reccomend taking a hard look at Keller to fill your lineup.

The Golden Knights have been struggling a bit dealing with all of their injuries. Pacioretty and Stone are back in the lineup, which gives the Golden Knights a huge bump. Lehner currently has a 9-7 record with a 2.95 GAA. The Coyotes matchup is juicy along to pick Lehner for your lineup. I think the Golden Knights still have a great chance at beating the Ducks who have the worst PP in the NHL.

Hart’s been having a great bounceback season with the Flyers with a 2.39 GAA. He’s projected to start against two below average teams in the Devils and Islanders. The value of $10,800/game is worth picking for your lineup.