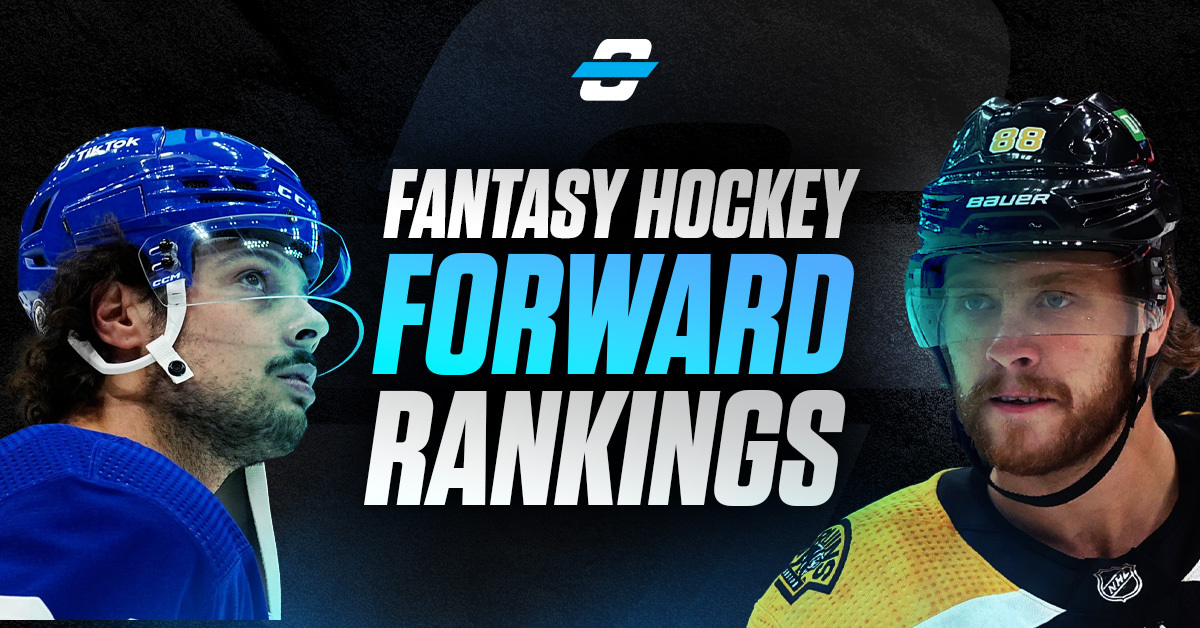 With the NHL season closing in on us, it’s now time to start looking into which Fantasy Hockey forwards possess the highest upside. Every season there are usually about three or four players who possess the potential to have the most points; however, recently it seems like it’s always McDavid who is leading the charge as the clear-cut best forward in the league.

With that being said, it’s not the best player that wins Fantasy Hockey championships, even though they are definitely helpful; rather, it’s the players that you are able to draft in the middle to late rounds. Last year a player that not many people expected to perform as well as he did was Jason Robertson, who ended being a 40-goal scorer. Now it’s time to find players similar to Jason Robertson in the sense that they can be drafted in the later rounds, but perform to a level much greater than their current Fantasy Hockey draft position indicates.

With that in mind, this article provides a ranking of 60 Fantasy Hockey forwards in the NHL who have the potential to make big contributions. And on that premise, use these forward rankings to help you find those late round gems that inevitably take you to the promised land in your fantasy league.

Rankings updated as of September 27th