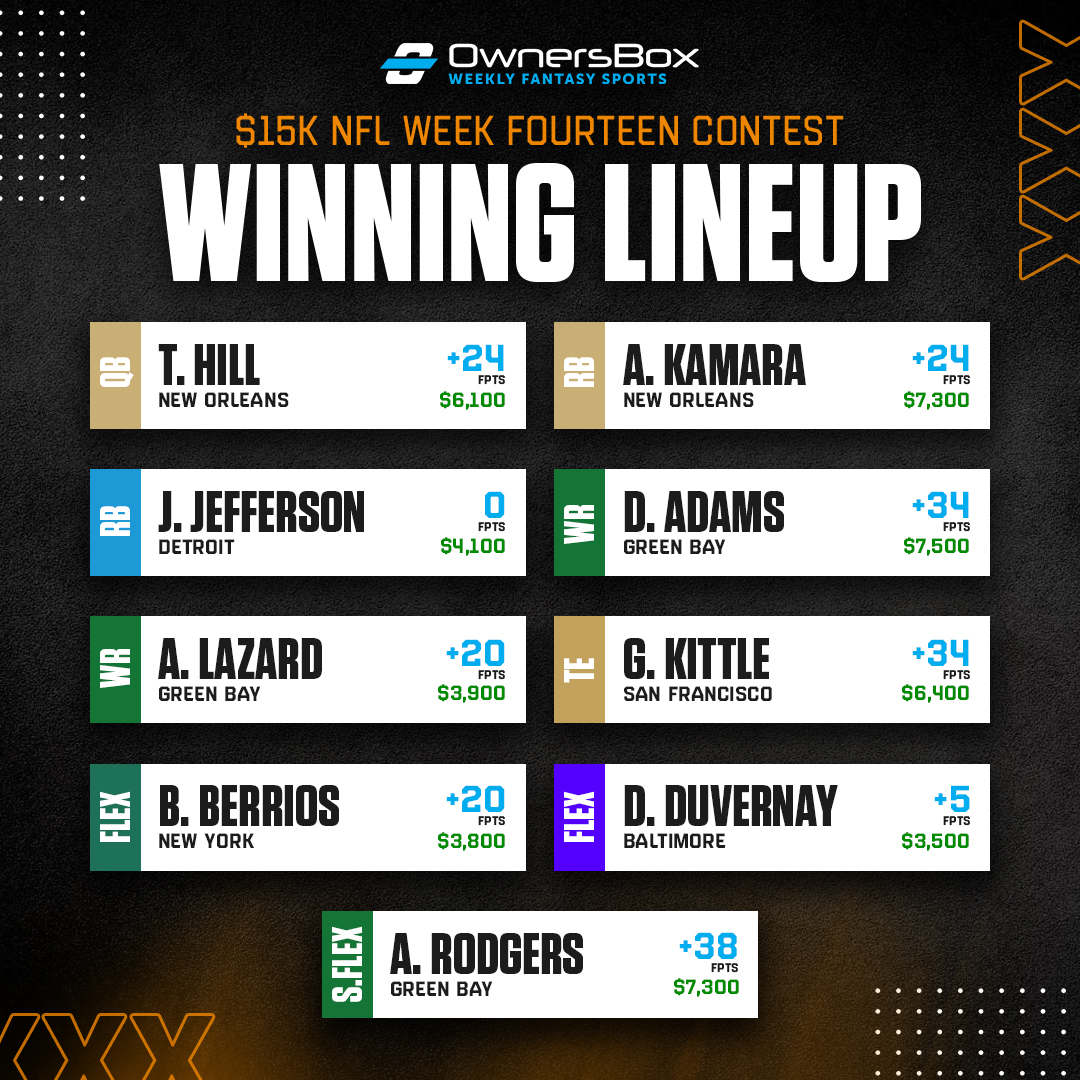 The Week 14 contest is in the books. Let’s dive deeper and see how it worked out for our winner.

The New Orleans Saints rushing stack and the Packers air attack stack were the main reasons this lineup did well. The Jets had ranked last in Defensive DVOA and were poor against the run, making Alvin Kamara a chalky play at 17.1% rostered (still worked out). If you guys read my undervalued players article for Week 14, I loved Taysom Hill for his rushing upside, which helped hit on this poor Jets team.

The Packers stack worked out really well. The team obviously had no problem putting up points, but this user decided to skip on one of the highest rostered players in the contest, Marquez Valdes-Scantling (14.9%), and went for Allen Lazard and Davante Adams instead. The 15 point difference between Allen Lazard and MVS made this pivot pay off. Davante Adams and Aaron Rodgers were back in form, helping up the total fantasy points.

This week, one of the best value hits was Braxton Berrios of the Jets. The Jets were without Elijah Moore and Corey Davis making this an already good value. At just $3,800, the Jets wideout only had 6 receptions for 52 yards through the air, but what made him so valuable was what he could do in the return game. One of the unique parts of the platform is the addition of return yards. Berrios added a bunch of value with his 183 yards on special teams. When filling out your lineups for next week, make sure to take this into account.

When you pay up for a star at a specific position, you need for it to work out, and it couldn’t have been better than what Kittle did this week against the Bengals. 13 receptions, 151 yards, and a touchdown as the Iowa product seems to be fully BACK after consecutive boom weeks.

Obviously, this one didn’t work out. I just thought that had to be mentioned.