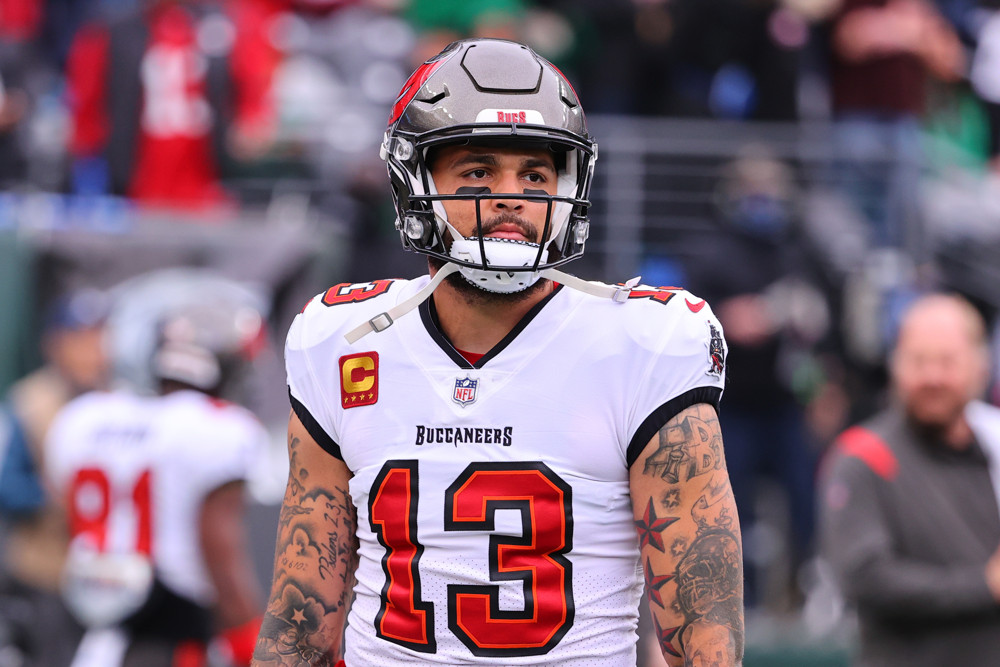 NFL training camps are just a few weeks away, so it’s time to start preparing for your 2022 fantasy football drafts. In this article, I will be going round-by-round and selecting the players who I think have the best value. These selections are for a 12-team PPR fantasy football league for rounds one through twelve.

Despite missing half of last season with a foot injury, Henry still finished as a top 16 running back. Additionally, he was the RB1 on a point per game basis, averaging 24.2 points per game. The Titans traded A.J Brown in the offseason meaning they will be relying on Henry even more. He is the most consistent RB in the NFL and has averaged over 19 fantasy points per game over the last three years. I think he has the best chance to contend with Jonathon Taylor for the RB1 finish, and he is a steal at his current 4.4 ADP.

Aaron Jones could very seriously lead the Packers in receptions next season. The Packer’s offense in 2022 will have a much different look than it did last season. That is because they lost the best receiver in the NFL, Davante Adams, and now find themselves without a true No. 1 WR.

Last season Jones was actually second on the Packers and a top seven RB in the NFL in targets (65), and receptions (52). The Packers No. 2 WR Allen Lazard only had 40 receptions for 513 yards last season. Since 2020 in games Davante Adams has not played, Aaron Jones averages close to 23 fantasy points a game, which would have ranked him second last season.

Mike Evans is one of the most consistent WRs in the NFL, as he has gone over 1000 yards in all of his eight NFL seasons. He also has 27 receiving touchdowns in the last two years and averages 9.4 touchdowns a season for his career. Furthermore, he has had over 100 targets every year he’s been in the NFL and averages 132.3 a season. The Buccaneers led the NFL last season in passing attempts (731) by a wide margin, and that is not expected to change in 2022. The Bucs No. 2 WR Chris Godwin is coming back from an ACL tear and his timetable is up in the air. Additionally, they lost Antonio Brown and Rob Gronkowski in the offseason, which leaves a lot of targets up for grabs which I think Evans will capitalize majorly on.

Pittman is the true WR1 in Indianapolis. He ran a route on 96% of offensive dropbacks last season, which was behind only Cooper Kupp and Ja’Marr Chase. He was also eighth in the NFL in target share (24%), and the closest Colt was Zach Pascal (13%). Furthermore, from weeks 13-18, he had a 31% target share. With Matt Ryan now under center Pittman’s fantasy value should only go up. Ryan is someone who has been able to sustain not only one but two elite fantasy WRs in the past, with Julio Jones and Calvin Ridley. Now in year three, with an improved offense, I believe Pittman will improve on last year’s WR18 finish.

Coming off the best season of his career, Williams cashed in during the offseason by signing a three-year $60 million contract extension. He put up career highs in targets (129), receptions (76), and receiving yards (1146). Williams even finished with more fantasy points than teammate Keenan Allen who is being drafted almost 30 spots before him. With another year of development for Justin Herbert and a juggernaut of a Chargers offense, I don’t see any reason Williams should not finish as a top 15 fantasy WR.

Denver will have a completely new look offense come next season. This obviously comes after the acquisition of superstar quarterback Russell Wilson. Last season, Denver running backs had 455 carries, fourth in the NFL, and Denver QBs only had 541 passing attempts, 23rd in the NFL. Denver’s QB situation last season was abysmal and no player on the team had over 100 targets. Despite that Sutton led the Broncos in targets (98) and receiving yards (776).

I project Sutton and not Jeudy to be the Broncos WR1, and I expect him to play a role similar to what DK Metcalf did in Seattle. In Sutton’s last healthy season he put up 72 receptions on 124 targets for 1,112 yards and six touchdowns with Joe Flacco and Drew Lock at quarterback. If he can get back to those numbers he will smash his ADP out of the park. He’s listed as a top-12 WR in our wide receiver rankings!

There was no bigger surprise than Patterson in 2021. He finished as the RB9 in total points and from weeks 1-14 he was the RB7 averaging 15.8 points per game. He averaged almost five targets a game, and his 25% target rate per route was number one for running backs. Additionally, he was second in yards per route run behind only Christian Mccaffrey. He plays somewhat of a utility gadget role in the Falcon’s offense, which they started to get away from towards the end of last season. The word in training camp is that Patterson will be back to being used as a dynamic utility player in the rushing and receiving game. He is currently being drafted as the RB41, but I could very easily see him finishing in the top 30, making him a must draft running back in 2022.

Wilson was apart of potentially the biggest move in the offseason which saw the All-Pro get moved from the Seattle Seahawks to the Denver Broncos. The supporting cast on the Broncos is not as good as Seattle, but Nathaniel Hackett at head coach is an upgrade over Pete Carroll. Hackett was the Packer’s offense coordinator before and has a long track record with successful fantasy QBs. He has been a top-six fantasy QB five times since 2014 and is currently being drafted as the QB11. Although 2021 was somewhat of a down season for Wilson, before his finger injury in week five, he led the NFL in passer rating (133.6), and yards per attempt (10.4). That combined with the plethora of weapons the Broncos have been why I am targeting Russ in all of my drafts this season.

Fantasy managers are still trying to figure out what happened with Aiyuk last season. Coming off an impressive rookie season, he played sparingly in the first half of last season, averaging just 4.3 fantasy points per game. After week seven though, he turned his season around massively, averaging 13.1 fantasy points per game in the last 11 weeks of the season. Additionally his yards per route run (2.16) was 13th in the NFL during that timespan. If Aiyuk can carry over his second-half production into 2022, he could end up smashing his ADP in a similar way that Deebo did last season.

Jones seemingly took a step backward last season as he was regulated to backup duties behind Leonard Fournette. In 2020 on the other hand, when he and Fournette were sharing carries, he put up 1,143 all-purpose yards and 8 touchdowns. Jones signed a one-year deal with the Chiefs in the offseason and will start the season as a change of pace back to Clyde Edwards-Helaire, but there is no reason why he could not take that starting job by the end of the season. CEH only had 517 rushing yards last season, and his 0.87 fantasy points a touch was not even in the top 120 at the flex position.

There are few receivers in the NFL who find themselves in a better situation than Lazard. He is Green Bay’s and most importantly Aaron Rodgers, number one receiver. Aaron Rodgers even told reporters on June 7, “He’s getting an opportunity to be a number one receiver, so I’m not worried at all about him stepping into that role.” Lazard has a ridiculous 134.4 passer rating when targeted, and 66.7% catch rate which will be needed having to step up with Davante Adam’s gone. Adams had an absurd 169 targets in 2021, which was only behind Cooper Kupp. In the final five weeks of 2021, Lazard was the WR8 but is currently being drafted as the WR49.

No tight end should make a bigger leap than Kmet in 2022, he could be top-12 tight end. His ceiling has been capped his first two years in the league by Jimmy Graham who has been the Bear’s end zone threat catching 11 touchdowns in the last two seasons compared to Kmet’s one. The Bears did not resign Graham in the offseason which means Kmet will be on the field almost always for the Bears. He already had the seventh highest target share for tight ends last season (17%), and should only improve on that next season. He also finished last season with the most fantasy points under expectation (-36.6).