Avoid These Early Round Running Backs in 2022 Fantasy Football 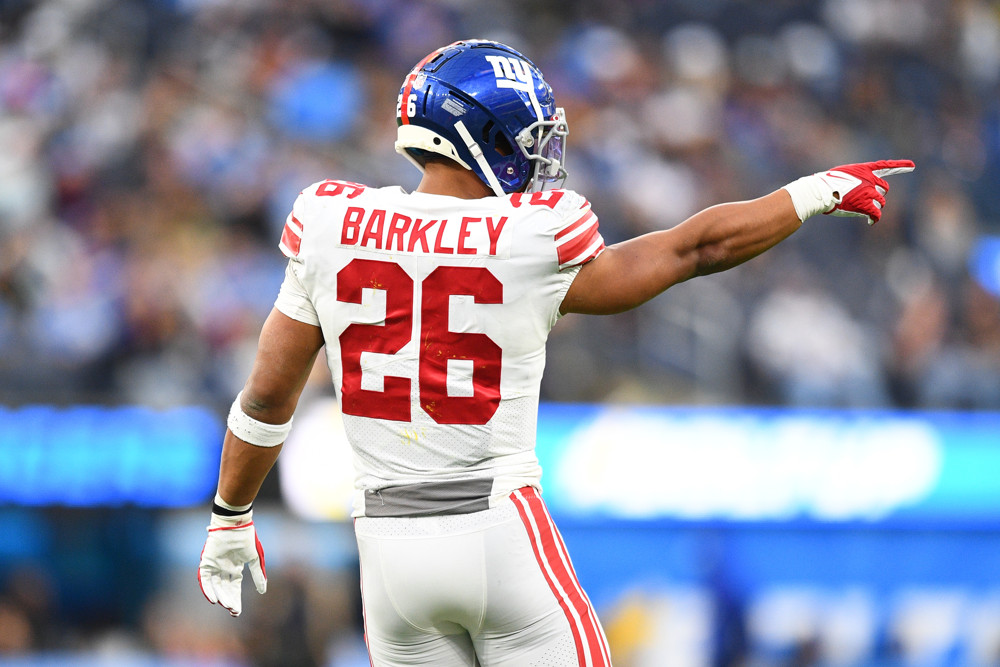 People tell you that you don’t win or lose your league at your fantasy draft. Speaking from experience, I really don’t see that as the case. As someone that drafted Saquon Barkley on one of his fantasy football teams last season, I can tell you first hand you can certainly lose before the season starts. There are early round running backs that you need to avoid each and every season.

It may be hard to find reason to “avoid this player at all costs” when it comes running backs in the first few rounds of your fantasy draft. Every player in my mind can be had at the right cost or ADP. By no means do I think these two players will end up as fantasy irrelevant by the end of the season, but I’d much rather take the players drafted around them.

The crux of my argument comes down to the players being drafted around him. The running backs are Javonte Williams and Leonard Fournette, the wide receivers are Deebo Samuel and Mike Evans. I’m taking on much less inherent risk drafting those players, in high scoring offenses, as opposed to trusting an injury prone Barkley in the Giants offense.

Everyone is excited about drafting Barkley because of his pass catching upside, but his head coach hasn’t used that position to a degree you’d like to see. Since 2018, that includes the down years from Josh Allen, the Bills had the 8th lowest running back target rate and the 11th highest red zone passing rate. Daboll’s offense takes doesn’t give volume to the most important touches in PPR fantasy football.

I hope you all enjoyed that offseason discount on Saquon Barkley.

His ADP on @UnderdogFantasy is now 15.2. He will almost assuredly be a first-round pick by the time redraft seasons hits.pic.twitter.com/4kHF0b3c7k

Let’s not forget about the elephant in the room, which is the fact Barkley hasn’t exceeded 13 games played since his rookie season. So why should we expect him to be able to handle a significant workload for 17 games? Those injuries have worn on him too as his 3.8% breakaway run rate ranked 38th and his 0.68 fantasy points per opportunity ranked 62nd last season.

Could his efficiency improve with better play calling? Maybe. But Daboll likes to play out of a light personnel, 70% of plays were in 11 personnel last season in Buffalo. So if Barkley wants to be more efficient he’s likely going to have to do it with less run blocking support. I can’t take him this early in my fantasy football draft, he’s the type of player I’d consider in round 4.

Could I be the only one on planet earth that isn’t excited about Dalvin Cook’s outlook under Kevin O’Connell? If that’s the case, hopefully I can convince you to at give it a second thought. Cook was the RB16 last season and the RB11 in points per game. He’s now going in the middle of the first round and in my running back rankings he’s the RB9, behind players like D’Andre Swift and Alvin Kamara.

O’Connell mentioned in his introductory press conference as the new Vikings head coach that he wants to build an offensive system like the one in LA.  The problem is, that’s not one that lends itself to the running back position. The Rams offense was in 11 personnel on 84% of plays, the most in the NFL, meanwhile the Vikings ranked 29th at 44% in 11 personnel.

Why should this matter to you? This offense is going to look significantly different then the one Cook was accustom to under Mike Zimmer. Asking Cook to create yards on his own at age 27, doesn’t seem like something to be interested in, he ranked 39th in yards created per touch last season. His offensive line also ranked last in opponent stuff rate, so why would this offense want to run the ball at a high level if they can’t open up lanes?

There is some great talent at wide receiver, Adam Thielen is a touchdown monster and Justin Jefferson is arguably the best wide receiver in football. He’s the WR1 in my fantasy football wide receiver rankings for 2022. The unfortunate part for Cook is that since 2016 the Rams offense was tied with the Ravens for the lowest RB target rate in the NFL. Last season they also threw the ball on 65% of plays inside the red zone, which was only behind the Tampa Bay Buccaneers.

I can’t trust Cook to finish as a top-5 player at the position this season, even if this is a high scoring offense this season. I’d much rather target wide receivers like Justin Jefferson, Cooper Kupp or Ja’Marr Chase with a middle of the first pick.