The Friday Fastball contest is back, and here are three hitters you need to put in your OwnersBox MLB lineups!  Navigate the new salaries to the pay zone.

The consensus 1.01 pick in redraft leagues has gotten off to a slow start according to the people in our discord but it just isn’t true. He’s averaging 8.5 FPTS/Game with 1 HR 21 RBI and 5 SB. As a player who has been over .300 the past 3 seasons, I think he’s about to tear the cover off the ball in the next few series.

Trea Turner is 2-6 in 6 AB against Kyle Gibson with an .833 OPS. Gibson has been off to a strong start but his FIP (3.63) shows there is room for regression while averaging 92.1 MPH on his Fastball. I think Trea Turner can go deep tonight, and expect the Dodgers to beat up on the Phillies.

DJ LeMahieu is a base hit machine. The former batting champ has returned to form for the Bronx bombers. DJ is averaging 7.9 FPTS/game with 2 HR and 9 RBI. DJ’s points in this format come from his ability to get base hits and get on base, but he has 4 doubles in his last 3 games., as well he is in the 91st percentile in xBA.

DJ is 4/16 in 17 plate appearances against Vince Velasquez who is 2-2 with a 5.60 xERA and 4.47 xFIP. This is another favorable matchup for the Yankees who continue to set the league on fire.

LaMonte Wade is one week coming off the IL and he has been nothing but impressive. Hitting leadoff for the Giants, LaMonte Wade has 4 hits in 5 games, 1 HR 5 RBI and 3 R. Wade has been an underrated fantasy asset, and you will most likely see him on Must Add Players in Week 7. Jordan Hicks has found himself in the rotation and the expected numbers don’t look very good. 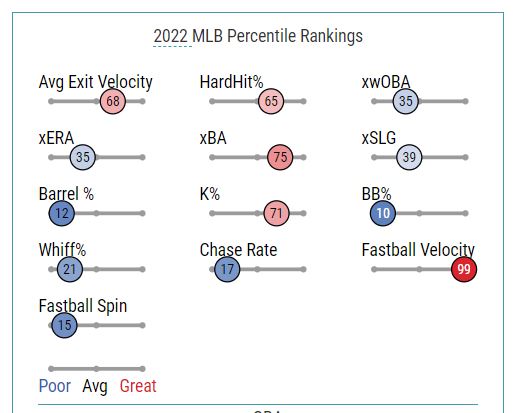 LaMonte Wade should at least have two at bats at the start of the game against Hicks and I wouldn’t be shocked to see him launch. I think Wade is a nice value in your contests today.

Want to try out SuperFlex DFS for yourself? Sign-up here and get in on the action today! Check out the MLB page  for more content and strategy articles.