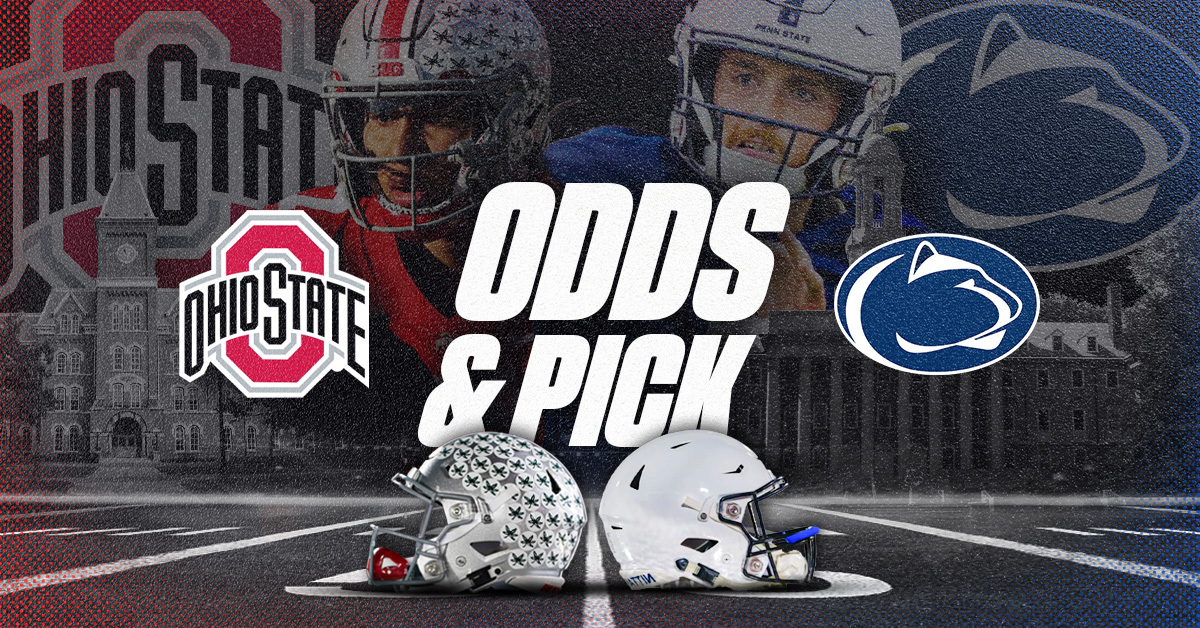 Ohio State enters Saturday looking to move to 8-0 on the season and 5-0 in conference play when they faceoff versus rival, thirteen ranked, Penn State. Ohio State is hoping to start their season with eight straight wins for the first time since 2019. When you take a look at the Ohio State vs Penn State odds, it doesn’t look like this team will have much trouble keeping their unbeaten streak going.

Penn State’s sole loss came from Michigan, the only other undefeated team in the conference. This will be the Nittany Lions second real test on the season and will look to shut down an explosive offense ran by C.J. Stroud.

The game kicks off this Saturday, October 29th at 12:00 PM EST in University Park, Pennsylvania.

Ohio sports betting isn’t available quite yet to Buckeyes and Bengals bettors, but the wheels are in motion and a date is finalized. January 1st will be the official launch date of online sports betting in the state, but you can pre-register now with DraftKings Ohio promo for $200 in free-bets!

If those numbers don’t convince you that Ohio State is a very well coached and talented team, then maybe the game performances can do the convincing. Ohio State averages 49.6 points per game on offense, while only allowing 14.9 points per game on defense. The only team in the nation that ranks top 5 in both scoring offense and scoring defense.

Will they get their 6th win in a row against the The Nittany Lions this weekend? pic.twitter.com/xOJ1PtZ0nq

We saw Michigan put up over 400 yards rushing versus this Penn State defense and I believe that Ohio State will look to do the same. I am expecting Treveyon Henderson and Miyan Williams to have huge games from the Ohio State backfield.

Penn State comes off a huge bounce back win versus Minnesota where they put up 45 points. The Gophers defense holds their opponents to an average of 16.4 points per game. Sean Clifford threw for 295 yards and four touchdowns. Exactly the performance they needed after a blowout loss to Michigan, boosting their confidence going into a huge home game versus Big Ten rivals.

Many people downplay Penn State’s success in 2022 because of their loss to Michigan but they have been playing some great football. They have beat Auburn, Purdue, and Minnesota, all top tier teams in the country and averaging 40 points per game in these matchups.

With this being a home game for Penn State, I expect them to show up this week versus an Ohio State team that has shown no sign of weakness yet. But this will also be Ohio States first test against a ranked opponent. The crowd will play a big factor in this game, especially with the dominance that Ohio State has shown over the past decade, this win will taste sweeter than any other.

This defense will swarm behind the chaotic fans in the stands and put up some stops versus this Ohio State team, but the key will be the Penn State offense. They will need to score in order to have any chance of winning this game, and as we have seen they do have the talent to score on great defenses this season.

This might be the biggest test that Ohio State has faced all season long. Penn State has played big time programs and put-up great performances against these top teams. But with the explosive style offense that Ohio State has, it is easy to see them blowing out Penn State late in the second half when they finally wear down on defense. As we saw versus Michigan, Penn State was putting up a huge fight in the first half but fell apart late when they allowed some big break away runs.

With this being a home game for the Nittany Lions, I expect this game to start in Penn States favor and potentially ending in an upset. But the explosiveness of this Ohio State offense scares the heck out of me late in the game with a late cover.