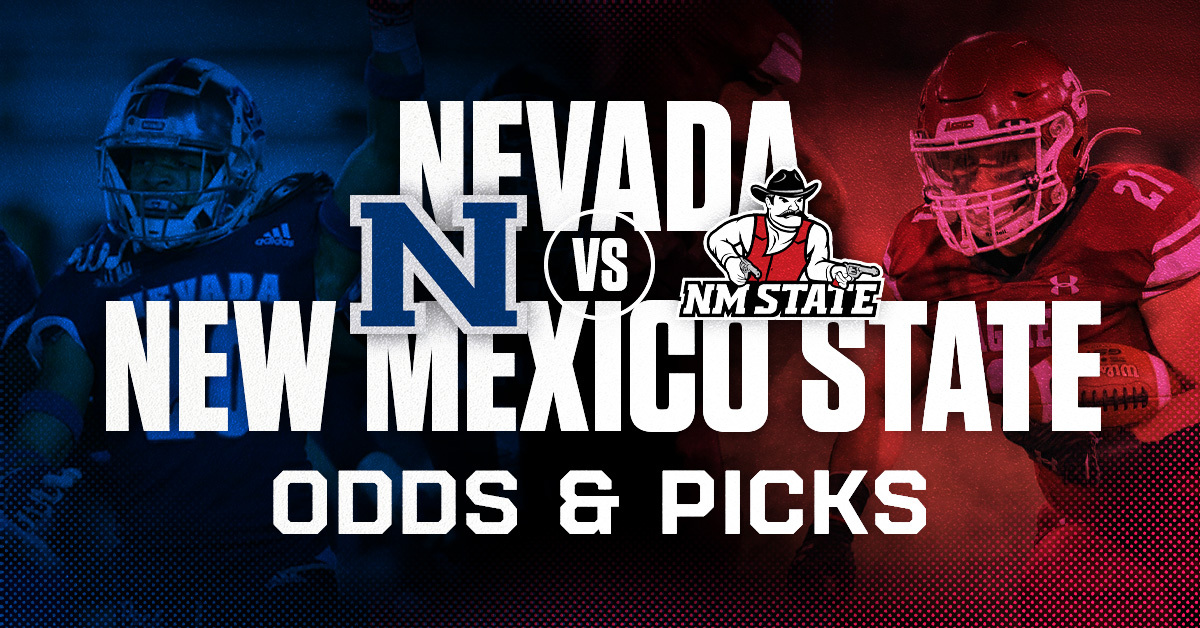 With just 9 FBS games on the week 0 schedule, many non-power 5 teams will get the attention of college football fans this weekend. Nevada and New Mexico State will be aired on ESPN2 on Saturday night at 10:00pm EST. With the Wolfpack making the trip to Las Cruces they still find themselves as significant favorites in the Nevada vs New Mexico State odds.

Both of these programs have new head coaches leading their respective programs. Ken Wilson has been promoted from defensive coordinator to the lead man after Jay Norvell left for conference rival Colorado State. Meanwhile for the Aggies, Jerry Kill is back to being a head coach for the first time since 2015 when his tenured closed at Minnesota due to health issues.

The opening week of the college football season typically results in a plenty of line movement as these lines are released well in advance of the game date. This can give us an idea of where sharp money is coming from. Nevada opened at a majority of New York sports betting sites as 12.5 point favorites, but that line has been bet down to where it is now at as low as 8.5 at Caesars Sportsbook.

The game total has also been seeing plenty of line movement, opening at roughly 53.5 and in the last few days moved down a another point and a half from 52 to where it is now at 50.5. The impact of two new head coaches inheriting rosters they aren’t too familiar with could have an impact on this line movement.

From the outside looking in, this Nevada program is a complete dumpster fire. Losing Jay Norvell to a conference rival that won just 3 games last season speaks volumes. He also brought a number of players and staff along with him. Nevada ranks dead last in returning production at just 20% on offense and 34% on defense. Some of the most notable departures being Carson Strong and Romeo Doubs.

Ken Wilson comes from a defensive background, having never called offensive plays. He’s expected to execute a very different system then the air raid that Norvell implemented, this will be a much more run oriented scheme. But even with a couple talented backs they’ll be running behind an offensive line that doesn’t return a single starter this season. Pair that with a total of 14 catches returning at receiver and how will this offense find success.

New Mexico State has routinely been one of the worst FBS teams in the country each season. As an independent they take a number paycheques just to go get the crap kicked out of them. But this will be one of the few games on their schedule they could sneak out a win, especially at home.

They aren’t necessarily returning a ton of production, but on defense they actually return 76% which is 32nd nationally. Jerry Kill has been able to turn around some really bad programs, it’s no different here.

A huge week for football in the Borderland continues up the road in Las Cruces, as the Jerry Kill era at New Mexico State gets underway on ESPN2 vs. Nevada.

For Kill, it's a day that he's been waiting 7 years for: a return to being a head coach. pic.twitter.com/GkECUG2e74

The offense is going to run the ball plenty, in Kill’s last season at Minnesota the Golden Gophers were 8th in rushing rate. The returning production on offense comes from their offensive line, with three starters back. They’ll also be starting dual threat JUCO National Champion Diego Pavia at quarterback. Which should be valuable in keeping the inexperienced Nevada defense off balance.

There are two ways I’m going to be attacking this game, both on the spread and the total. Let’s start with the spread here, where New Mexico State has just too much value to pass up. This Nevada offense won’t be able to run away with this football game with their run first style and lack of experience in protection.

I’m also going to take the first half under 24.5 points. Both head coaches will be in their first games with their programs and will be running the ball plenty. It’s hard to see more than 3 touchdowns on the board in the first 30 minutes. This will be a slow paced game with each coaching battling to win the time of possession battle.