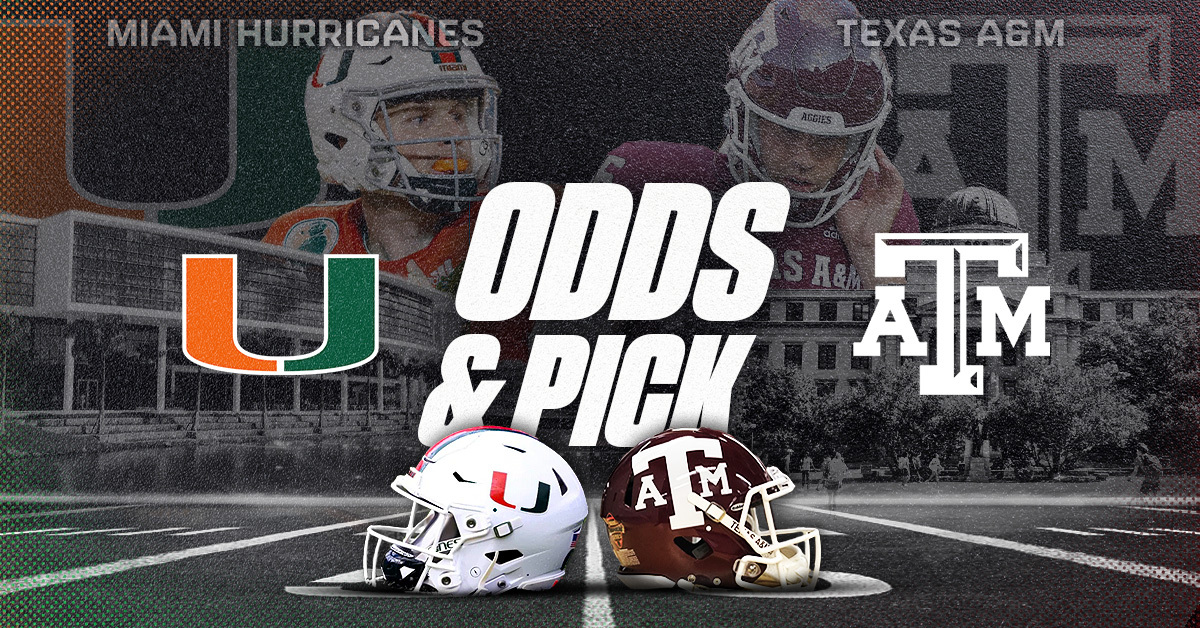 The ACC and SEC clash again as the Miami Hurricanes and Tyler Van Dyke head to Kyle Field to take on Jimbo Fisher and the Texas A&M Aggies. The #13 Miami Hurricanes travel to College Station to take on the #24 Aggies after an embarrassing loss against Appalachian State. This game will be broadcasted on ESPN at 9 PM EST on September 17th, 2022. The home Texas Aggies are 6-point favorites in the Miami vs Texas A&M odds.

The Hurricanes come into Week 3 after throttling Bethune-Cookman in Week 1, and a pretty underwhelming Week 2 win against Southern Miss (30-7). Texas A&M comes into the game with a Week 1 win against Sam Houston State and then a horrible 17-14 loss against App State.

Odds as of September 16 at Caesars Sportsbook

The Miami Hurricanes and Texas A&M have played only three games in their history, dating all the way back to 1944. The Hurricanes are currently on a two-game win streak.

The Miami Hurricanes are boasting a top-five run defense in the country through two weeks. They rank fourth in opp yards/rush (1.0), fifth in opp rushes/game (23), and second in opp rush yards/game (24). The defensive front has also done a great job of getting to the quarterback with a 10% sack rate that is 17th in the country.

The team has a +2.0 turnover margin/game, which is ninth in the country. The defense has been opportunistic against two inferior opponents, and it should be interesting to see how they match up with this SEC front.

The Hurricanes are 1-1 against the spread this year and are 1-1 to the over. This is a big step-up in competition, which is why they find themselves as underdogs in the Miami vs Texas A&M odds.

Although they are coming off a disappointing Week 2 loss, the Aggies still have solid numbers on the defensive side of the ball. This is a top 30 unit, in points allowed per game, yards per game, and yards per play. Opponents are running the ball 62.65% of the time against the Aggies for 3.5 yards per attempt. The Aggies have done a great job shutting down the run game, to only 4.5 yards per pass.

Texas A&M has the 104th ranked scoring offense in the country, at only 14 points per game, and only have averaged 186 yards per game on that side of the ball. It’s tough for me to get on the side of the Aggies when they are averaging 97 passing yards per game. But, there is now a change with Max Johnson going to be taking over behind center.

Max Johnson taking over for Texas A&M should be a good thing for the struggling Aggies offense, but they still go up against a tough Hurricanes unit. Although the Hurricanes have also found a way to win, they haven’t been anything super special on offense either.

Play it safe and take the under at 44.5 in the Miami vs Texas A&M odds at Caesars Sportsbook.

Pick: Under 44.5 at Caesars Sportsbook