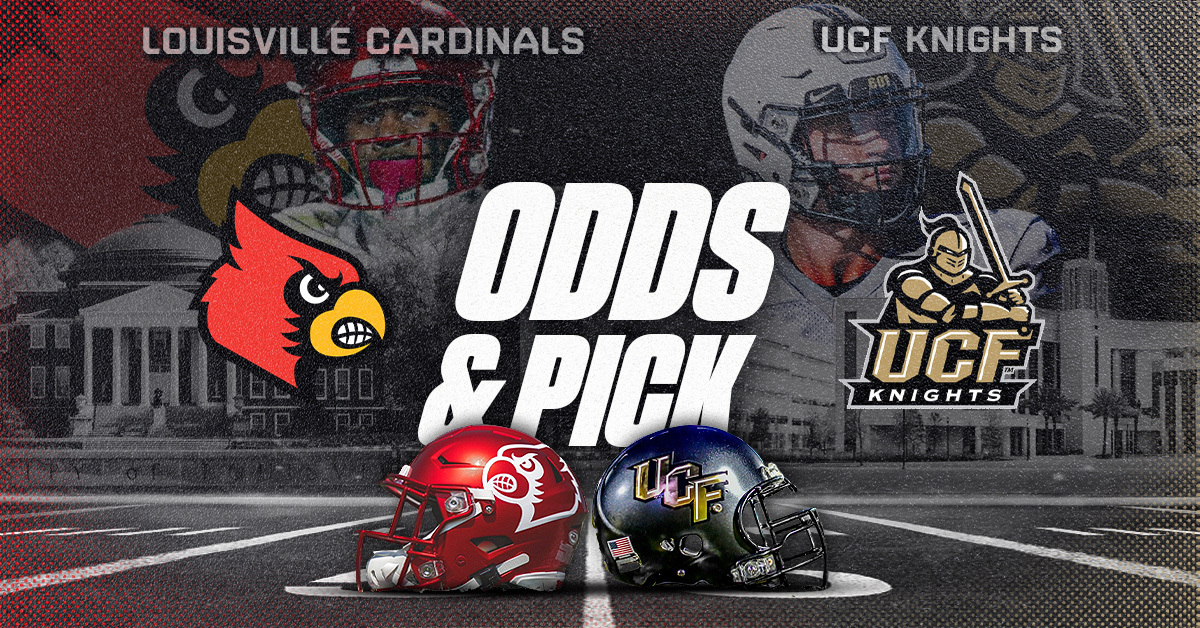 We had quite the showing in week 1 of the college football season, a 3-0 overall record for our best betting picks. It’s time to go back to the well and find more winners for the people. So why not start on Friday night, the Louisville vs UCF odds provide us a nice appetizer before another packed college football weekend.

Scott Satterfield’s team comes to Orlando having been humbled in week 1 at the hands of conference rival Syracuse. A 31-7 shellacking was quite the surprise having headed into the game as favorites. The Knights, meanwhile, got their cupcake on with a 56-10 win over South Carolina State. Gus Malzahn’s hoping to kick year two of his tenure into high gear. No better way to do that then by taking down a power-5 opponent.

New York sports betting markets have seen a fair bit of line movement since this spread opened earlier on in the week. You could find the Cardinals as 7-point underdogs as early as Tuesday afternoon at BetMGM NY. This could point to some sharp action, especially when you consider public perception after each teams week 1 performance.

UCF is 8-12 against power-5 schools in the last ten years, but they’ve managed to win five of their last seven. Gus Malzahn is familiar with the Knights experience as his Auburn team handed UCF one of those five most recent victories. Louisville returns sports bettors $180 on a winning $100 moneyline wager.

An Important Game for Scott Satterfield

For as much credit as the Louisville head coach has gotten on the recruiting trail as of late, boasting the 17th best 2023 class per 247Sports, the on-field results are certainly missing. The Cardinals benefit from significant returning production in college football, ranking 14th overall and 89% of their offensive production back. Yet all they could manage was 7 points against the Orange.

I see this performance as an aberration and one we can look past. Malik Cunningham is a seasoned veteran, having given us three consistent years of production. Central Arkansas transfer Tyler Hudson seems to be a hit, recording 8 receptions and 102 yards last Saturday. Same goes for Tennessee transfer running back Tiyon Evans who averaged 6.8 yards per carry on 13 totes.

The group that needs to show some growth and progression is the Louisville defense. The duo of John Rhys-Plumlee at QB and Isaiah Bowser at RB is going to take a lot of discipline. Lucky for defensive coordinator Bryan Brown, he saw this UCF offense last season with a more vertical passing threat in Dillon Gabriel.

UCF, much like Louisville, benefits from plenty of returning production of their own with 79% back for the 2022 college football season. But as we talked about before, change has come at one of the biggest spots in the offense at quarterback. Malzahn has thrived in his career with do-it-all athletes at QB, think of Nick Marshall in his days at Auburn.

Nine starters will be back on defense for the Knights, with a number of transfers also added for depth and competition. Expect this team to be stout once again vs the pass, opponents pass yards per attempt was 6.0, which was 6th in the nation. With pretty much everyone back in the secondary it’s going to be difficult to move the ball through the air against this group.

What will be the difference for UCF in this game and this season from being a great group of 5 team to perhaps the best is the offense. There’s a reason Rhys-Plumlee departed from Ole Miss, he wasn’t capable of running a down-field passing offense. Bowser is can make some exciting plays, but he’s heading into his fifth season of NCAAF and his career YPC is just 4.0.

I see a lot of value on the Cardinals here in what could be significant overreaction to week 1 performance. Louisville beat this UCF team just last season, now they head on the road as 5.5 point underdogs?

Louisville benefits from seeing a Syracuse team, who although exposed them, runs a very similar offensive scheme. Syracuse QB Grady Shrader ran the ball 16 times last week, that’s a similar output I’d expect from Rhys-Plumlee. The defense will have the chance to learn from their previous opponent and carry that right into this matchup.

Expect to see both Cunningham and Evans moving the ball on the ground plenty for Louisville as they avoid testing the Knights strong secondary. With this game likely to be played predominantly on the ground that should limit the amount of total plays and thus tighten up this game to at least keep it inside this spread as well as the total.