The Week Winning Tight End on Your Waiver Wire 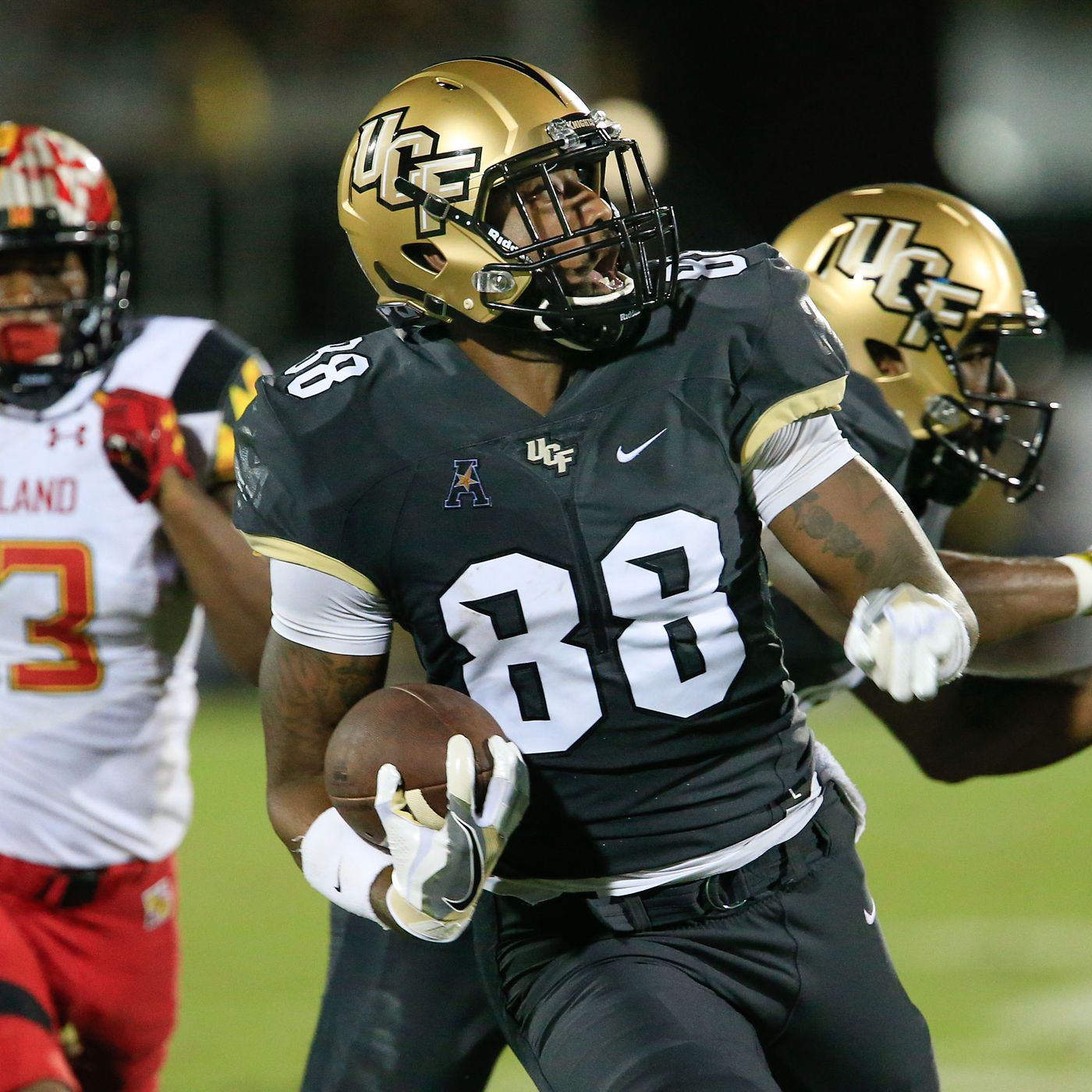 The Week Winning Tight End on Your Waiver Wire

The tight end position is by far the least predictable position in football. That is if your name isn’t Travis Kelce or Darren Waller. In 1 Week contests, finding the tight end that explodes for a 15+ fantasy point total can be the difference between finishing inside or outside the money. If you want to save some money at the position and take some deep shots at tight end then take a look at this player on OwnersBox this week. Or if you’re skimming the waiver wire and need an option this week, this guy is LESS THAN 1% OWNED in fantasy leagues right now!

The OwnersBox SuperFlex Salary Cap game is here! The SuperFlex format eliminates the randomness and unpredictability of the defense and kicker positions while maximizing what fantasy players love most, offense! For beginners, it’s a much more appealing game option with a more offensive outlook, and for experts, it takes away the luck and randomness, making it more skilled and competitive.

You can play our Week 1 contest for FREE with promo code “DREW9” and you’ll have a chance to win a share of the $100,000 prize pool! Sign up and play SuperFlex DFS on OwnersBox now. Yes, I’m talking about a player on the Houston Texans as one that can win you your fantasy football week. Don’t worry, I’ve got plenty of numbers and stats to make you change your mind on him. Let’s start with Akins as a player, the 29-year old was a third round pick out of UCF in 2018. 2021 will mark his 4th season in the NFL Since his rookie season, he’s been sharing snaps with now 35-year old Darren Fells. Fells managed to catch 11 touchdowns the last 2 seasons in Houston while Akins only had 3.

In the last two seasons Akins has seen 49 and 55 targets along with just over 400 receiving yards in each year. Fells on the other hand finished below Akins with 341 and 312 receiving yards. Akins was the main option between the 20’s while Fells saw work in the red zone. With the departure of Fells I’m projecting Akins to see 16-17 red zone targets which historically would rank him in the top 10 at his position.

Tyrod and His Tight Ends

Now let’s talk about his current situation and how beneficial it is for Akins that Tyrod Taylor is his quarterback. The last time Tyrod Taylor was a full time starter was in 2017 with the Buffalo Bills. Taylor was the starter from 2015-2017. In those 3 seasons the Buffalo Bills were one of the most run heavy teams in the NFL. The team was second in rushing attempts per game each and every year. Making them the overall leader over that 3 year stretch.

Despite the run heavy offense TE Charles Clay proved to be Taylor’s most reliable option in the passing game. He even led the team in receiving yards in Taylor’s last season as the starting QB in Buffalo. He was 11th in tight end fantasy points per game and had a 20.1% target share which ranked 6th amongst all tight ends in 2017.

How This Translates to Houston

I could talk about Charles Clay and Tyrod Taylor until you’re blue in the face but how will this translate to Jordan Akins and the 2021 Houston Texans? Well I see this as a very similar situation with the exception of the most important factor. The Houston Texans will not run the ball anywhere near the amount that the Bills did from 2015-2017. The Bills were a .500 team in those seasons with a record of 24-24. This edition of the Houston Texans are not going to be a competitive team in 2021 and thus will find themselves in plenty of passing game scripts.

I’m not implying that Tyrod Taylor is going to let it loose this season but it’s extremely likely that if he plays a full season he will exceed his career high of 3,035 passing yards. When he does, Akins will stick out as a clear target. Not just because of Taylor’s infatuation with the position but because of the remaining options in the offense. Brandin Cooks is a consistent option when on the field, he exceeded 1,100 yards last season, but he plays on the outside as a deep option. He’s never exceeded 23% of his snaps in a season out of the slot. Taylor doesn’t have the ability to consistently push the ball downfield and to the outside. Beyond that the team is looking to veterans Chris Conley and Danny Amendola as plug and play options and hoping for an immediate impact from rookie Nico Collins.

None of these players have been or profile as red zone specialists. The 6’3 Akins should be a reliable option up the middle between the 20’s and even more valuable in the red zone for those high value targets. 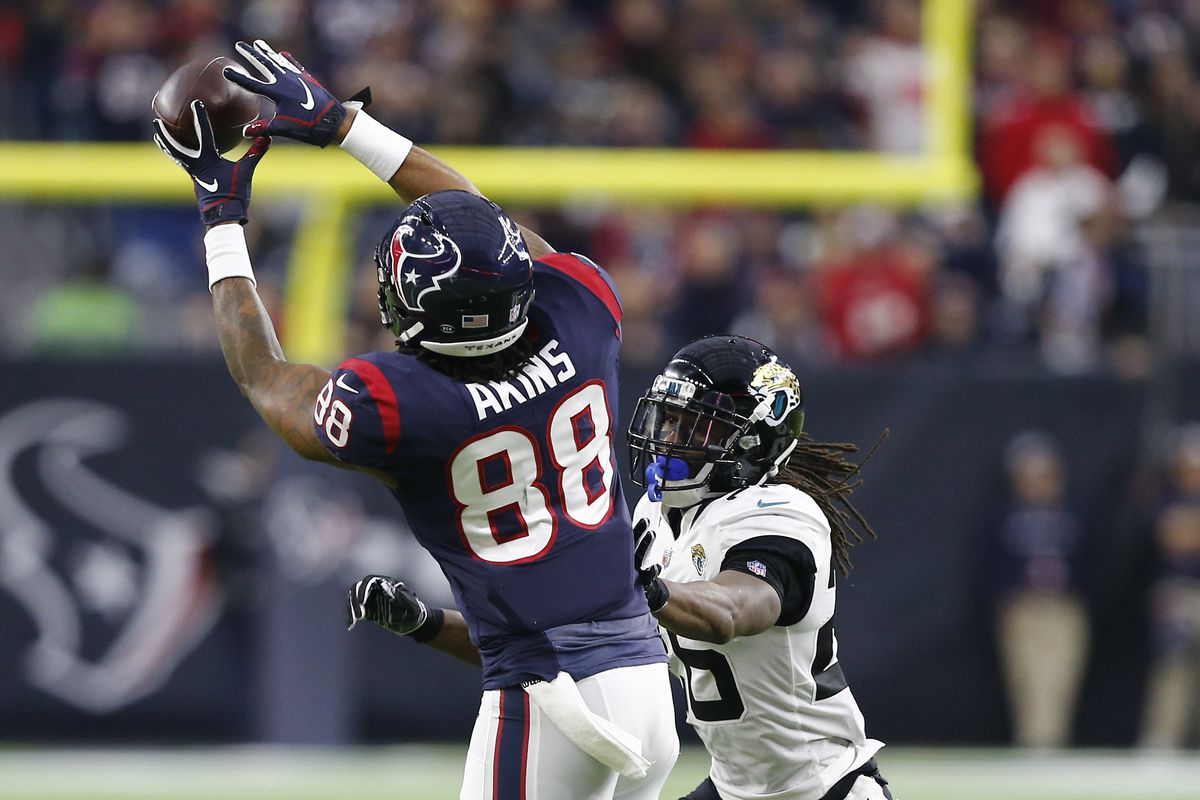 The Texans play host to the Jacksonville Jaguars in Week 1, which is a great way to ease this offense into the season. The Jaguars were a bottom 5 defense against tight ends last season, giving up 9.1 fantasy points per game to the position. They also gave up 13 touchdowns to tight ends last season, ranking second last in the NFL. Don’t be afraid to play him this week as he’s in one of the best matchups he’ll have all season.