SuperFlex Strategy: 9 players to consider in your Week 1 lineup 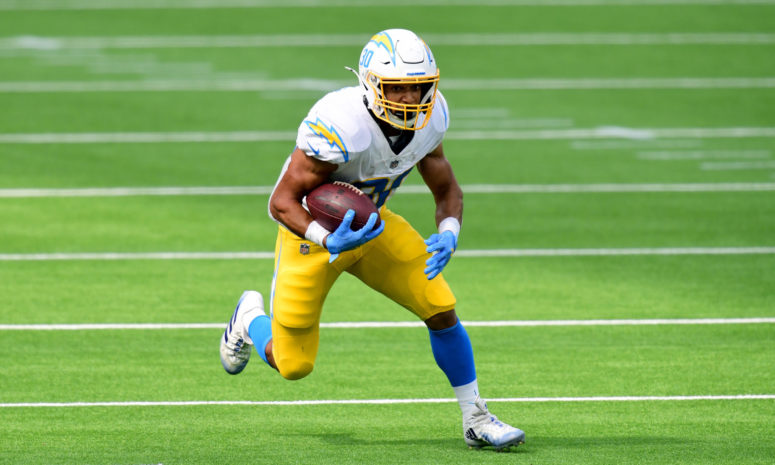 9 players to consider in your Week 1 lineup

The beauty of Week 1 is that, while we don’t know what to expect from many players, we do have a good read on what others will expect. We know they will rely on past performances serving as a guarantee for future results. As the countless advertisements have taught us over the years, we shouldn’t do the same.

But we can use this misconception to find an edge.

We know that each new season brings forth some surprises. If we can identify them early, then we can piece together a lineup with high upside from these surprise targets that should conveniently carry lower-than-normal ownership percentages.

Here are my main targets at each position that, as a whole, add up to less than $50,000 in salary cap space: 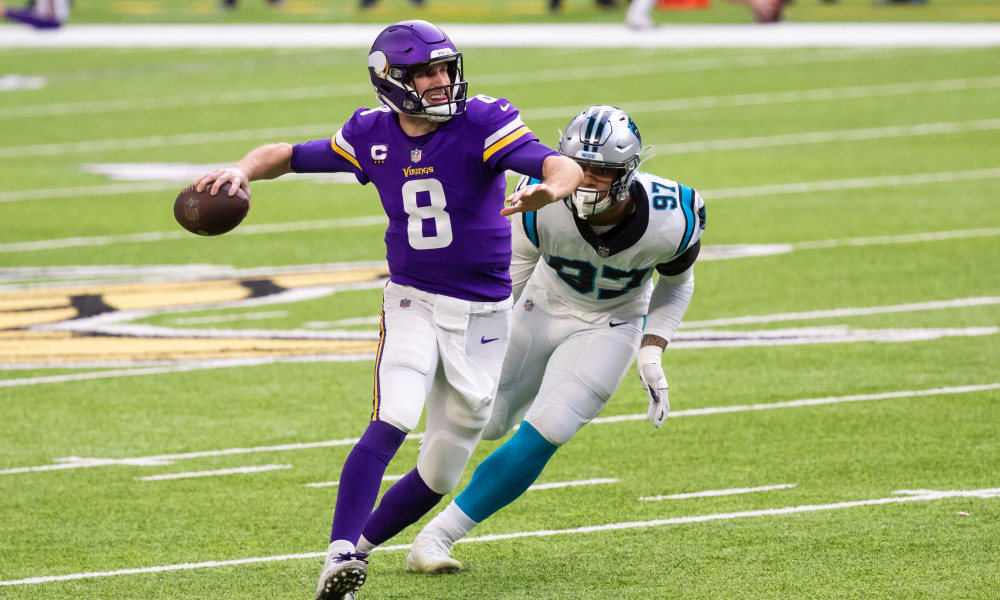 QB Kirk Cousins – MIN $6,600 at CIN – Kirk Cousins generally doesn’t get enough respect in football circles, but he remains a fantasy gem. His numbers last year were outstanding: 35 touchdowns and 4,265 yards. And that was without wide receiver Stefon Diggs. The reality is that Cousins will keep delivering on a year-in-and-year-out basis, and we can jump all over him when the setup is right. In terms of game flow — the element of WFS where I focus most of my attention — Cousins might cede touches to running back Dalvin Cook eventually, but it’s unlikely that happens without Cousins first finding success. Otherwise, if Minnesota needs to throw because Cincinnati is scoring, then Cousins obviously gets a boost.

QB Daniel Jones – $5,600 vs. DEN – I’ve written about Daniel Jones in basically every article this week, and he will be in my lineup for Sunday. His matchup is poor on paper and his prior history of turnovers work against the OwnersBox scoring system — interceptions are scored as -3 — but that should almost certainly lower his popularity to the point that he is one of the best leverage plays of the weekend. In reality, he will likely have the services of running back Saquon Barkley at his disposal, and Barkley’s pass-catching ability directly translates to extra points for Jones. Jones can also run enough to create some additional avenues to a decent fantasy score.

RB Saquon Barkley – NYG $7,000 vs. DEN – I mentioned Saquon Barkley in Daniel Jones’ write-up, but he obviously deserves his own blurb. This is because Barkley is my absolute must-start of the weekend if he is ruled to be healthy enough to play without a snap count. That’s obviously an important caveat, but he has trended toward playing for the entire week, and the Giants know how important he is to their success. Let’s not ignore that New York must show some improvement under second-year head coach Joe Judge, and that should result in the team remaining aggressive with Barkley. He is supremely talented and should deliver on his moderately high salary from receptions alone.

RB Austin Ekeler – LAC $6,900 at WAS – Similar to the aforementioned Barkley, Austin Ekeler will essentially carry his weight from his pass-catching ability. The added benefit is that he should also see a boost in the running game from tweaks to the Chargers’ offensive line. Los Angeles brought in Corey Linsey to beef up the offensive line for their young quarterback, but it will translate to better opportunities for the running backs as well. Ekeler has a tough matchup against Washington but, like Jones, that means more on paper when other WFS players are filling out their lineups than anything else. 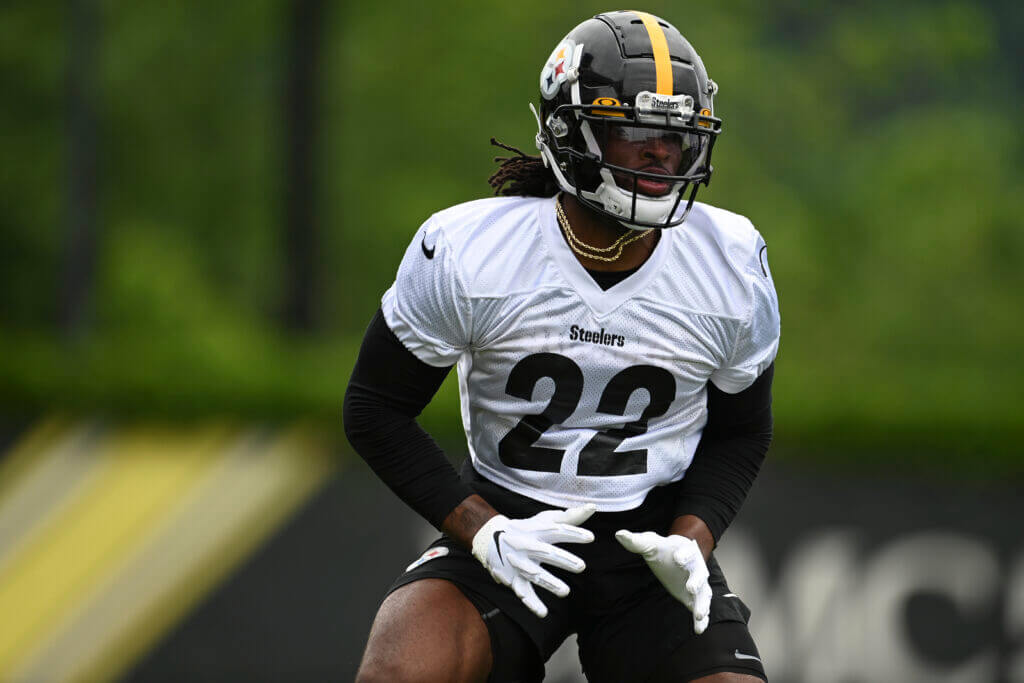 RB Najee Harris – PIT $6,100 at BUF – There’s a chance that Najee Harris’ name value among fantasy football managers pushes his popularity a little too high for my liking, but it should be offset by the general expectation that Buffalo is in a better position to win than Pittsburgh. Maybe that last part is true, but it doesn’t change what the Steelers want to do on Sunday. They spent much of 2020 forced to throw the ball because their running game was nonexistent, and Harris will be asked to shoulder a large portion of the offense. I want exposure to that.

RB Trey Sermon – SF $4,300 at DET – Dollar-for-dollar, Trey Sermon is probably the single best play of Week 1. I mentioned “game flow” when writing about Kirk Cousins, and that’s exactly what is in Sermon’s favor on Sunday. His team is expected to eventually pull away from the Lions, and that will lead to San Francisco running the ball late to drain the clock. The 49ers will not want to push Raheem Mostert given his injury history, and Sermon will get valuable touches in garbage time where he could truly explode. At worst, he’s a low-risk flier that does little. At best, he’s the sleeper that makes his way into the winning lineup.

TE George Kittle – SF $6,500 at DET – While he doesn’t share the ideal “game flow” as his aforementioned teammate, George Kittle is simply a “you-pay-for-what-you-get” pick. He’s among the most talented tight ends in the league — if not the most talented — and he averaged six catches and just under eight targets on a per-game basis last year. That was with battling injuries. All reports suggest that Kittle is fully healthy and ready to return to form. If, nothing else, he should go right back to his usual volume.

WR Nico Collins – HOU $3,100 vs. JAX – Clearly, the priority in terms of salary has not been placed on wide receivers, as my main targets both reside in the bargain bin. Still, Nico Collins is another low-risk option with a path to a productive day. The rookie might immediately slide in as the second-best pass-catching option in Houston, and the Texans are either going to be forced to throw to keep pace with Jacksonville or actually establish a lead by surprising the Jaguars with an effective offense. It may not last for long, but quarterback Tyrod Taylor has shown the ability to produce in small bursts. Collins can capitalize on Sunday.