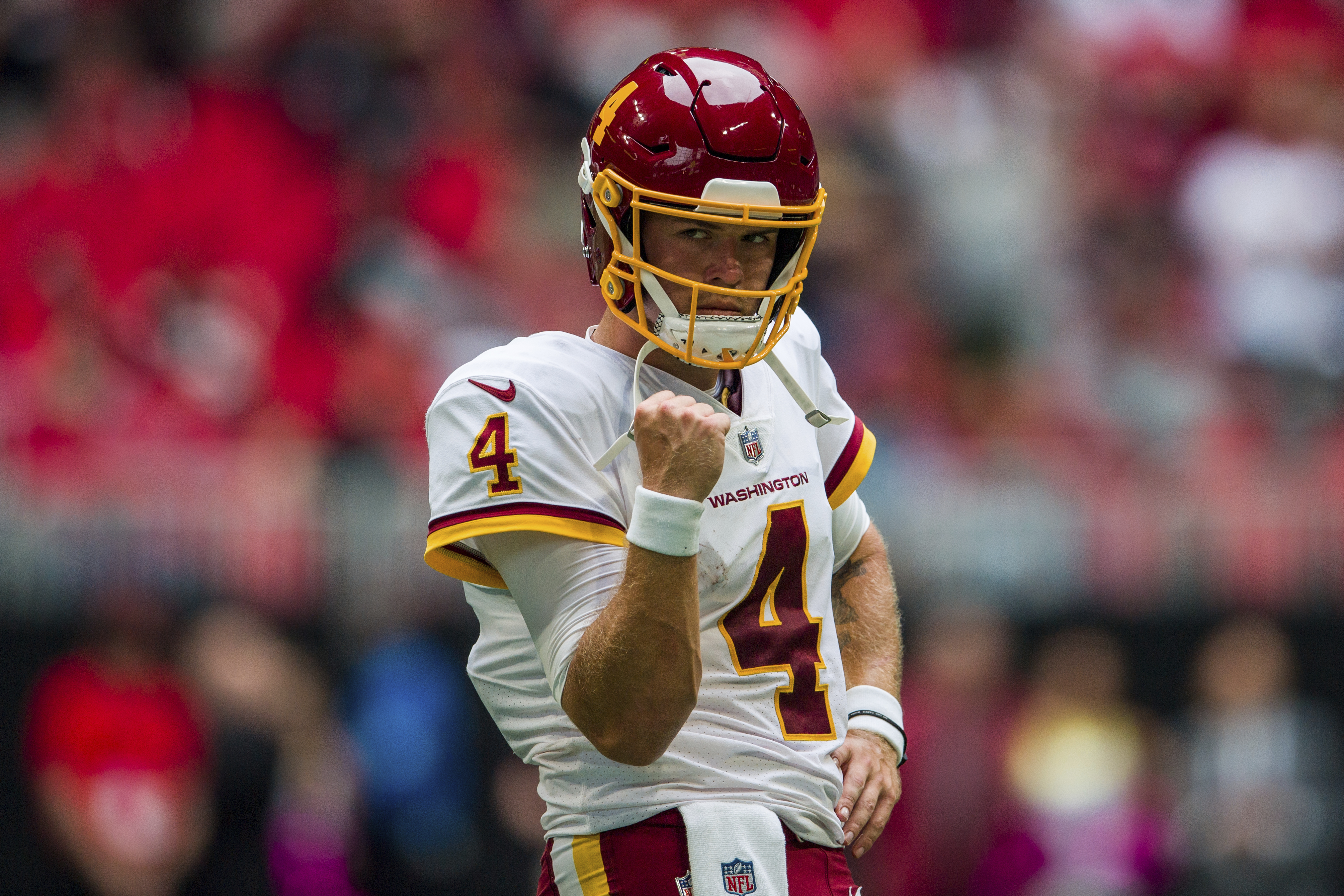 Here are the two lineups that tied and split the $10,000 grand prize in the Week 4 $50k SuperFlex Salary Cap Contest! The two lineups tied as both scored 211 fantasy points with completely different lineups. This article will discuss the strategy used by each lineup. 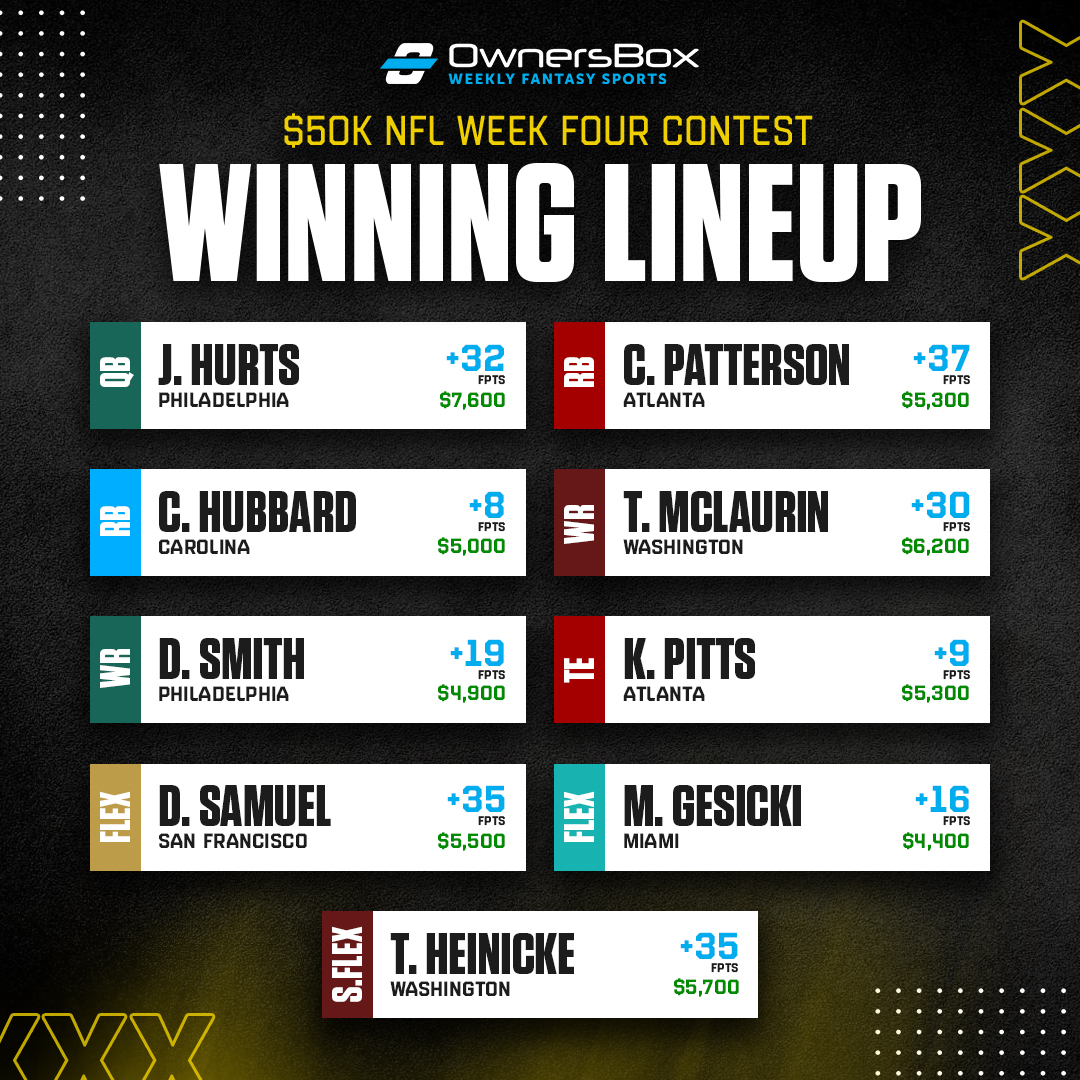 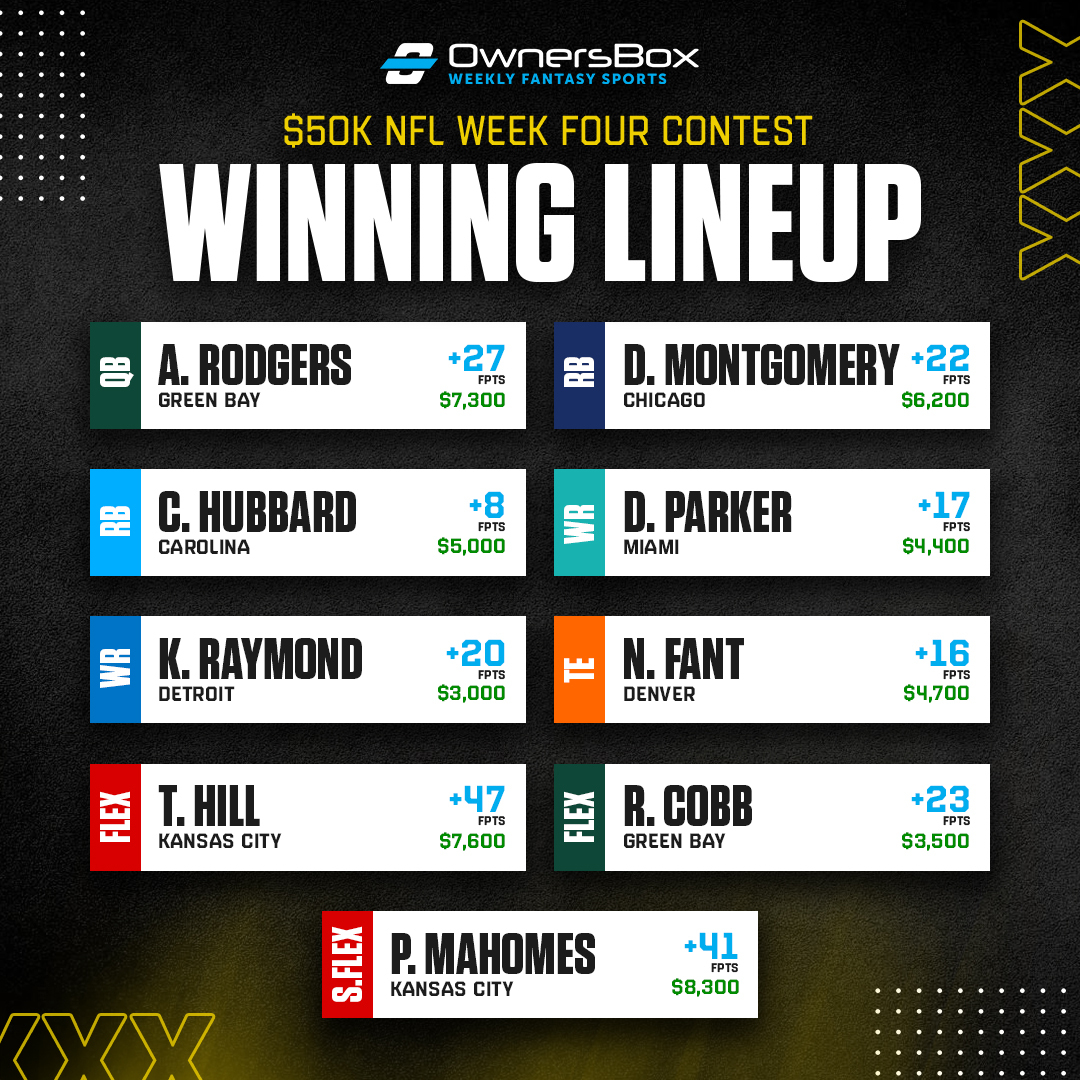 Stacks are the Proven Winning Strategy

For the fourth week in a row we saw the grand prize winning lineup feature at least one same-team quarterback/wide receiver stack, and this week the two winning lineups both featured two stacks. Stacks are the tried and true path to success in claiming the top spot in tournament contests as they raise the ceiling of your lineup – if the quarterback goes off and hits, then so will his receivers. There is theme amongst winning lineups recently, and it’s featuring either the Chiefs stack or a stack with the quarterback playing against the Chiefs, exemplified by Hurts and Smith this week. This is smart lineup building as the Chiefs offense consistently puts of points while having a bottom 10 defense, leading to many games resulting in a shootout.

It is essential to play the matchups and choose the correct stacks with the highest upside. It is important to look at cornerback matchups, rush defense, and air yards to choose the right team, the right matchup, and the receiver with the salary that provides the best value.

The Rest of the Lineup(s)

Lineup 1 was able to spend frugally on the stacks, leaving enough salary to avoid any risky players under $4,400 in salary. Coradelle Patterson and Deebo Samuel were able to come through with huge games to support the high performing stacks. Patterson was a smart comeback play to pair with the Washington Heinicke/McLaurin stack, as the game turned into the shootout and the lineup was able to capitalize with fantasy points on both sides of the ball in the Falcons vs. Football Team.

While Lineup 1 took the strategy of lower priced stacks, Lineup 2 took the route of the high-priced Mahomes/Hill stack. The Chiefs were a combined $15,900 in salary, a steep price to pay, but Mahomes/Hill could almost be assumed to be money in the bank. Paying up for the expensive and trustworthy Mahomes/Hill meant the lineup featured a  few low price options in Kalif Raymond, Randall Cobb and Devante Parker. When you employ this stars and studs strategy, you are betting on lucking out with a touchdown from these low-priced options, and all three were able to hit with a touchdown for this lineup, leading to share of the grand prize.