5 Tight Ends you need in your Week 4 Lineup 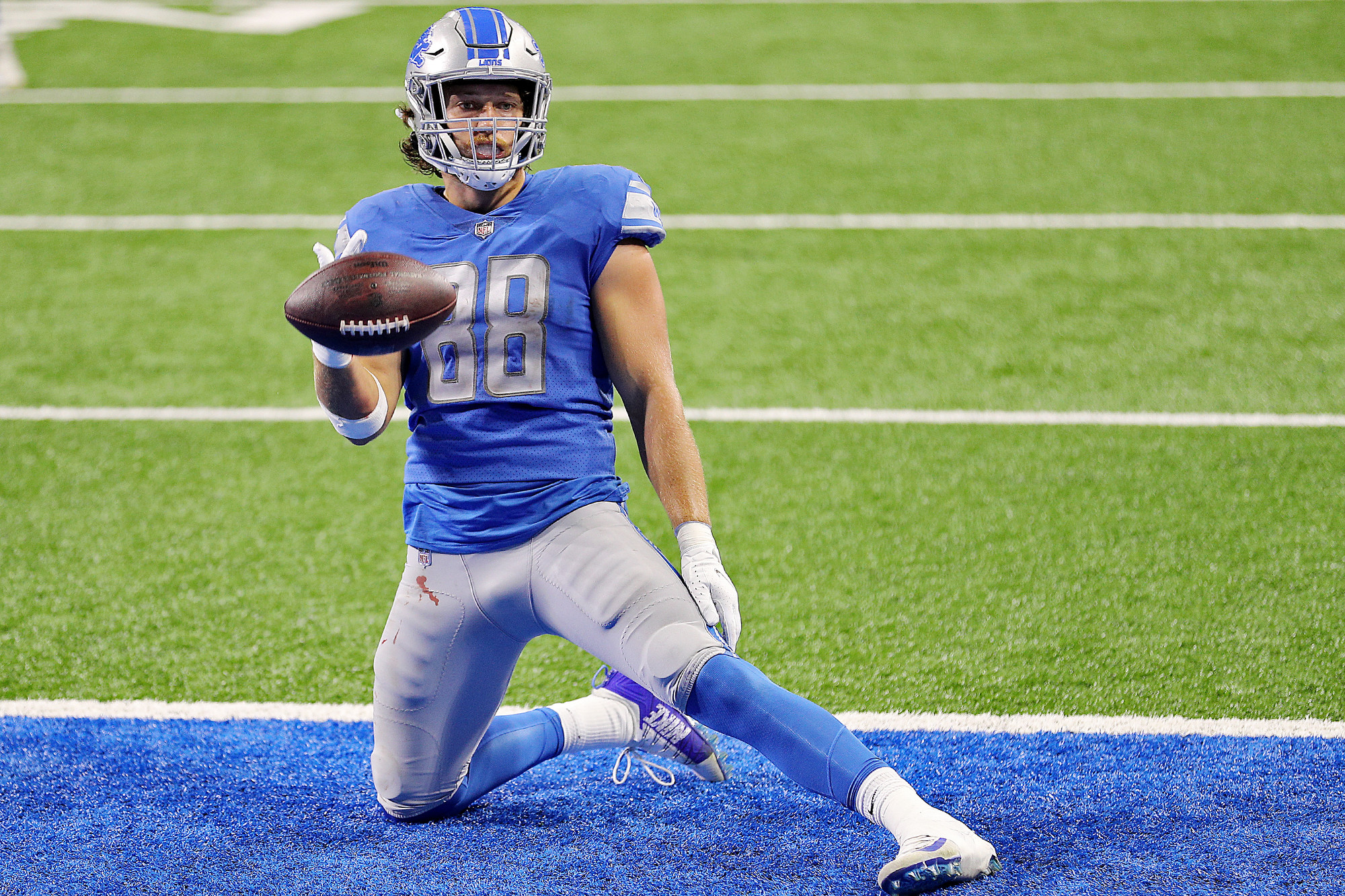 If you’d like to test out the platform for yourself, you can use the Promo Code “Drew9” for a free entry (one time only) into the OwnersBox $50k Week 4 Contest!

5 Tight Ends to Target in Week 4 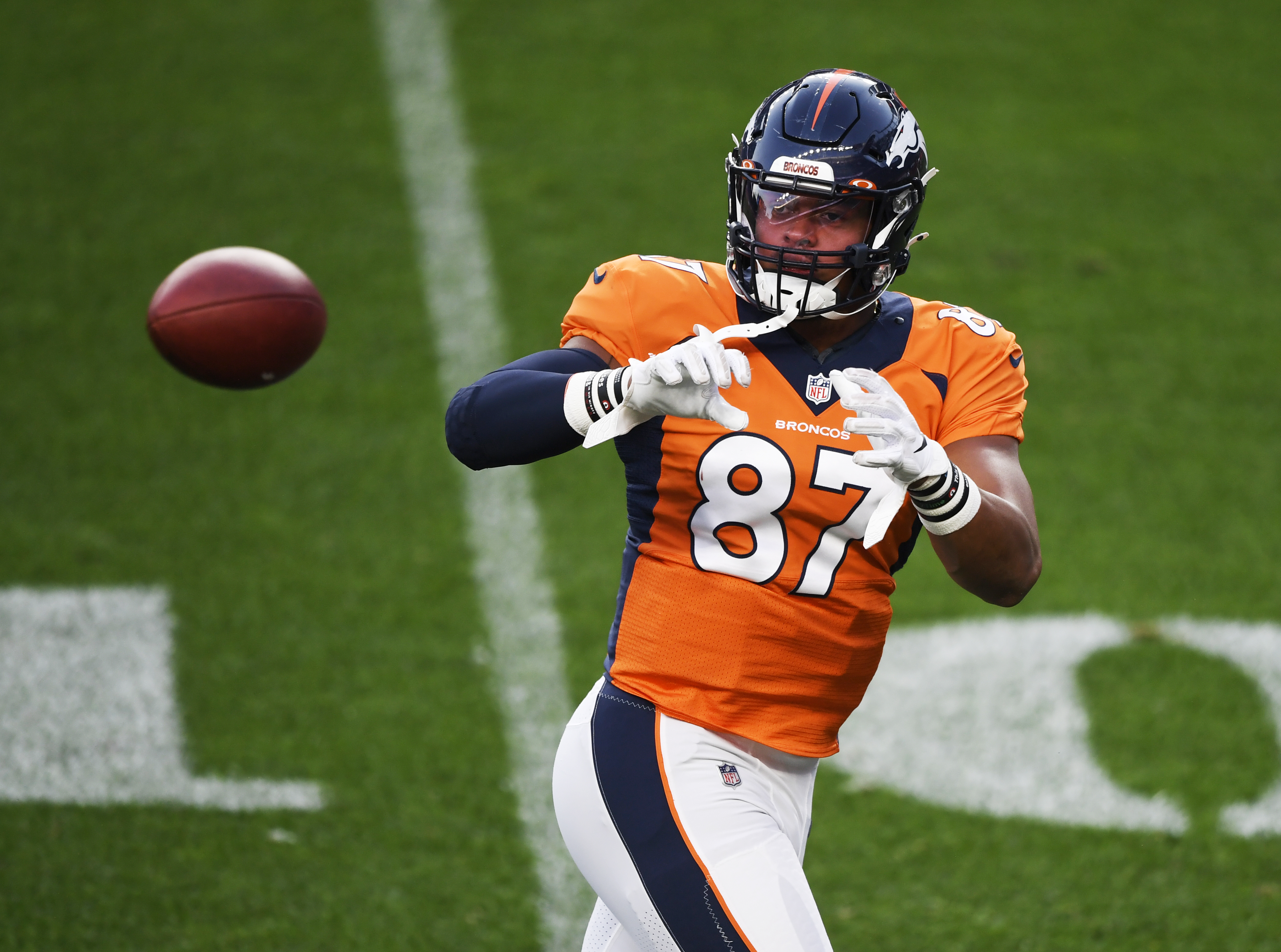 Noah Fant ($4,700) – Fant had a bit of an off week last week, enough so to drop his salary down to $4,700, and make him a great value play. Baltimore’s defense isn’t quite what it used to be and Teddy should have plenty of time to get the ball out. With Jeudy and Hamler out, Fant should get even more involved in the offense too. If Marlon Humphrey is covering Courtland Sutton, Bridgewater may make Fant his top option to look to. Throw Fant into your lineups with confidence

Dallas Goedert ($4,400) – We probably won’t see the true upside of Goedert this season as the Eagles never ended up trading Zach Ertz. There was so much speculation all offseason that it would happen, and give the tight end role solely to Goedert. Despite that, he’s seeing a decent amount of volume, and clearly looks better than Ertz. I’d expect to see the Eagles go down early and throw the ball quite a bit, and while Ertz may snipe a touchdown, Goedert will certainly have more targets, receptions and yards.

T.J. Hockenson ($5,800) – It wasn’t a great week for Hock against the Ravens last week. After picking up 8 receptions in back to back games, he only managed 2 in week 3. I’d be shocked if he doesn’t bounce back in a big way against the Bears. He’s still Goff’s clear number 1 target, and has the upside to be the TE1 on any given week. 2 of the first 3 weeks have seen the 50k contest winning lineup spend big on tight end, so if you plan on doing that this week, Hockenson is the play.

Kyle Pitts ($5,300) – We still haven’t seen that big breakout game for one of the best tight end prospects we’ve ever seen, but the signs are still there that it’s coming. Pitts is getting plenty of snaps from the slot and even out wide, so the Falcons desperately want to get him involved. With a matchup against the Football Team you’d think it’s a tough one, but they’ve been surprisingly bad against the pass so far. The game is coming and Pitts price keeps falling, so I’m looking to get ahead of the curve here and put Pitts in my lineups.

Evan Engram ($3,700) – Engram has had quite the fall from grace from a fantasy perspective this season. For the first time in a while, he wasn’t being drafted as a top 10 TE, and didn’t even get on the field until this past week. For that reason, people are probably forgetting about him, and that’s reflected in his very cheap price. Fortunately for him, both Darius Slayton and Sterling Shepard won’t be playing this week, which could make him a primary target for Daniel Jones. With 6 targets already last week, I could easily see that number go up even more. Engram is a great extremely cheap option this week.