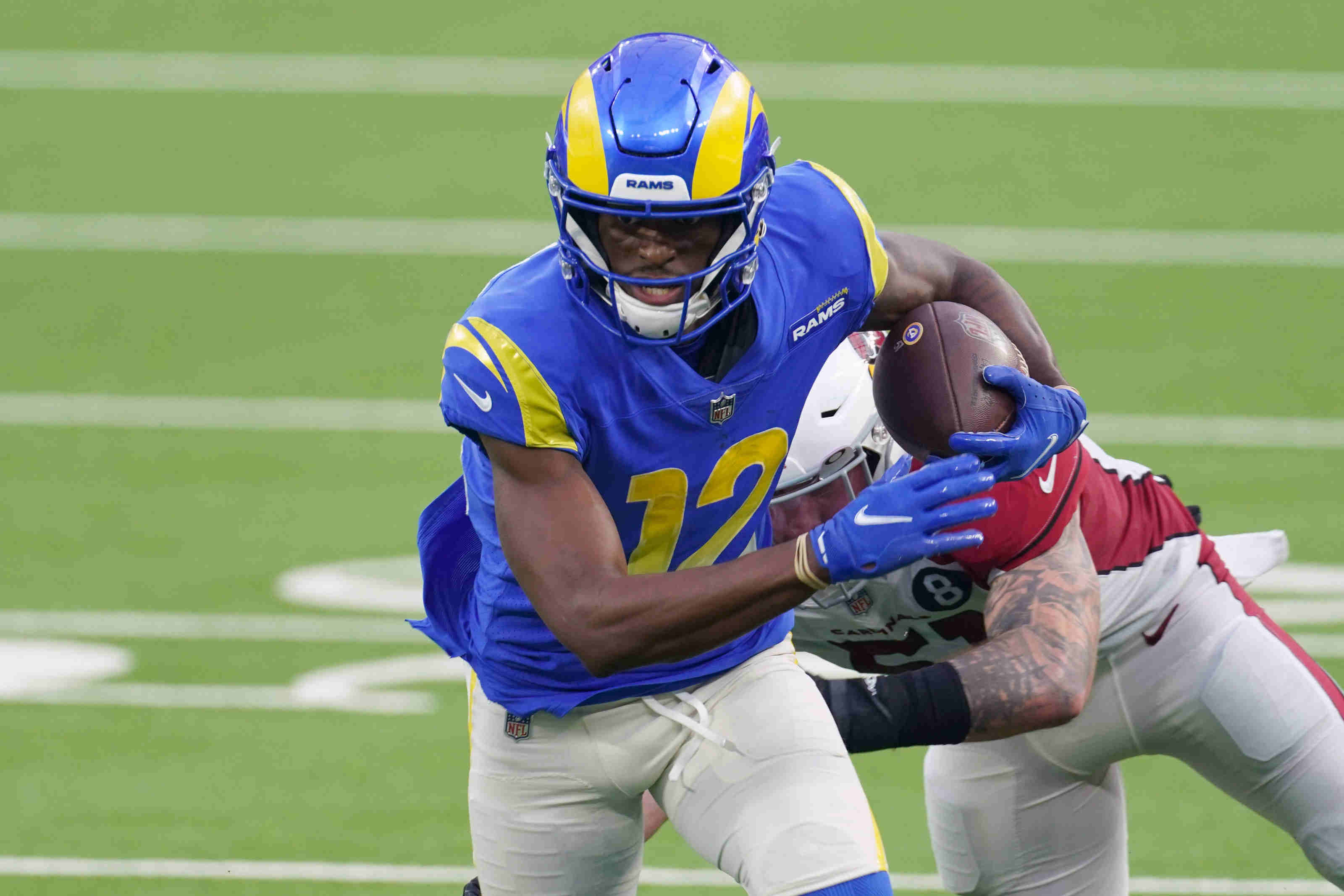 We’re getting down to the final stretch of the fantasy football regular season. You might be in a position where you need every win you can get to make the playoffs, so every start/sit decision matters. If you need help on knowing which guys to start this week, here are 3 wide receivers you need for your week 13 lineup.

Brandon Aiyuk ($5,600) – Deebo Samuel will be out this week for the divisional matchup against the Seahawks, which means Aiyuk will be the number 1 wide receiver in a great matchup. Aiyuk is 11th in the league in receiving yards since week 8, and over the past 3 weeks, his target share has risen to 26.6%. There’s potential we see a similar end of season this year for Aiyuk as we did last year, and he’s become an every week starter from here on out. It may have taken a while for him to get going, but we’re finally seeing what we envisioned at the start of the season and I love it.

Tee Higgins ($5,500) – JaMarr Chase is still the much higher priced and considered the much more valuable asset, but don’t forget about Higgins in this offense. In the games both Higgins and Chase have played in this year, Higgins has out targeted Chase 67 to 65, so this team still views these two as a 1A and 1B duo. In a matchup against the Chargers, we could see a back and forth shootout between these two teams. So Higgins is someone I’m comfortable throwing into my salary cap lineups and starting him in my season long leagues with ease.

Van Jefferson ($5,500) – He may be slipping under the radar a little bit with Odell coming over, but Jefferson has been quite involved in this offense. He’s got 36 targets over his past 5 games, receiving 6+ in every one, and he’s the primary deep threat for the Rams. His intended air yards per target is sitting at a very high 13.8, which is the 10th highest mark in the league (of receivers with 40+ targets). Combine his consistent targets with his downfield presence and you get a great mix of floor and ceiling.