SuperFlex Strategy: 5 Players That Have Stood Out This Preseason 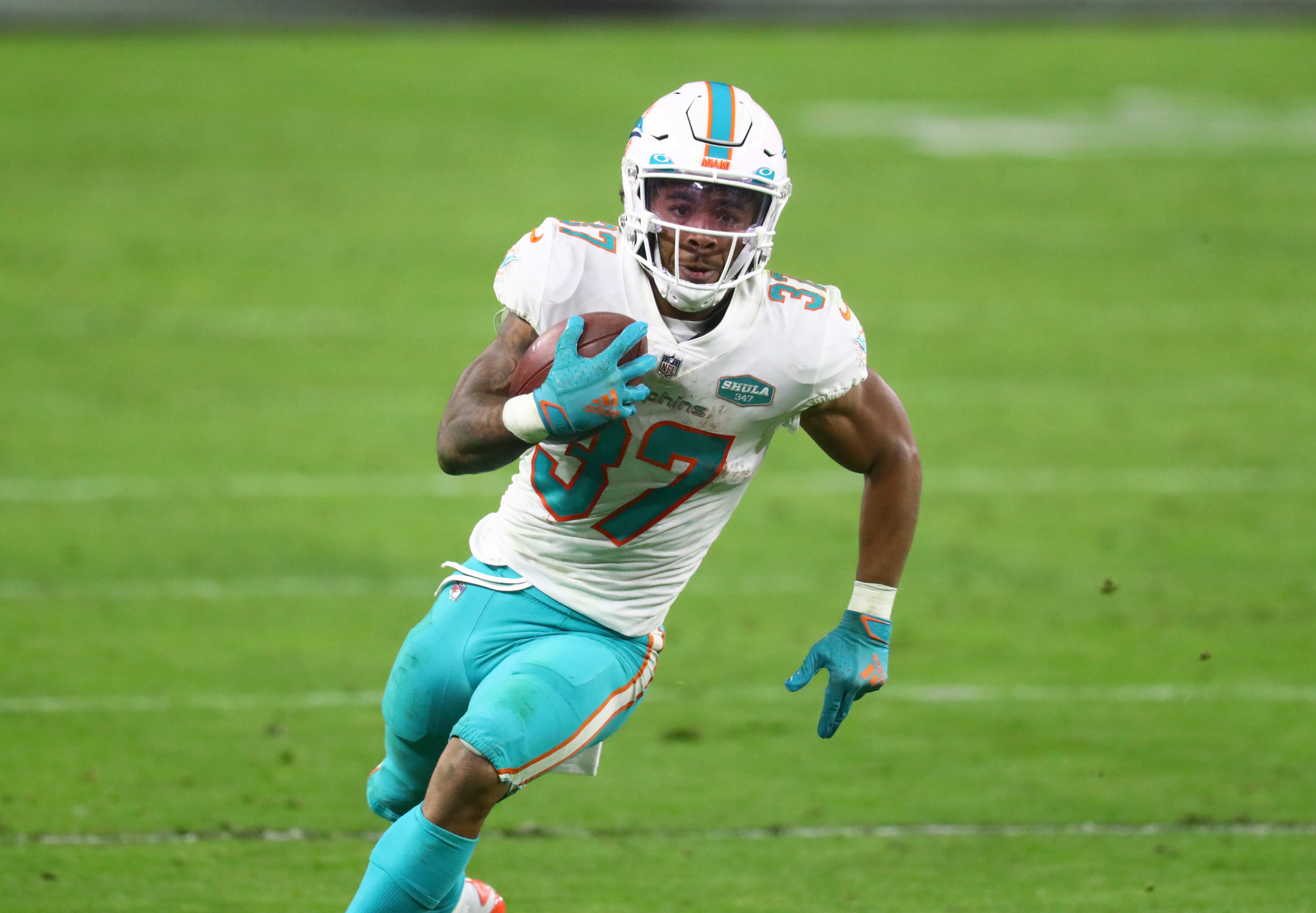 5 Players That Have Stood Out This Preseason

If you want to play our unique SuperFlex Salary Cap format for free, use promo code “DREW9” for a free $10 entry into our week 1 NFL contest. You’ll have a chance to win a share of the $100,000 prize pool! Download the app and play SuperFlex on OwnersBox.

The preseason doesn’t matter. Until it does.

Whenever we try to gain an edge from football, we have to separate reality from perception. The “reality,” with regard to exhibition games, is that the numbers cannot be taken too seriously. The perception, however, is critical.

That perception can be altered in the preseason.

As we long as we focus our attention less on the actual statistics and more on what they mean for the player’s role on a team, fantasy draft stock, etc., we can use the preseason to our advantage. After all, the players are competing. Against each other. Against their teammates. Against themselves.

And some have stood out above the rest. 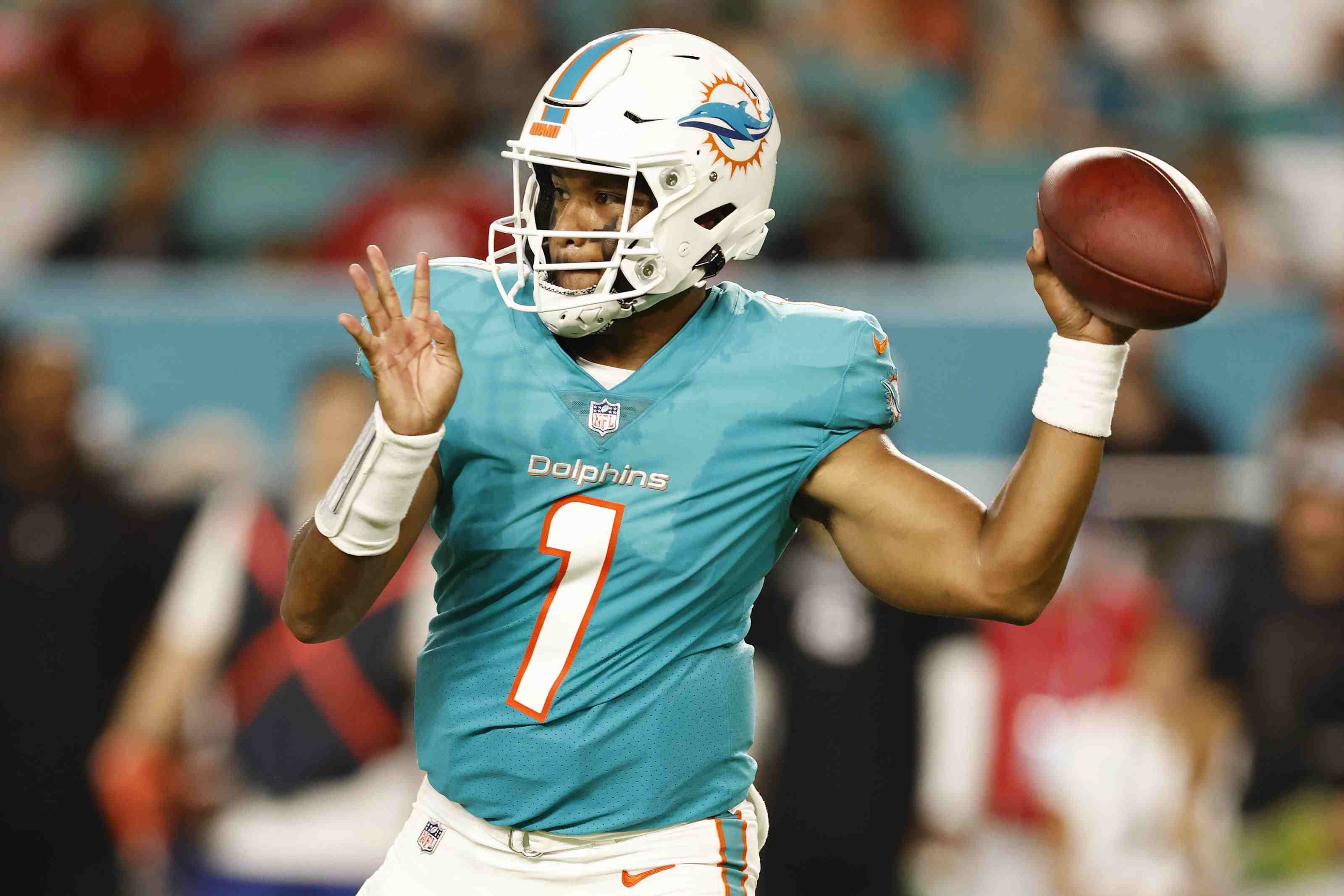 For as much hype as Miami Dolphins quarterback Tua Tagovailoa has received over the past calendar year, the ending of his rookie campaign left people with more questions than answers. Playing well in the preseason won’t necessarily provide those answers, but it also won’t go unnoticed.

Tagovailoa was putting together a solid preseason debut in Week 1, but ended it with an interception on his last pass attempt. It clouded both his numbers and perception. That changed with his last outing.

In his second preseason game, Tagovailoa went 16-of-23 for 183 yards and a touchdown. Overall, he led two touchdown drives and regularly moved the football down the field.

Most importantly, he has definitely caught people’s attention. Once again, it’s not enough to completely erase any concerns, but playing well through the first two preseason games will inflate Tagovailoa’s stock. If you’re a believer in the second-year quarterback, you should be buying now before the price rises further.

Through two preseason weeks, New Orleans Saints wide receiver Marquez Callaway leads the league in receiving yards. What’s most impressive, however, is that he didn’t just dominate one game en route to a high yardage total, but has shined in both contests.

Really, he thrived in the debut and then put an exclamation point on his preseason campaign with a two-touchdown 104-yard day on Monday Night Football.

Between the sensational catches — he filled the highlight reels on Tuesday — and the fact that Monday’s game was a standalone, nationally-televised event, Callaway’s big night was on full display. Anyone who was preparing for a season-long fantasy football draft certainly took notice. This is also because Callaway might be the one filling in a massive hole left by the absence of Michael Thomas. Thomas is set to miss the early part of the season, while the Saints have yet to name a starting quarterback.

For a franchise that has been the pinnacle of consistency for the past decade, this type of ambiguity is uncommon. Callaway has now positioned himself to be one of the potential hidden bright spots. 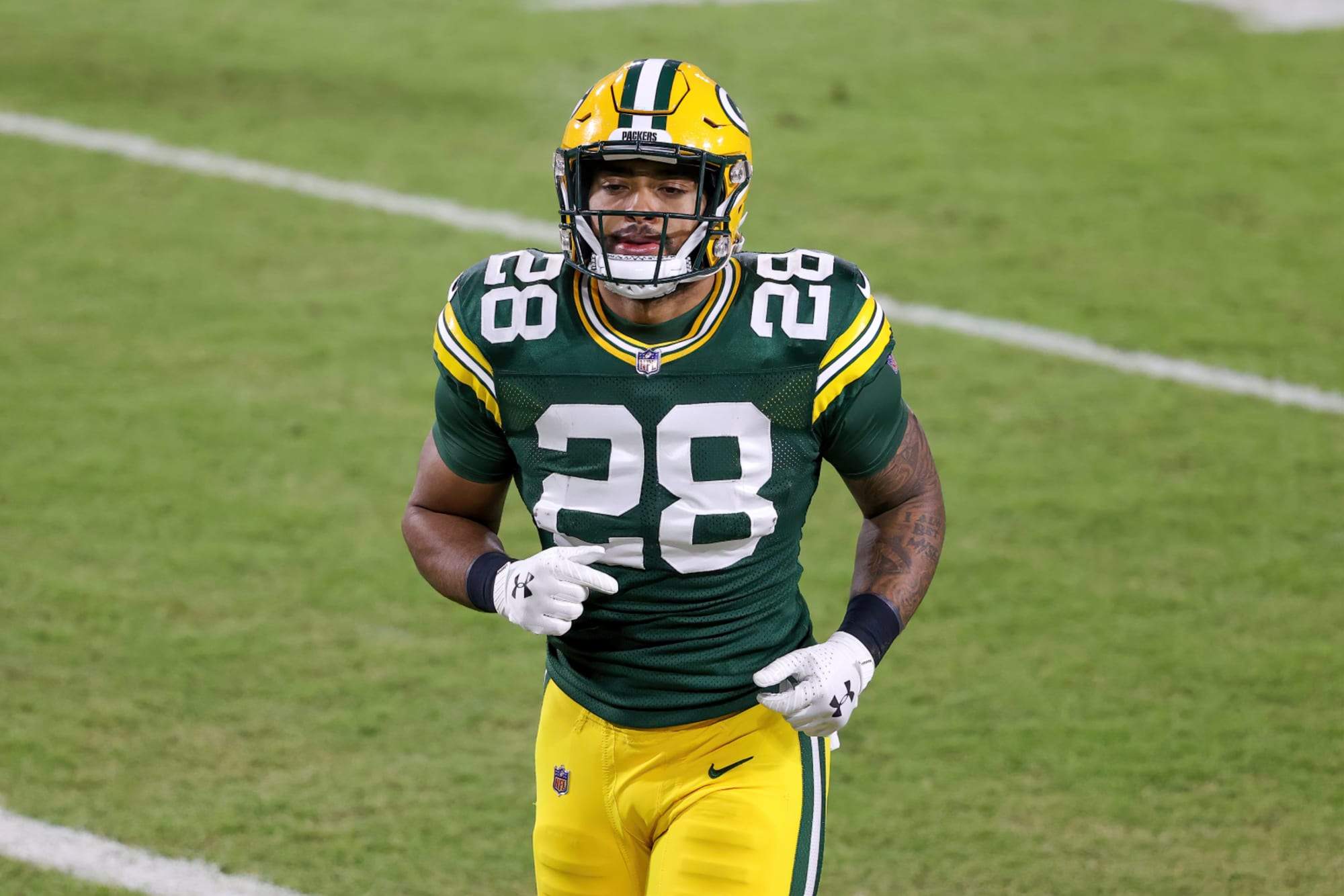 There is absolutely nothing that Green Bay Packers running back A.J. Dillon could have done in the preseason to supplant incumbent starter Aaron Jones, but he made his case to be a backup running back worth considering in all fantasy football formats.

Dillon played briefly in the first preseason game, then was nursing an injury, and finally returned to action the following week. In his later contest, he amassed 40 total yards on just six touches — four carries and two receptions.

That was it. The Packers didn’t want to overuse Dillon.

And we’ve all seen enough.

Dillon will fill the role previously occupied by Jamaal Williams over the past few years, and Dillon has already shown brief flashes that suggest he has a higher overall ceiling than his predecessor. His preseason performance has only strengthened that argument.

While the aforementioned Dillon is solidifying a backup role, Myles Gaskin is looking to establish himself as a starting running back. The Miami Dolphins are currently set to rotate through players in the backfield — a nightmare for all fantasy football managers — but there is no denying that Gaskin’s preseason has made that decision more difficult. Maybe it’s not enough for Miami to reconsider its stance, but it is enough to show why Gaskin should lead the potential committee.

Gaskin was effective in the first preseason game, but he wasn’t actually the starter at the time. That changed in the second game, where he not only started the game, but dominated the first half. He carried six times for 27 yards, caught four passes for 44 yards, and delivered two touchdowns.

The situation in Miami is going to be difficult to navigate from a fantasy football perspective, but Gaskin’s standout performance has all eyes focused on him. The hype surrounding New York Jets quarterback Zach Wilson has been steadily building for quite some time, but it has reached its apex with his second preseason outing. Wilson was nearly perfect under center, throwing for 128 yards, two touchdowns, and nine completions on 11 attempts. It was arguably the best showing by a starting quarterback in the preseason to date.

And possibly the most impactful.

With the recent news that Andy Dalton — and not Justin Fields — will be starting in Chicago and the ongoing battles between Cam Newton and Mac Jones and Jimmy Garoppolo and Trey Lance in New England and San Francisco, respectively, Wilson is likely to gain more attention among rookies as a fantasy football target.

It is never a guarantee that preseason success will translate into the regular season, but hype and expectations will. Wilson put on a show in August, and it will not be forgotten in September.