Should You Draft Eagles Pass Catchers in 2022 Fantasy Football? 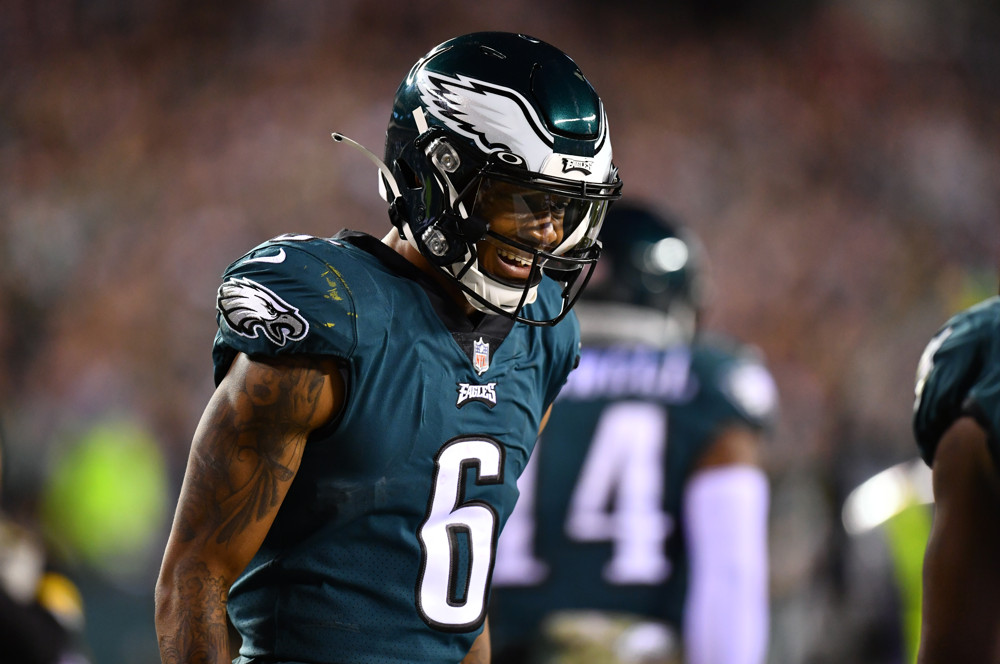 Should You Draft Eagles Pass Catchers in 2022 Fantasy Football?

The Philadelphia Eagles are one of the most talked about teams coming out of the NFL Draft. Many see the trade for AJ Brown as one that solidifies the offense for the foreseeable future. This is a trade that certainly makes this offense look incredibly dangerous. But with Jalen Hurts under center, will this lead to 2022 fantasy football success for Eagles pass catchers?

In this article we will cover three players, DeVonta Smith, AJ Brown and Dallas Goedert. All three of these guys are currently going in the first 6 rounds of fantasy football drafts. Are these players worth their ADP? Should you be avoiding them in 2022? Let’s find out.

What Last Season Tells Us

Last year was a tale of two different seasons for Philadelphia, we can really break this down between weeks 1-7 and weeks 8-18. In those first 7 weeks the Eagles were 2-5, but still scored 25.1 points per game. This is an important note to keep in mind as we navigate last season. Weeks 8-18 were the reason they made the playoffs, going 7-3 in their last 10 games.

So what changed? Why were the results so drastically different? Well it’s pretty glaringly obvious when you look at the underlying numbers.

In those first 7 weeks of the season, Jalen Hurts was dropping back to throw far too often ranking 5th in total drop backs. But this didn’t lead to quality efficiency as he ranked 26th in completion percentage and had a yards per attempt of 7.5.

Nick Sirianni made a significant adjustment in play calling and offensive scheme moving forward. In those final 10 weeks, Hurts had the 2nd least passing attempts in the league. The Eagles also finished the season with the 2nd most rushing attempts per game.

It’s clear that their run-first offense was what led to wins on the football field. Even with AJ Brown entering the fold, how can we expect to see this offense changing drastically considering their success?

I think with AJ Brown entering the offense in 2022, you can certainly expect some sort of uptick in passing volume considering his skillset. Jalen Hurts abilities as a pocket passer aren’t to a high enough degree to warrant a change in philosophy. But Brown can help them be more efficient when they do ultimately throw the ball.

Here is the good news for AJ Brown fantasy managers though, Hurts wasn’t afraid to push the ball downfield in 2021. The Eagles QB had an average depth of target of 9.3 yards, which was third overall. Now he’s got one of the best contested catchers in the NFL to make plays for him. I’d expect to see his 38.1% completion percentage on throws of 20+ yards to improve with Brown on the field.

This is where my concern begins to grow significantly for fantasy value. Smith finished as the WR30 in PPR formats last season, recording 64 catches, 916 yards and 5 touchdowns. His target share was 22.1%, which is a solid contribution for any rookie wide receiver. He did this with the 9th most deep targets and the 6th highest average target distance at 14.4 yards.

But now he will have AJ Brown running opposite of him, who had a 40.8% air yards target share last season in Tennessee. Smith doesn’t profile to the level that Brown does as a deep ball threat. He ran 87.4% of his routes out wide last season, which is why he saw those high value targets, if we see more of 65/35 split in 2022 those deep targets will likely decrease.

It’s early in the off-season right now but Smith is going as the WR33 in fantasy football drafts right now. I’m struggling to see how he can finish close to his WR30 finish from 2021. I’d likely be avoiding him until close to the double digit rounds of drafts in 2022.

Last season, the Eagles tight end had the best target quality rating in the NFL. This stat puts a premium on deep, catchable targets and discounts short uncatchable ones. What really helped his finish as the TE8 was his 14.8 yards per reception was the second best at the position behind Kyle Pitts.

What concerns me with Goedert is the volume, his 76 targets ranked 17th amongst tight ends last season. So if those high value targets aren’t there as often for him, can he score more than 4 touchdowns in 2022 to supplement that? It might be difficult to do that in the red zone or goal to go situations as Hurts scored 7 TDs inside the 5-yard line last season.

Goedert is going to find himself firmly in a third tier behind the likes of Darren Waller, TJ Hockenson and Kyle Pitts. He’s in a dangerous dead zone at the tight end position that I can’t justify taking until later than round 7.