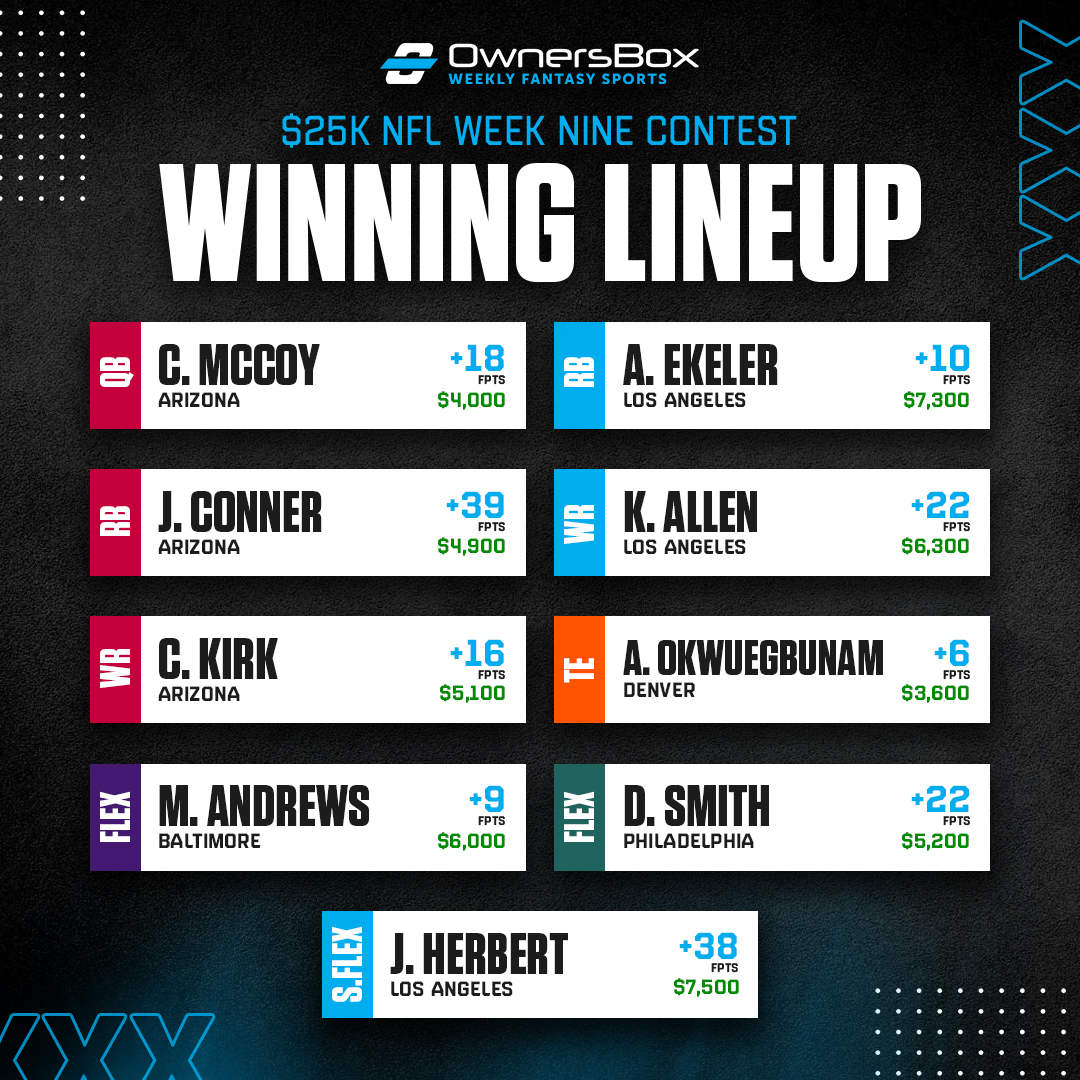 Here is the lineup that won the $4,000 grand prize-winning lineup in the NFL Week 9 OwnersBox Contest! 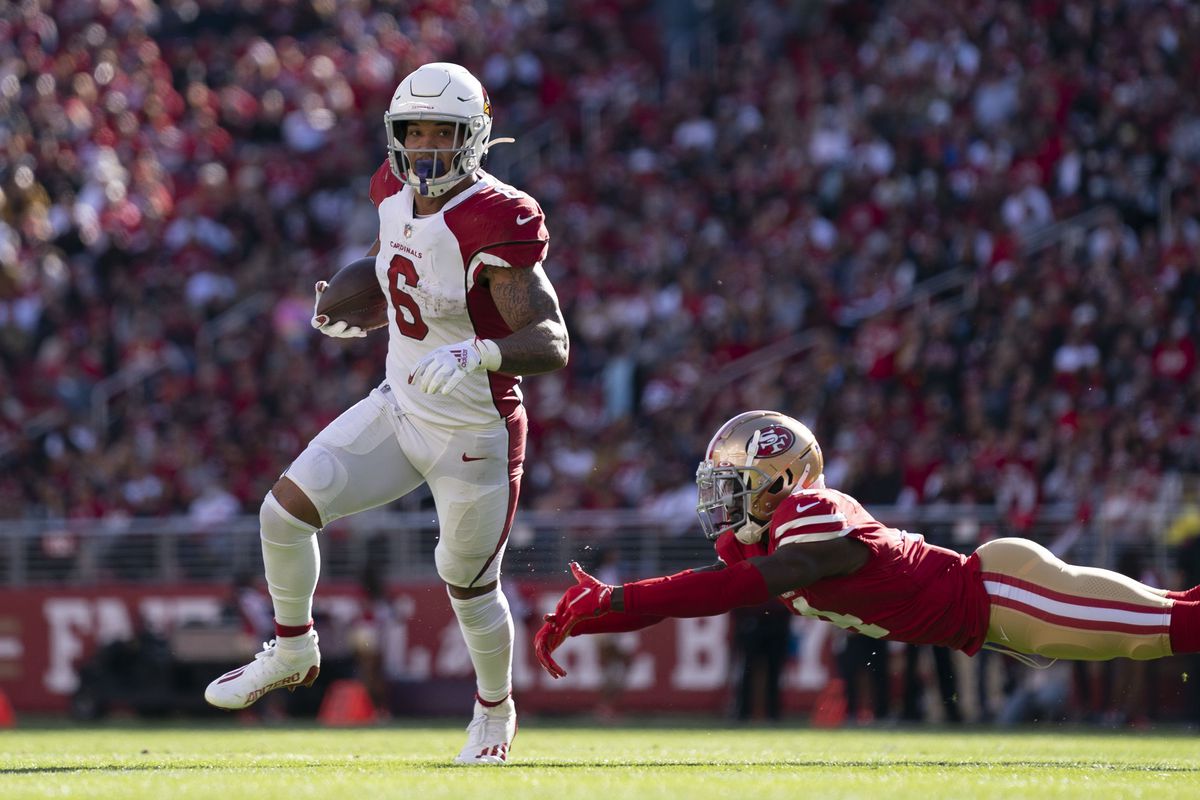 The Cardinals were without Kyler Murray and DeAndre Hopkins and were still able to pull out a road win over division rival San Francisco 49ers. The winning lineup featured a Cardinals superstack of Colt McCoy, James Conner, and Christian Kirk; this superstack was at the nucleus of the Cardinals offense on Sunday as the QB/WR/RB superstack combined for 73 fantasy points, raising this lineup’s ceiling all the way to the grand prize victory. Colt McCoy had a minimum quarterback price of $4000; starting McCoy gave this lineup the liberty to spend up at other positions across the lineup.

Similar to the Cardinals superstack, this lineup was able to incorporate a second superstack with the Chargers QB/RB/WR superstack of Justin Herbert, Austin Ekeler, Keenan Allen. The Chargers put up 27 points on the Eagles, and Herbert, Ekeler, and Allen contributed 38,10, and 22 fantasy points respectively.

As is mentioned every week in this article, the winning lineup often features a stack of players from the same offense as if the team scores a bunch of points, multiple players from that team will have fantasy success, raising the ceiling of the lineup. This lineup was a perfect example, as the user was able to hit on an offense in the Cardinals scored a bunch of points on Sunday, and the superstack raked in the points for the lineup. 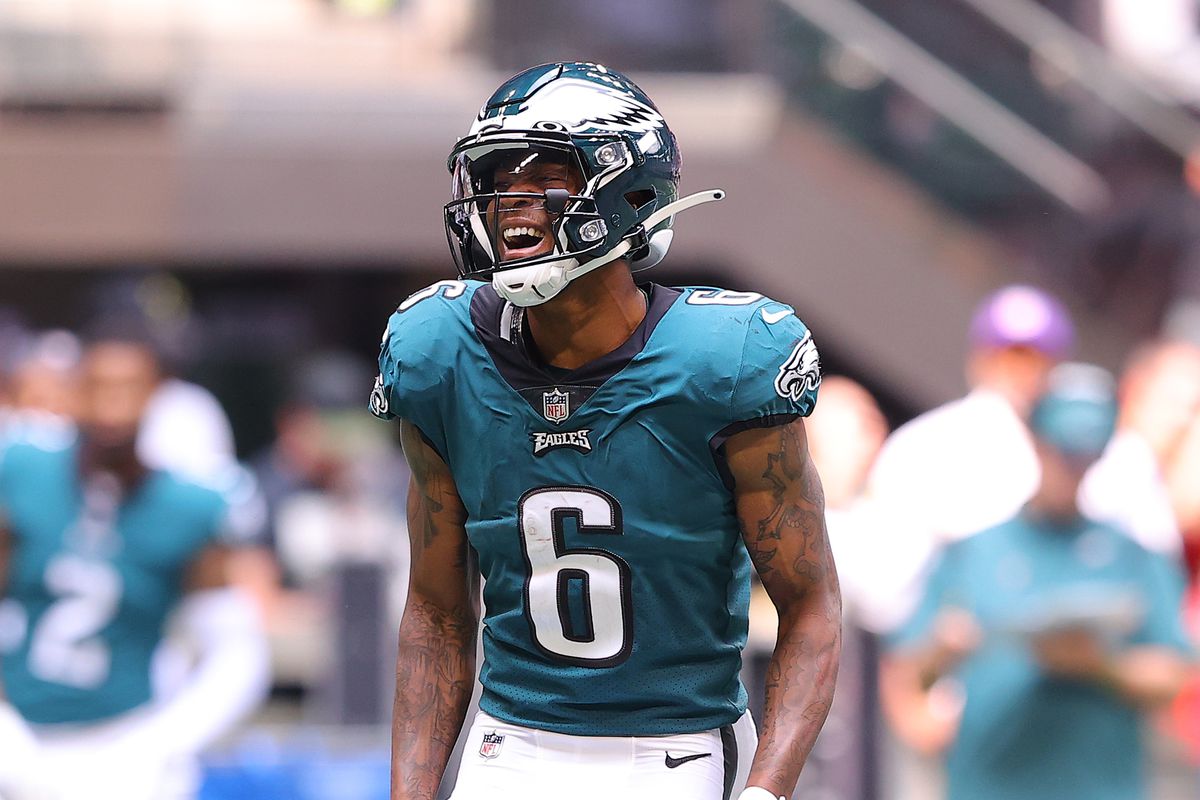 The rest of the grand prize winning lineup consisted of Eagles’ wide receiver DeVonta Smith, Ravens’ tight end Mark Andrews, and Broncos’ tight end Albert Okwuegbunam. Devonta Smith hit for 22 points, but Andrews and Okwuegbunam missed with only 6 and 9 points each. Luckily, the lineup was carried to victory by the pair of superstacks, and once again we saw that the winning lineup was not the perfectly optimized lineup as the lineup scored only 180 points, compared to a total of 210/220 we have seen from the winning lineup in recent weeks.