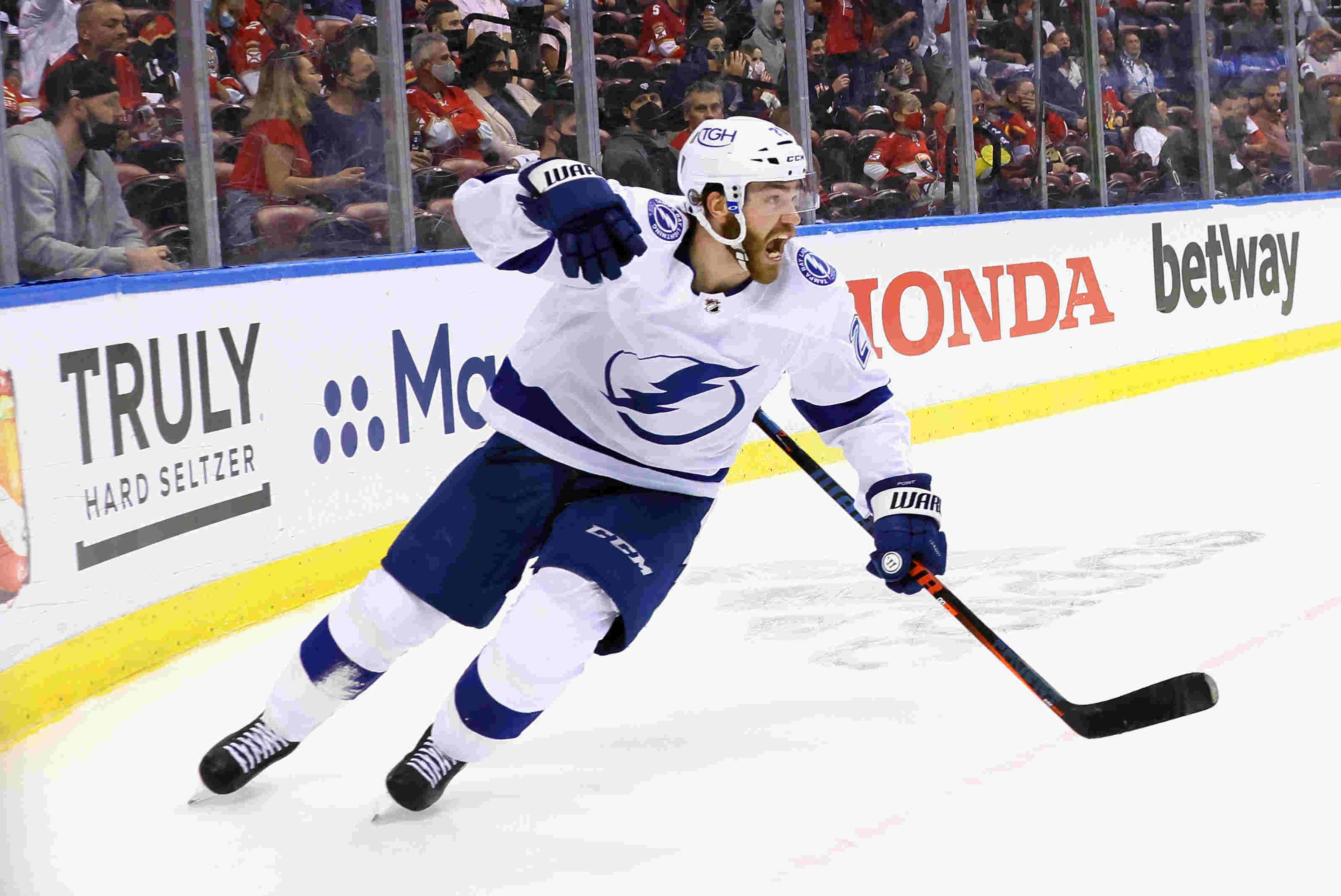 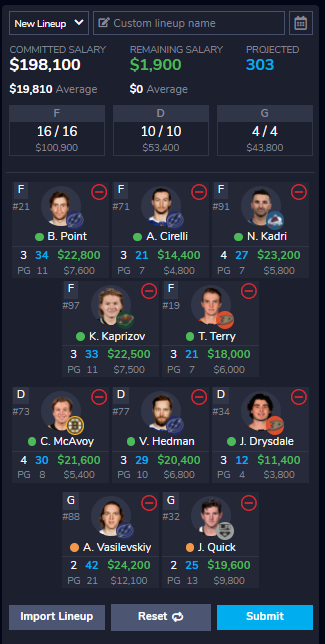 Tampa Bay is obviously a wagon of an NHL team. The salaries of their players have dropped because they have not been producing points like expected. This is why I think it’s a perfect time to capitalize on the low price tags. Vasilevskiy is priced as the 5th goalie on OwnersBox, WAY TOO LOW for my liking. The departure of Kucherov hurts the value of some of the Lightning players, but not the value of Cirelli. Cirelli gets the opportunity to fill that role, while Kucherov misses time.

The Lightning play the Wild, Flyers, and Kraken this week.

McAvoy is an elite defender in the NHL who fills categories and at the same time plays on one of the best powerplays in the NHL. This price tag is crazy low for a defenseman like McAvoy. Charlie is averaging 11 fantasy points/game, which ranks him in the top 5 for all defensemen. The Bruins have four games this week against the Flyers, Flames, Buffalo, and Rangers. All of these games should be fairly competitive other than the Sabres game. Expect McAvoy to log big minutes in the other 3 games.

My favorite cheap play this week comes from Los Angeles and in the crease. The Kings have surprised a lot of hockey minds this year surpassing their pre-season expectations. Quick has had a resurgence of a season, which is giving nostalgia to a lot of Kings fans. Quick is averaging 25.6 fantasy points, which ranks him 3rd among goalies who have played more than 3 games this season. QUICK HAS JUICY MATCHUPS!! He is projected to tend the crease against the Senators and Arizona.

Nathan MacKinnon will be sidelined for the next 3-4 weeks, which means someone’s role will be increased. Kadri is getting a chance on PP1 and his matchups are extremely favorable. The Avalanche play the Sens, Ducks, Stars, and Preds. In the first game without MacKinnon, Kadri put up a 25 fantasy point bomb against the Canucks. He’s had a great to the season with 17 points in 13 games played. Kadri’s price tag is very cheap for his potential output.