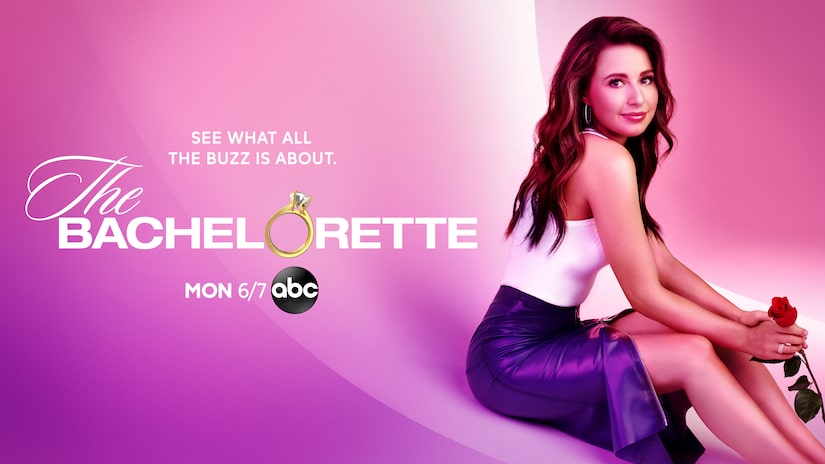 Who’s making it to hometowns?

Who’s going to make it to hometowns? Who’s the villain this season? Who’s going on the two-on-one? These may be questions you have after Katie’s season premiere. After carefully analyzing the episode, I am confident in my choices.

Now if I was a betting woman (which funny enough, I am), these would be my predictions.

Why Mike? Glad you asked. In episode one, Mike admitted that he was saving himself for marriage. The promo clip then shows Mike crying that he did not think “it” would come this quick and I assume “it” is the fantasy suites. Fantasy suites follow hometown dates. Therefore, Mike makes it to hometowns. And for those who don’t know, fantasy suite means sex before marriage causing trouble in paradise for Mike here.  Also, if you look at the background, it’s different than the typical confessional takes which might mean that they are in a different location. As well, Mike seems very emotional in this photo … ergo he’s invested. 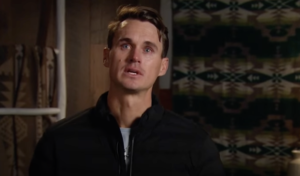 Greg. Oh, sweet Greg. The first impression rose Greg. Just off the comment alone where he told Katie that the pasta necklace was not real gold, I would have taken Greg to my top four, most likely even top two. Let’s just take a second to look at Greg in the “what happens this season” clip. I mean COME ON … kissing in the rain?! The timeless rom-com cliché. If this isn’t foreshadowing that Katie and Greg are in love, I don’t know what is. He has this one in the bag as far as making it to hometowns and I’d bet on that. 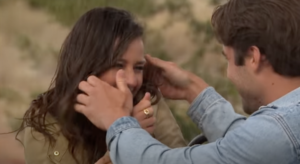 Alright, let’s talk about Andrew S. His first interaction with Katie gave me the ‘girl faking an Australian accent just to stand out’ flashbacks, but in his defense, maybe the fake accent thing works because he seems to stand out to Katie. I mean, if you watched the preview of the season, you would see that Katie says “I love you” while hugging Andrew S. Either this is clever editing by the producers or a sneaky way of saying, “Andrew S. is a front runner” this season. While I think he makes it to hometowns, I don’t think Andrew S. wins. The promo video shows Tayshia saying, “if you aren’t ready, you should say goodbye”. And I’d bet this is about Andrew. 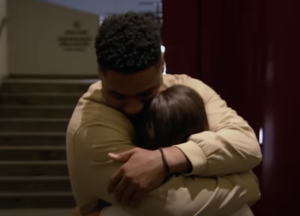 Then we have Justin. I’m just gonna say it, Justin was not memorable at all in the first episode, but I have a sneaky feeling he makes it far. He’s a sleeper pick if you will. He’s going to start off in the background and slowly creep up to the top four. Justin is the type of guy that gets to the top six and you’re like “wait who are you” but then he gets his one-on-one and becomes a top contender. I mean, you can already see here that he got a rose. Katie looks smitten. I’d watch out for Justin. 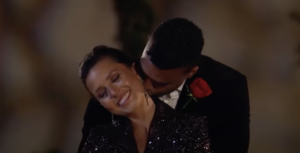 What would the bachelor/bachelorette be without the villains? Otherwise known as the entertainment of the show. These guys are only here to provide us with drama and I’m here for it. Some of you may not like these picks but I’m calling it now.

First up, Hunter. When I first saw you, I just knew you’d be the good guy villain (I’m going to coin this term). The good guy villain is the guy who thinks he has Katie’s best interest at heart, but really, he’s just fueling the fire of the real villain while also causing unnecessary drama for Katie. The poor girl then has to take him and the other guy on a two-on-one merely for our own entertainment (but who’s complaining). He’s the Noah of this season. A good guy, but here for the wrong reasons.

Now, you’re probably like Connor B? The sweet math teacher cat man? No way. But yes, trust me. This happens every year. There’s always that one villain that the bachelorette or bachelor is blind to while the viewers and contestants HATE HIM.  Don’t believe me? Check out David on Becca’s season. The guy who showed up in a chicken costume – great energy, but it all went downhill after week one. Connor B. AKA “cat man” is going to start out as a likable guy but he’ll quickly annoy the guys, and ultimately, us. I am calling this now.

Blake, buddy, let it rest. Listen you weren’t loved on Tayshia and Claire’s season, I don’t see that changing here, to be honest. Also, the boom box, it’s overdone. We just know you binge-watched a bunch of romcoms before coming on Katie’s season and thought yes, this is how I come back. Blake is going to be the next Chris Bukowski. I can see Blake fighting with both Hunter and Connor B. for something ridiculous and just ruining all their chances with Katie. 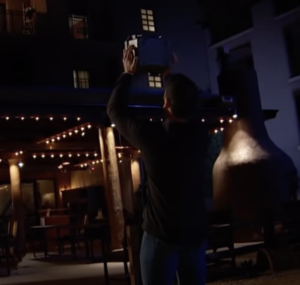