Conor McGregor Got Got 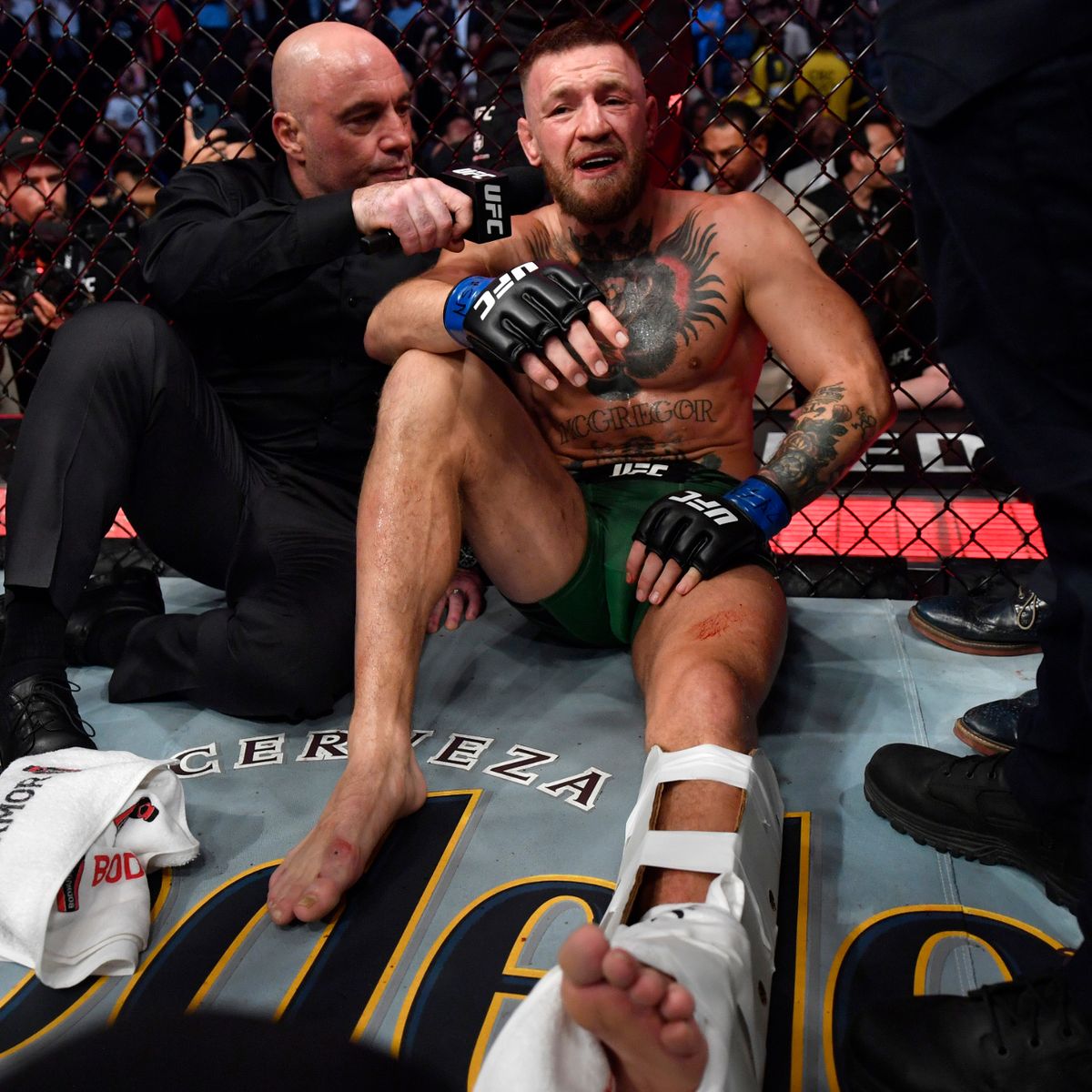 Let me preface this article with the fact that in no way do I consider myself to be a hardcore UFC fan. But I was thoroughly entertained on Saturday night. As someone who watches very sparingly the UFC product is almost indescribable, it has moments that has me feeling like there is no more exciting sport in the world. But guys like Conor McGregor are what usually get my eyeballs.

I have to start with a quick shoutout to my (new) guy Kris Moutinho. Herb Dean you mother fucker. Let this man have his moment and take the fight the distance, he took 200 significant strikes JUST TO THE HEAD in over 14 and a half minutes and you’re telling me he couldn’t last 27 more seconds? Bull shit. Kris is an absolutely beauty, took the fight on 11 days notice, his first UFC fight of his career mind you and got his shit kicked in. O’Malley credited him after the fight for his toughness so I’m thinking this helps jetisson his career. Being the guy that absorbed the most first round strikes in UFC history may not be a good look to most people but I think it’s gonna help him make a little more money and earn him some more opportunities.

The frustration boiling over for Conor McGregor here.

No matter the hardship, Notorious will be back. #UFC264 pic.twitter.com/tghHEv8TSy

Now, on to this scumbag. Yes I said it. What an horrific look for Conor here. You could tell he was juiced up for this fight. Let’s start with the pre-fight garbage that I noticed in the ring before the bell. I’m not sure what kind of head games he was trying to play and maybe it was a nothing moment but when Poirier entered the ring McGregor was trying to take up at least 2/3 of it. If you check out the 1:20 mark of the below video you’ll see exactly what I’m talking about.

I’ll admit that I had a sizeable wager on Dustin Poirier so this could be bias. But I’m not sure that McGregor stood much of a chance in this fight if it went on to the second round. McGregor hit on some nice leg kicks early on but before the two got to their feet at the end of the round Dustin was beating the wheels off him. You’d have to think that the betting line going into round 2 would have been Poirier -200. I’m sure the McGregor dick riders will try to delusionally tell me otherwise, feel free to hit me up on Twitter.

Let’s get to the post fight antics. What an absolutely ridiculous move by Conor to talk that type of shit while his ankle isn’t connected to his shin bone. I always wonder if the fighters have some sort of handshake agreement when they’re spewing insults at each other in pre-fight pressers. Like hey you talk shit about me and I’ll talk shit about you, people will eat it up, we’ll sell more PPV’s and we’ll make more money. Pretty self explanatory. But saying that Poirier’s wife is in his DM’s? Let’s sit back and ask ourselves, what is the percent chance that this is true? Maybe 2%? Then he tops it off by calling her a hoe. Dustin should get one chance to put his knee to McGregor’s temple while he’s sitting there against the fence. What a goofball.

Let’s face facts here, McGregor is 32 years old and is about to have reconstructive surgery on his leg. He wasn’t winning this fight if his leg was in tact. I know the world will want to see a fourth edition of this rivalry but there is NO CHANCE it lives up to expectations. The sportsbooks are telling us exactly that. The Superbook gave us the odds for this potential bout with Poirier being -240!

At this point in their careers, Dustin Poirier is just better. McGregor got what was coming to him. If they face off for a fourth time I’m sure people will run to the books to back the Irishman. I cannot wait to fade them to put more money in my pocket.