Athletes to Watch Out For: Tokyo Olympics 2021 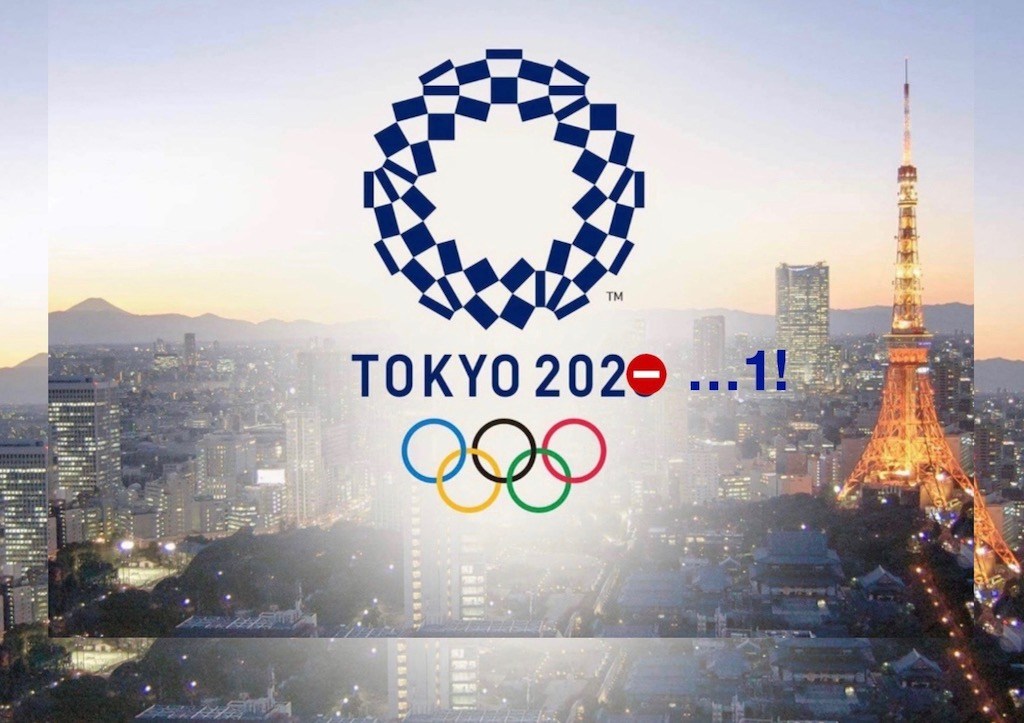 Who to look out for in the Tokyo Olympics?

With only 25 days until the Olympics begin, I’m giving you a rundown of all the Olympians you won’t want to miss.

Sunisa Lee is an American gymnast who qualified second in the US Olympic trials, following closely behind Simone Biles.  Lee, 18, is starting to heat up as she beat the all-around best gymnast in the world holding the advantage over Simone Biles after her mishaps on the apparatuses. Simone still finished first, but Sunisa’s all-around score marks the first time anyone beat Simone since 2013. Lee is coming off an ankle injury and is still dominating the competition.  You won’t want to miss her in Tokyo. 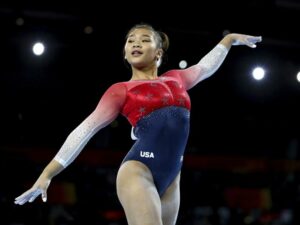 Allyson Felix is a track and field athlete competing for the American team. She is a 35-year-old mom hoping to win a medal in her last Olympics. In the 2016 Olympic trials, Felix missed out by 0.1 seconds in the 200m and 400m races.  This year, she qualified for both 200m and 400m, ranking third in the 200m, after already qualifying for the 400m. However, she has not decided if she will race both or choose one. She also is set to race the 4×4 relay and 4×4 mixed-gender relay. Allyson is someone who is determined to win and with this being her last Olympics she’s worthy of watching. 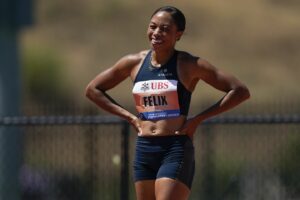 100m Sha’Carri Richardson is unforgettable both on and off the track. She is an American track and field star who finished her race in 10.86 seconds. I can’t even put my hair in a bun in 10.86 seconds. Sha’Carri and her fiery red hair will be something you’ll want to make sure you watch during the Tokyo Olympics. 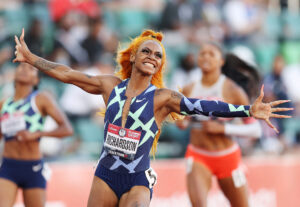 Noami Osaka. We all know her as a high-class professional Tennis player. She is a four-time grand slam champion who was courageous enough to bring her mental health concerns to the forefront of the media.  She will be competing for Japan this summer as she works to get her first Olympic medal, but announced she will not compete in Wimbledon. This means the only time you get to watch Osaka dominate in Tennis is in Tokyo. 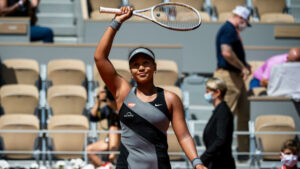 Sky Brown is a 12-year-old skateboarder from Great Britain who qualified to compete in the 2021 Tokyo Olympics. If her age alone, doesn’t want to make you watch her, then I don’t know what to tell you. She will be making history as being the youngest Olympian to compete for Great Britain. Less than a year ago, Sky Brown fractured her skull and has worked hard to mentally and physically prepare herself for the summer. 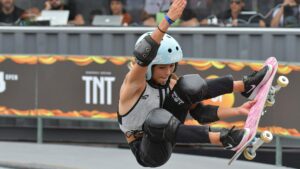 Kylie Masse is a Canadian swimmer who specializes in backstroke. In the 2016 Olympic games, Masse finished with a bronze in the 100m backstroke race. Kylie is back with retribution, as she wants to win a gold medal. In her qualifying trials, she finished first place setting a new Canadian record in the 100m backstroke. She finished her race in 57.70 seconds, closely following the world record of 57.57 seconds set by Regan Smith.  You wouldn’t want to miss her break a world record in the Olympics now would you? 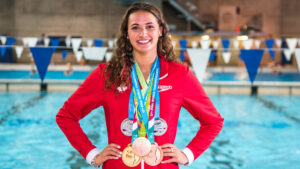