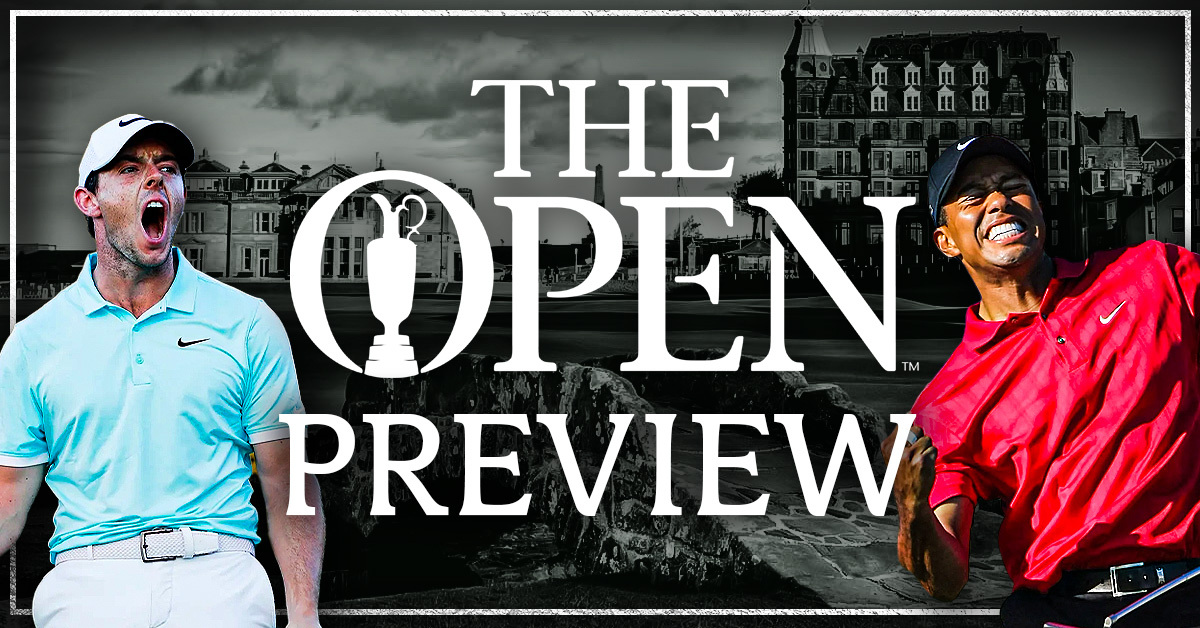 The final major of the season is upon us and there is no better place to close it out then the Old Course at St. Andrews. The cherry on top is the fact Tiger Woods took some time away to prepare for the final major of the season and one of his favorite courses in the world. The 2022 Open Championship odds are led by Rory McIlroy, who hasn’t finished inside the top-40 at an Open Championship since a T-2 finish at Carnoustie in 2018.

This year marks the 150th edition of the Open Championship and 29th time it’s been played at the birthplace of golf. It’s only been six years since the Old Course hosted the event, so we’ll have plenty of relevant statistics and historical data to work with in finding a winner. The course stands at 7,305 yards as a par 72, with two par-5’s. two par-3’S and a whopping 14 par-4’s. Don’t forget the firmness of the golf course, where the ball will travel significantly farther then we’re accustomed to seeing.

Check out the full odds board at BetMGM!

McIlroy is a fitting betting favorite across the pond this week, he’s recorded seven straight top-20 finishes including a win in Canada back in June. He’s played at the Old Course just once in his career, back in 2010, where he finished T-3 highlighted by a opening round 63.

Xander Schauffele trails shortly behind in the betting odds at New Jersey sports betting sites. He’s arguably golfs hottest player right now, having won the Scottish Open last week and capturing the Travelers Championship on June 26th. He too has seven straight top-20 finishes, but at just +1400 odds this week at BetMGM is the value still there for the American?

Let’s take a look at some of the key stats, betting trends and history of the Old Course at St. Andrews to see who should garner a wager in the 2022 Open Championship odds.

3 Key Stats for the Old Course at St. Andrews

The test that the Old Course provides to any other course on tour is incomparable, there really aren’t course comparisons to look at. There is also the weather and wind that can take some of the most important stats and throw them out the window. With it being early in the week it’s difficult to project what it’ll exactly be like but right now it’s looking like 10-15 mph winds with gusts up to 25 mph during the 4-day stretch of the tournament.

The fairways are extremely wide, but pot bunkers litter the golf course. Driving distance can be a major advantage on calm days, but in windy conditions it’s pretty well a non-factor. Driving accuracy is something to consider but is not a driving factor for me. With massive, undulating greens on each and every hole that’s something we will dive deeper into.

The early-week peek at #TheOpen at @PointsBetUSA. Will Zalatoris at 30-1 is getting some heavier action relative to his ticket count despite that bet needing him to finish first and not specifically second. pic.twitter.com/MlcSPYZvxc

Putting can be a very volatile stat, but finding a player that can get hot with the flatstick is of the utmost importance at St. Andrews. So we’ll take a look at some of the leaders in strokes gained putting, as well as 3-putt avoidance from 25+ feet. With such large greens, players must be comfortable putting over severe undulations fairly often.

Some of the most notable names in the top-20 of strokes gained: putting are Denny McCarthy, Tyrrell Hatton, Mackenzie Hughes, Rory McIlroy, Sam Burns, Cameron Smith and Patrick Cantlay. With this being just one ingredient to the overall formula I’d consider anyone inside the top-60 of this stat.

When looking at 3-putt avoidance from 25+ feet you’ll find Hatton, Zach Johnson, Xander Schauffele, Webb Simpson, Gary Woodland and Adam Scott inside the top-20. There is going to be plenty of players dealing with lengthy lag putts all week long, the ones who limit their amount of strokes on the greens will be in the best position to hoist the Claret Jug.

There really isn’t much more to say about why this stat is relevant, there are 14 damn par-4’s on this track. A number of them come in measuring less than 400-yards, so some of the long ball players could benefit if the conditions are right.

A number of the top players in the world are ranked high in this stat category. Being able to score on the par-4’s is an indication of a complete player. Justin Thomas, Seamus Power and Xander Schauffele round out the top-3 players in par-4 scoring this season.

If you’re looking for birdie makers on par-4’s, Scottie Scheffler, Cameron Smith and Cameron Young have some of the highest birdie or better percentages on par-4’s this season.

Proximity to the Hole

There is a way to avoid plenty of long, difficult putts and it’s by keeping yourself close to the hole. With a number of par-4’s on the card we’ve got to look at approach play and ability to get close to the flag in regulation for birdie opportunities. There are going to be locations away from the hole where birdie is near impossible, players high in this stat will avoid a lot of those situations.

Justin Rose, Shane Lowry, Collin Morikawa, Corey Conners and Justin Thomas are all featured in the top-10 when it comes to proximity to the hole. These players make for a great bet in nearly every event, not just at St. Andrews.

When placing your 2022 Open Championship bets this week be sure to shop around for the best prices. I’ll be sharing the odds for these wagers and where I was able to get them in at. If you’re looking to sign-up at one of these books check out the best Illinois sports betting promo codes!

We’ll put some of these important stats to use here to find the players that best fit the mold of an Open Championship winner at the Old Course this week. We’ll look at both their outright odds to win the tournament as well other markets available on the 2022 Open Championship odds board.

When it comes to major tournaments, the hot players typically draw a lot of attention especially with the Scottish Open being a primer for the event. When it comes to Sam Burns, he’s had an excellent season but the last two events haven’t contained his best stuff. But he’s got three wins this season and plenty of top-10 finishes. He’s got the chance to continue an excellent season across the pond.

Burns is an excellent putter, he’s 13th on tour in strokes gained putting and 41st in 3-putt avoidance. He can convert plenty of birdie looks with the putter as he’s 11th in birdie or better conversion percentage this season.

With Burns putting the way that he is this season he’s excellent on the par-4’s. He’s 10th in par-4 scoring average and 8th in par-4 birdie or better percentage. He can drive the ball long off the tee, averaging 307.2 yards in driving distance but the concern is accuracy. He ranks 145th in driving accuracy this season.

With wide fairways to forgive the big stick he’s certainly worth a flyer at his long price but you can also find odds on him at PointsBet to finish in the top-30 at a price of +135.

Jon Rahm consistently finds himself at the top of major championship odds boards at each and every tournament. It’s no different here as New York sports betting sites at some of the shortest odds, only behind Rory McIlroy and Xander Schauffele at BetMGM. He hasn’t missed a cut since the calendar flipped to 2022 and finished T-3 at last years Open Championship.

Rahm is the best player off the tee in golf, with the third longest driving distance and ranking 1st in strokes gained off the tee. This should give him an advantage over the field with how firm the fairways are. In any case though, he’s plenty capable of getting birdie opportunities with his iron play as well. He’s 22nd in proximity to the hole and 28th in strokes gained: approach this season.

Rahm is one of the game’s elite players that can score on the par-4’s at a high level, ranking 10th in par-4 scoring average. With past experience at St. Andrews in his career he’s my favorite player to back at the top of the 2022 Open Championship odds. 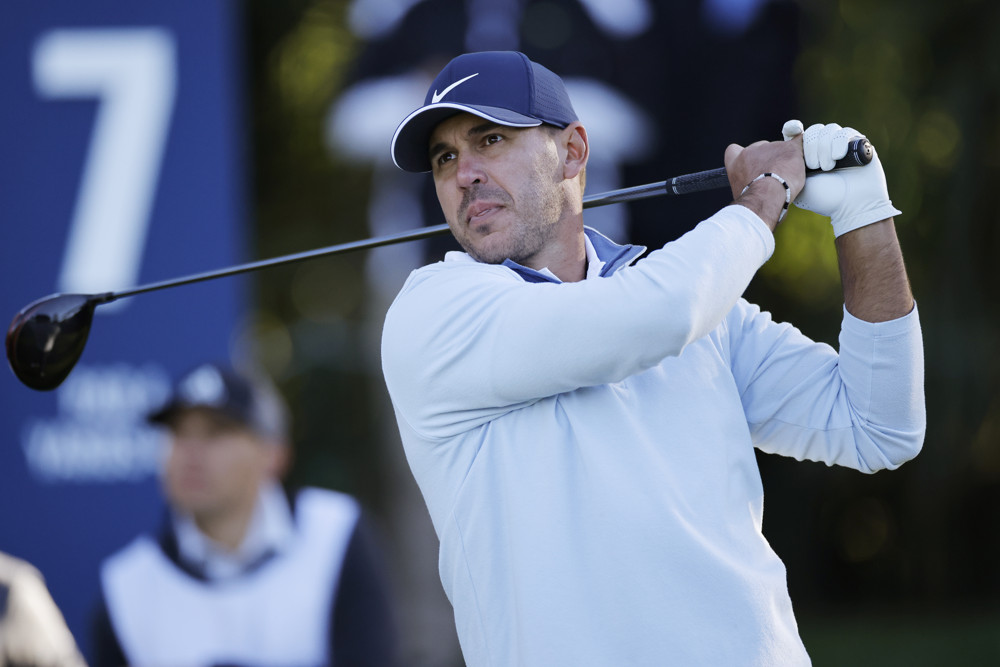 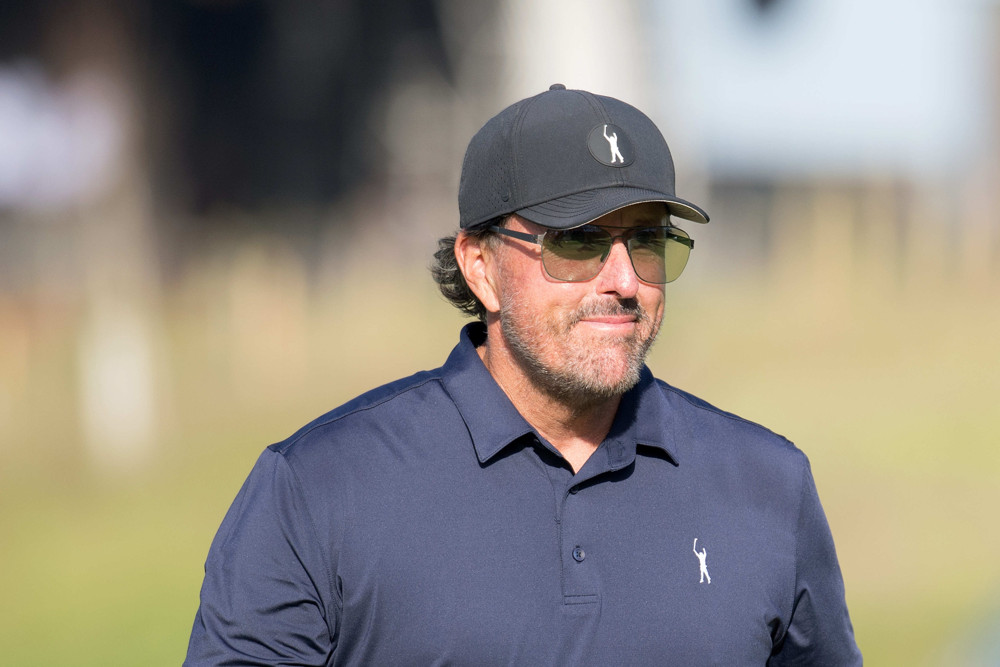