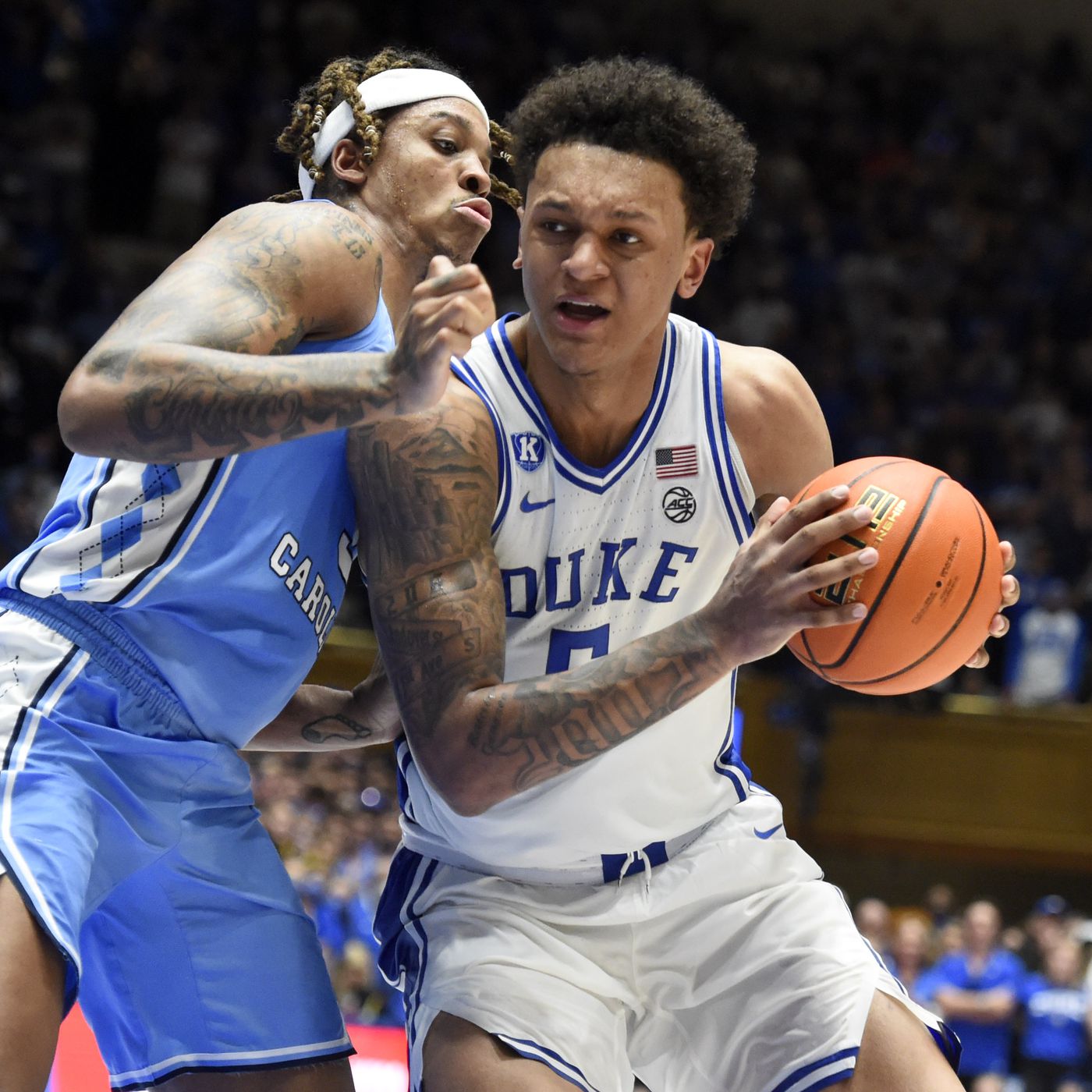 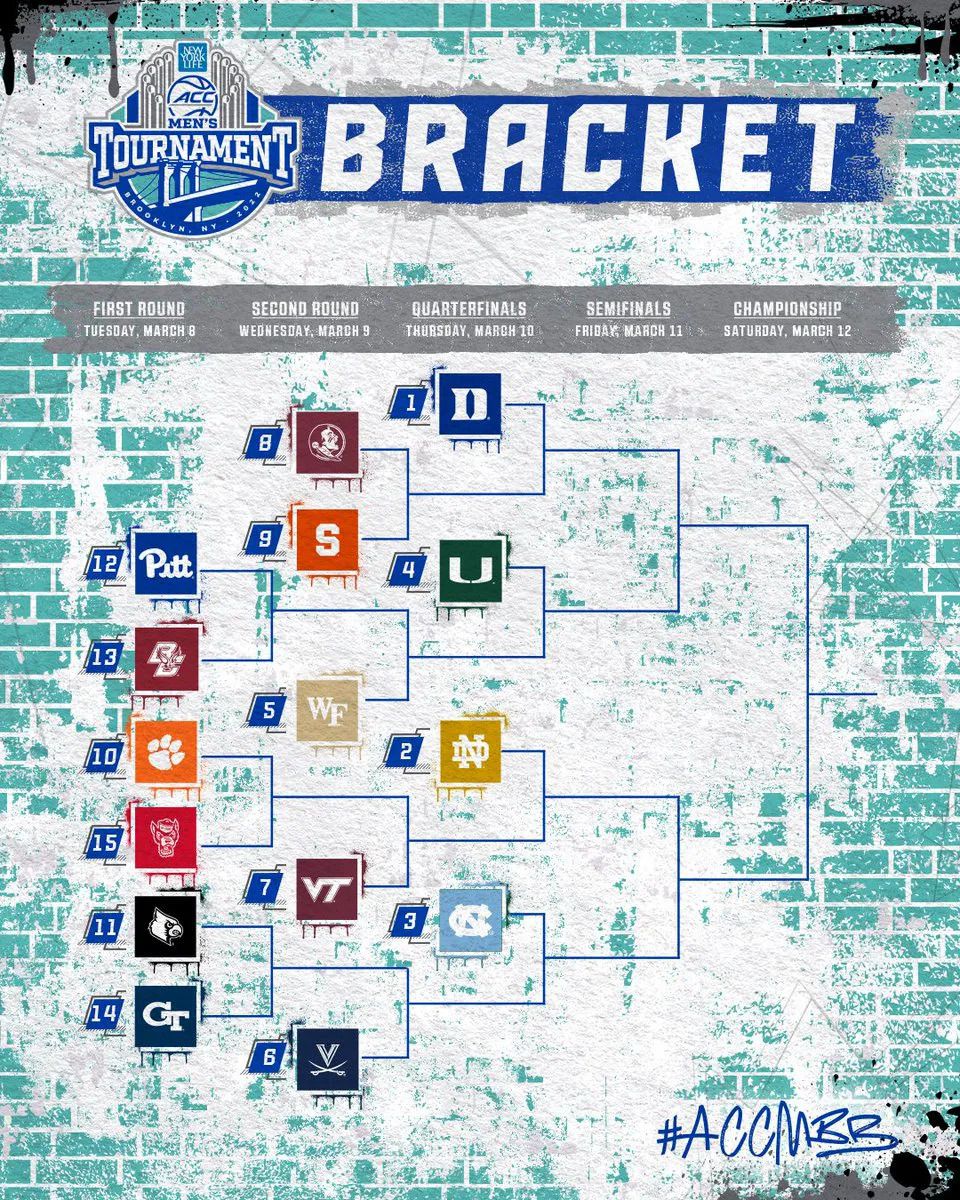 It’s been an uncharacteristic year in the ACC this season. Besides the fact that Duke is sitting atop as the #1 seed in the conference, usual powers Florida State, Syracuse and Virginia find themselves in the middle of the pack. Meanwhile the Fighting Irish recorded their most conference wins (15) in program history and find themselves as the #2 seed.

The ACC has four teams featured in KenPom’s top-40 in adjusted efficiency margin. Those teams include Wake Forest, Virginia Tech, North Carolina and Duke. The Demon Deacons are one of the most efficient shooting teams in the nation, shooting 58.9 inside the arc and 35.3% from deep. If the Hokies get hot in this tournament look out, they are a scorching 38.8% from 3-pt range this season and rely heavily on it. You’ll see a pattern from the top teams in the ACC as the Tar Heels are 19th in the country in adjusted efficiency. Finally, the Blue Devils are the most complete team in the conference with an elite defense and a top-10 offense in field goal efficiency. 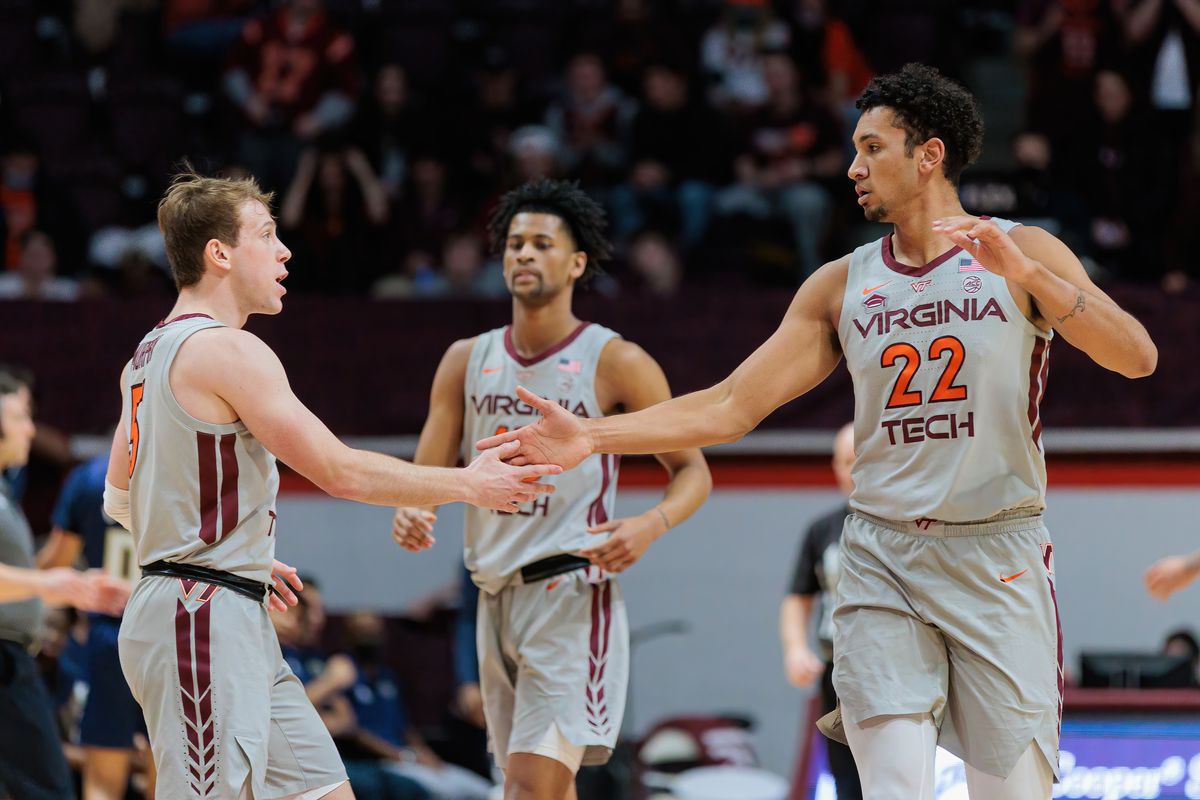 Is Duke the best team in the ACC? Yes. Is there any chance on God’s green earth that I am going to bet them at -150? Absolutely not. The value is non-existent and most of all, that isn’t any fun. So instead let’s look down the board and find ourselves some value. Ideally, I’m looking for a team that would avoid Duke until the championship game. Enter the Virginia Tech Hokies.

The team is led by fantastic guard play from Nahiem Alleyne and Hunter Cattoor, who are both shooting over 38% from deep. 6’9 forward Keve Aluma is the only starter shooting under 35% from 3-pt range, but he still leads the team with 15.3 points per game. Virginia Tech is 4th in the country in the 3-pt shooting percentage. This efficiency from behind the arc extends all the way across the floor, the team ranks 84th in free throw percentage (74.6%) and 79th in 2-pt percentage (52.3%).

They can go toe to toe with Notre Dame, who they are likely to see in the quarterfinal of the tournament. The Fighting Irish are heavily reliant on their 3-pt shooting and even on a night when they shot 40% from 3 the Hokies still walked away with a 79-73 win back in January. They’re getting hot at the right time as well, closing out the season 9-2 in their last 11. A deep tournament run is needed to get themselves off the bubble and into the NCAA tournament.

For a team that is top-40 in KenPom’s efficiency metric and is avoiding Duke’s side of the bracket I like their value at +1000 this week.