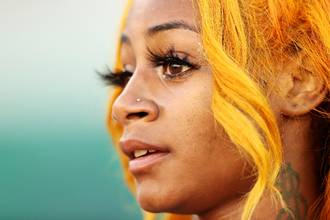 Sha’Carri Richardson is considered one of Team USA’s best and was a front runner in taking home gold in the 100m track and field. At the Olympic trials just over a month ago, she finished first and went viral for her flashy hair and the beautiful tribute she gave to her grandmother after completing the race. She quickly became a fan favorite for Team USA. 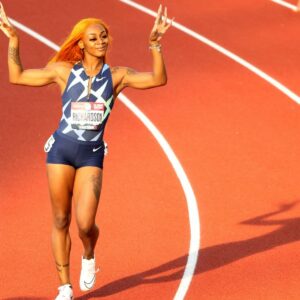 In a recent article I just wrote, I included Sha’Carri Richardson in Olympians to watch out for in the Toyko 2021 Olympics.

On Thursday, Sha’Carri, 21, tested positive for marijuana, which will keep her from competing in the Tokyo Olympics this year. After the Olympic trials in Oregon, she failed her drug test when THC was found in her system. Oregon is a state where marijuana is legal, however, she still violated the Olympic policy surrounding marijuana. She did not test positive for steroids or any other drugs.

According to the World-Anti Doping Agency (WADA) and Team USA, marijuana is considered a banned substance. It can pose risk to an athlete’s health and potentially enhance their performance in their sport.

In the WADA guidelines, testing positive for marijuana could result in a four-year ban, however that ban could get reduced to three months if proven to be “not sports related’. If an athlete undergoes a substance abuse treatment program their ban could then be reduced to one month. Which technically if Sha’Carri started the program today she could still compete in the 100m race as the women’s race starts on July 30th.

After the news was realized in the media, Sha’Carri took to social media and went on the Today Show to share her feelings. She shared how the death of her biological mother was a major stressor in her life and marijuana was helping her to cope, which when put into perspective is understandable.

Sha’Carri mentioned that her mother was “a complete stranger” but after hearing about her death from a news reporter it triggered her mentally and ultimately, marijuana was a way for her to de-stress during that time.

On the Today Show, she apologized for her actions and recognized that her decision to smoke was wrong. She apologized to her fans and to her USA team, hoping to learn from this and become a better athlete.

Sha’Carri will not be allowed to compete in the 100m race, however, it is unclear at this time if she will try and appeal the results of her drug test. She also may not be out indefinitely, there’s a chance she can compete in the relay race (why can she compete in one and not the other…I’m really not sure either).

I hope Sha’Carri can at least compete in one race this year as she can truly be a competitor for gold. However, if she does not, we know she’ll be back in four years.