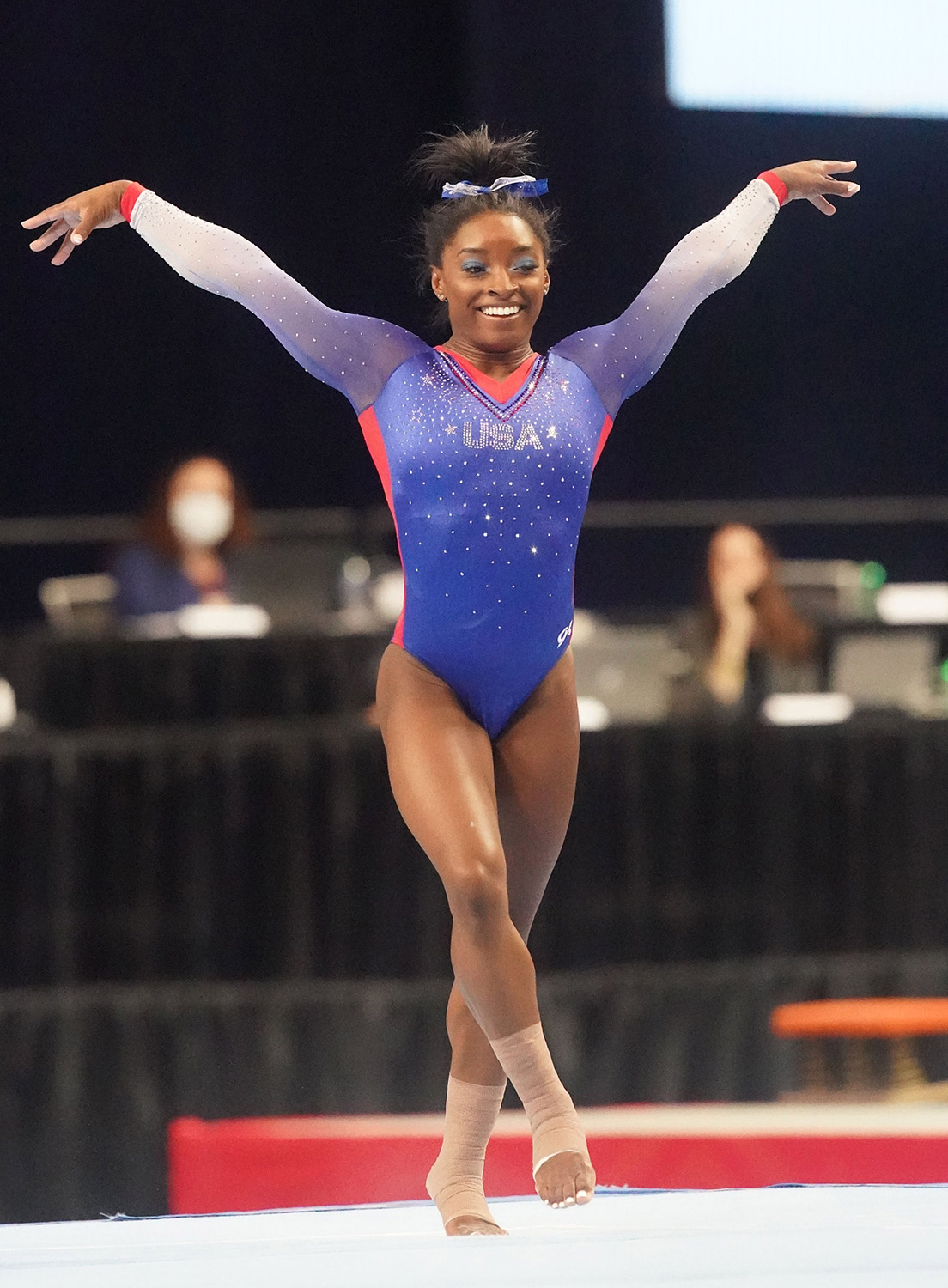 This past weekend the US held its Olympic Gymnastics trials in St. Louis, Missouri. The trials ran from June 24-27th where the US Olympic team would be decided. After a three-day-long competition and only a month away from the Tokyo Olympics, the US solidified their Olympic team.

For the first time, the US will be sending a five gymnast female team to compete for Gold in the Olympics.

The team will include Simone Biles (obviously), along with Jordan Chiles, Sunisa Lee, and Grace McCullum. Jade Carey and McKayla Skinner will also join the team but as individual competitors.

This weekend was intense for those competing and arguably us watching. Praying no one falls off the beam, that they don’t miss the bar or they don’t step out of bounds on their floor routine, which all actually happened this weekend.

Let’s take a look at the weekend.

It cannot be argured that Simone Biles is the G.O.A.T, I mean even her slippers say so. 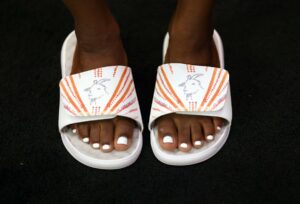 If you don’t agree with Simone Biles being the G.O.A.T., then I’m gonna say it, your opinion is wrong. She has four signature skills named after her, FOUR. She has two moves on the floor called the Biles and the Biles 2, one on the vault and one on the beam. To get a skill named after you, you must submit a skill for judgement and then succesfully complete the skill at worlds or the Olympics AND be the only one to do it.

Also can we just look at the the height she gets on her flips? Perspective check: she is 4’8 and can do a triple flip, TWICE.

Simone Biles at US 2021 Trials

Simone Biles finished this weekend in first place in the all around trials with a score of 118.098. However, Simone had some hiccups on Sunday that allowed Sunisa Lee to finish closely behind with a score of 115.832.

Despite Simone falling off the beam, losing her momentum on the bars and stepping out of bounds on the floor her difficulty score was so high, she still qualified first. Unhappy with her performance, she now knows what she has to fix.

Now, her rocky finish on Sunday could be concerning to some but I think this is a mental check for her. She now knows what she has to work on in order to successfully compete in the Olympics. I see Simone taking home her fifth gold medal.