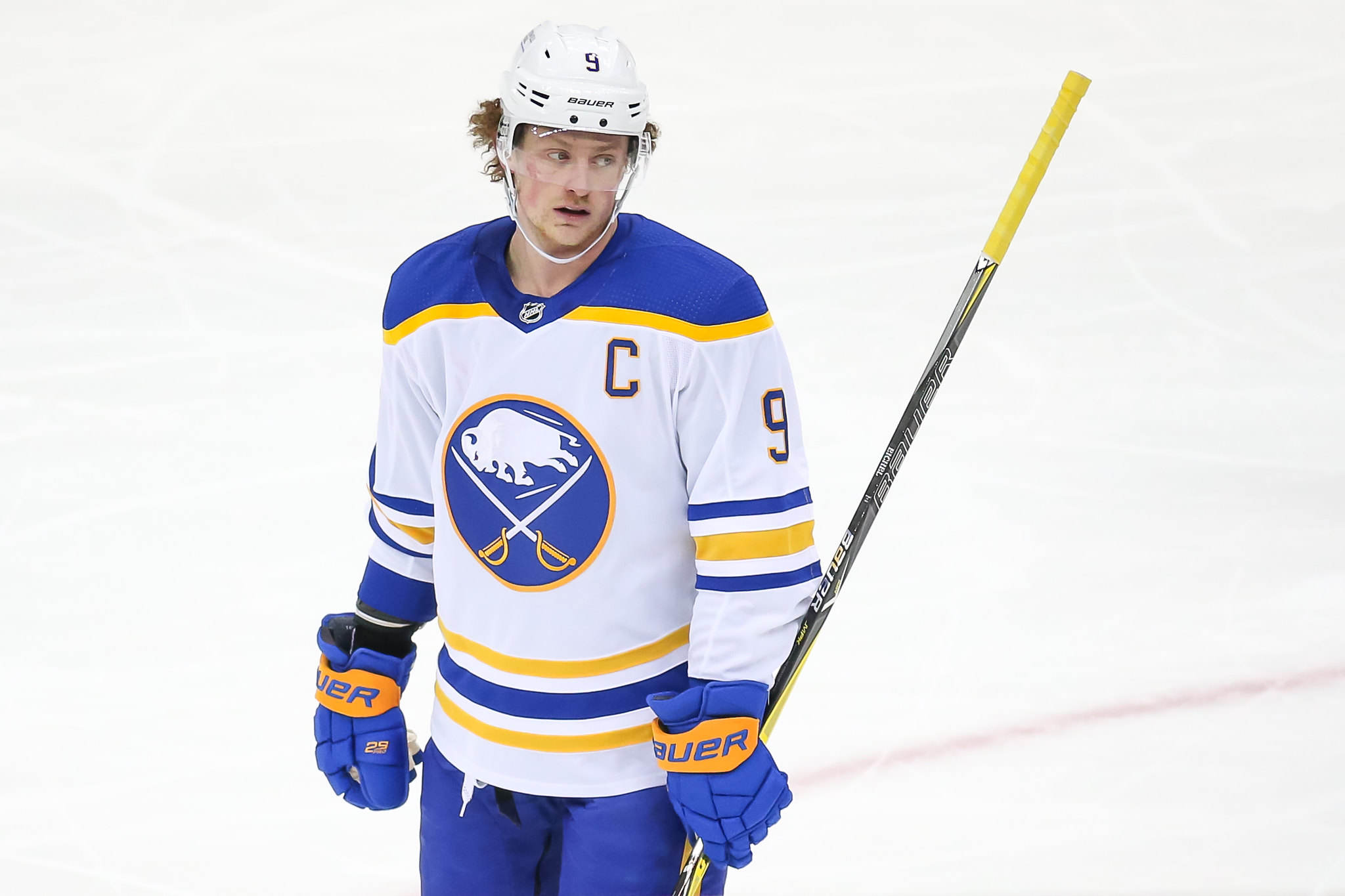 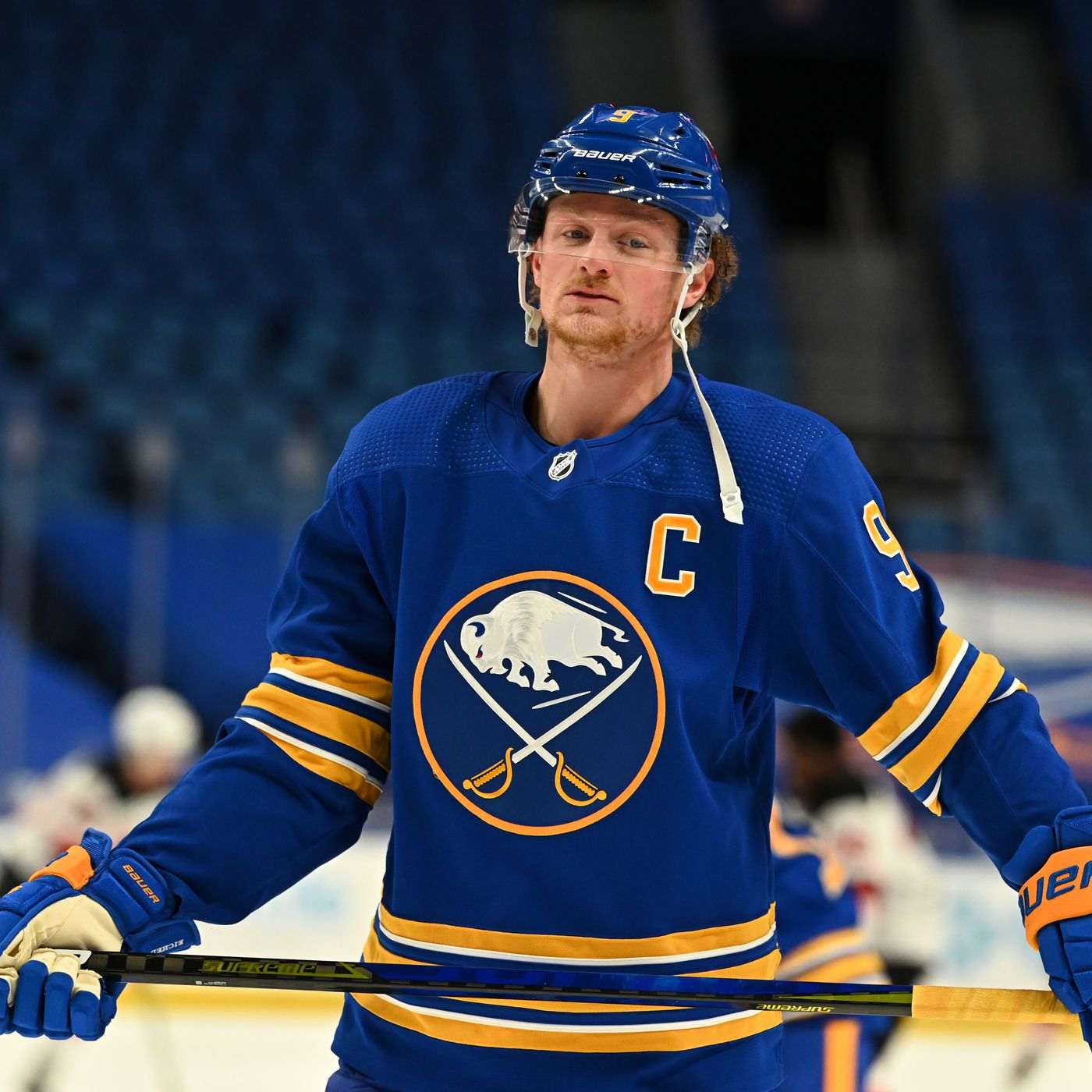 Jack Eichel has been trending in the hockey world for good and bad reasons. Recently, Eichel has been disputing with the Sabres staff about how they have been dealing with his injury. Eichel believes he should take the surgery, which would take 6 months, while the Sabres don’t think he should take the surgery. Robin Lehner has also come out expressing his hate for the Sabres staff and how they treat their players. You can’t believe everything you hear in the news, so I’m taking the situation with a grain of salt.

As of today, it is looking like the Jack Eichel trade will actually happen sooner rather than later. The asking price has apparently been INSANE! I’m guessing the Sabres have decided to come down to earth to get a deal done. I think Sabres just want to move on from Eichel, as it’s becoming a distraction to the entire organization.

Eichel is currently under contract until 2025-26 with a salary-cap hit of $10,000,000/USD. Whoever decides to trade for Eichel needs to have enough salary-cap space to take on his giant contract.

I have narrowed my list to the following landing spots;

The Rangers seem to have committed to the idea of competing for a Stanley Cup. They have been active in conversations with the Sabres about the idea of trading for Jack Eichel. The Rangers have only $6.9 Million left of their salary cap, so they would need to shed some salary the other way to make this trade work.

WHY DOES THIS MAKE SENSE?

The Rangers would have a Stanley Cup contending team making this trade. The Rangers roster currently consists of two elite scorers, Panarin and Zibanejad. They also saw defensemen Adam Fox breakout last season and it’s promising he can build off last season. We also can’t forget the Rangers have Lafreniere who didn’t have the greatest rookie season but based on his history I expect a huge bounce-back.

This team is one piece away from being an average team to a great team.

THINGS WE NEED TO CONSIDER

We need to consider some current contracts on the New York Rangers. Zibanejad is a UFA next season, which means he will be looking to get a pay increase. He’s currently getting paid $5.35 Million/Year, I expect the market to be around $7-8 Million/Year for a player of this talent. I don’t see the Rangers flipping Zibby to the Sabres because they need him to compete. They will need to make sure they have enough salary to sign him unless they are prepared to let him walk after this season.

Adam Fox becomes an RFA after this season, a young stud who had a BREAKOUT season last year. He’s currently only making $925K, which means they will need to make more room for him after this year.

I think Jack Eichel in a King’s uniform would be UNREAL! The Kings are trending in the right direction with a lot of young promising prospects, which we will get the opportunity of watching this season. They also have the prospect pool of making a trade of such magnitude. The Kings only have 1.9 Million of cap space!! This means the Kings will need to shed salary, which means expect a lot of draft picks and prospects going to the Sabres.

WHY DOES IT MAKE SENSE

The Kings see this as an opportunity of breaking out of their rebuild … They still have Drew Doughty under contract until 2026-27, so better off making use of his huge contract. The Kings also made a couple signings in the off-season showing with getting Danault for 6 years and Arvidsson for 3 years.

THINGS WE NEED TO CONSIDER

I don’t think the Kings get Jack Eichel without giving up 2020 #2 overall, Quinton Byfield. They need a trade offer that will shed salary, which means the Sabres will demand more. Byfield is a tremendous prospect and a key piece to the future of the Kings, will the Kings give up Byfield?

If I’m the Kings, Eichel is a huge addition, which would take them out of their rebuild mode. I think they have a strong enough prospect pool where they can afford to give up Byfield.

The Senators are sleepers in the Jack Eichel sweepstakes. Pierre Dorion expressed that the rebuild is done, what’s a better way to end the rebuild by trading for one of the best players in the NHL. The Senators have $22 Million in Cap Space!!!

WHY DOES IT MAKE SENSE

The Senators have a young promising team, that is in need of a point per game player to actually compete this season. They have the salary to take on such a massive contract, which is always a bonus.

The Senators have publicly expressed they think they have a team that will compete this season. All signs point towards the Senators deciding they want to end their rebuild and compete for a playoff spot.

We also must consider the Senators owner, Melnyk, has been known for being cheap. If the Senators traded for Eichel and signed Brady, they would be looking at coming close to hitting their salary cap. I’m not sure Melnyk would ever commit to paying such money. This is something Senators fans hate to hear, but it’s the harsh reality of the organization.

Our $5k weekly fantasy hockey contest is now live. Play the Tuesday contest for free today using Promo Code NHL 10.  Our 7-day contests will be available to play in everyday throughout the season.