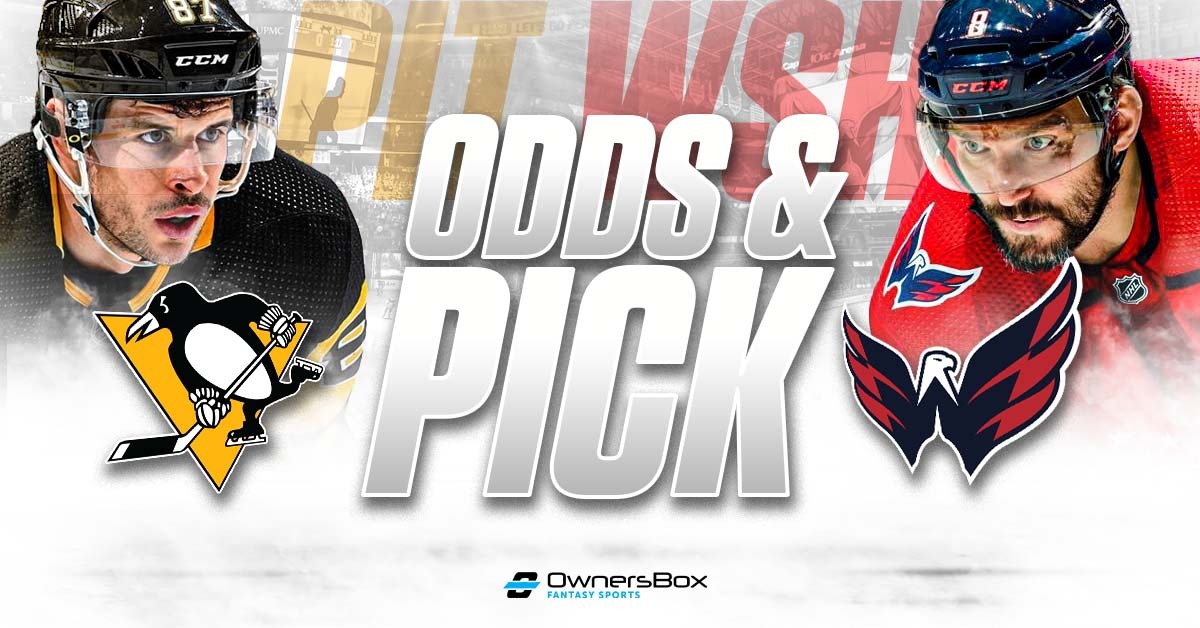 On Wednesday Night, we have the continuation of the rivalry between two of the NHL’s greatest players, Sidney Crosby and Alexander Ovechkin. While both the Penguins and Capitals seem to be on the downturn this season with a very poor start to the season, I expect these superstars to play their best against one another. Pittsburgh are listed as road favorites in the Penguins vs Capitals odds.

The Penguins are coming in losers of seven straight games, while the Capitals are 4-6 in their last 10. Both teams seemingly struggling to start the season, this rivalry could prove to be one of the turning points for one another.

Can Crosby and the Penguins end their losing streak or will Alexander Ovechkin and the Capitals follow up their win against Connor McDavid and the Edmonton Oilers and get their season back on track? Let’s dissect the Penguins vs Capitals odds as we find our best NHL betting pick for Wednesday.

Odds as of November 8 at DraftKings Sportsbook

DraftKings Maryland is launching soon and bettors within the state can get $200 in free bets if they sign-up before launch day when they click here.

Bettors in a legal state can get a deposit match bonus of up to $1,000 for Penguins vs Capitals. New bettors can click the banner below to sign-up.

The Pittsburgh Penguins are going on one of their worst runs in the Sidney Crosby era, they have ever had. Losers of seven straight, the Penguins are still favored against the Washington Capitals in the Penguins vs Capitals odds tonight.

The Penguins are blessed with top forward talent all throughout their lineup with forwards such as Bryan Rust, Jake Guentzel, and Evgeni Malkin to pair alongside Sidney Crosby, but their defense and goaltending has not risen to the occasion this year.

I like for this game to continue the trend and be high flying with a ton of action both ways for both teams. The total is set at 6.5 in the Penguins vs Capitals odds.

The Washington Capitals are coming off a big win vs the Edmonton Oilers on Monday with a big 5-4 win. While the season hasn’t started ideally for the Caps, they are plagued with injuries to a ton of their star players.

John Carlson, TJ Oshie, Tom Wilson are all out injured forcing others to step up in their absence. Alexander Ovechkin has carried that load along with Russian Center Evgeny Kuznetsov.

With how high scoring these two games have been, I have to be taking the over in tonight’s game. Currently set at 6.5 at close to even money (-110) in the Penguins vs Capitals odds. Last season their matchup went over in 3 of the 4 games they had played and the one that missed ended at 6. If you look back to 2021, 6 of their Last 7 Matchups went over 6.5 total goals.

Both teams are suffering from below average goaltending and the defense has been very poor. With the amount of star forward power, I love the over in the game, and I think both Sidney Crosby and Alex Ovechkin will rise to the occasion and play at their very best in the match.