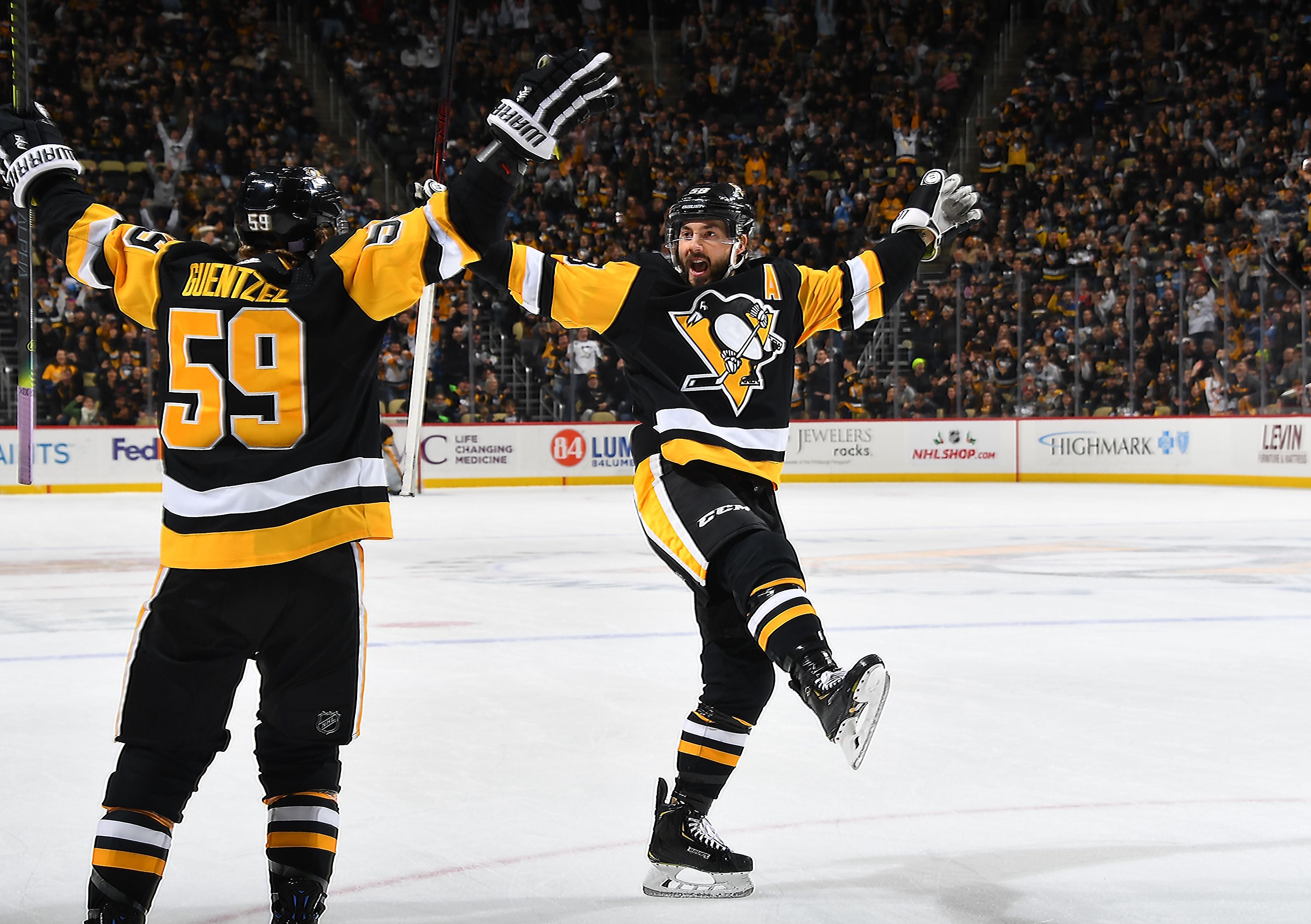 This article will provide a sample lineup and advice for the OwnersBox flagship weekly fantasy hockey contest for Week 5!

Check out our episode on Spotify for a preview of the contest!! 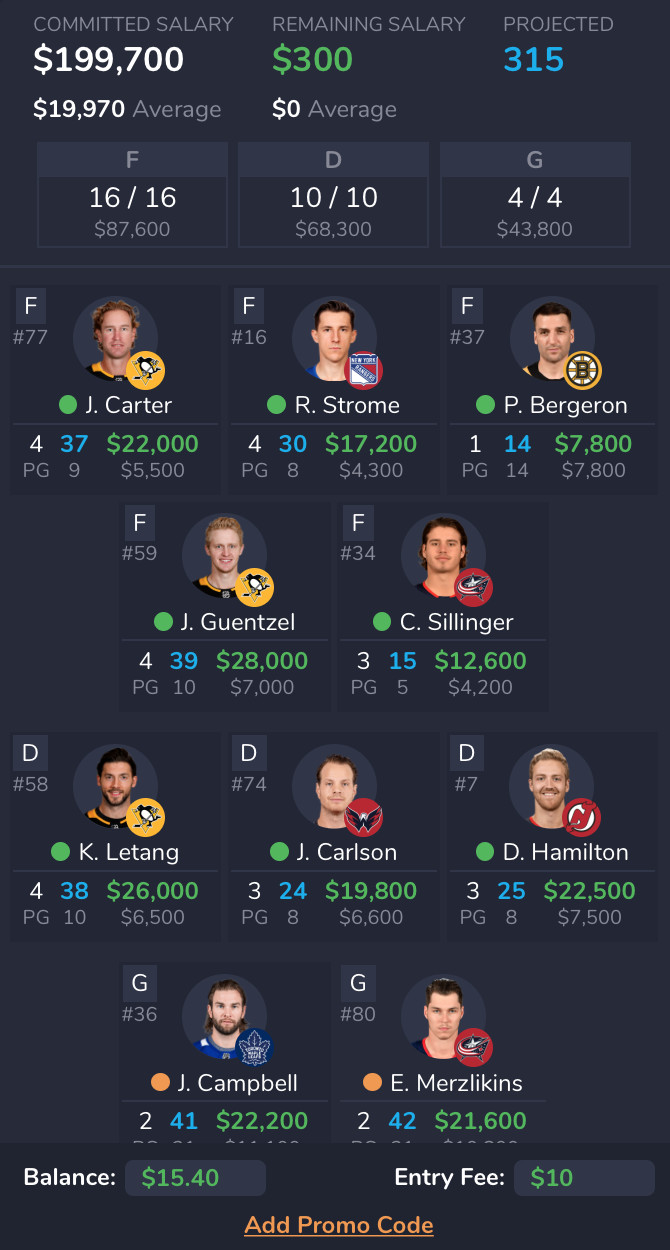 The Pittsburgh Penguins has fantastic matchups this week with the Ottawa, Washington, Buffalo, and Montreal on tap. Outside of Washington, the other three matchups are juicy and provide opportunity for fantasy scoring without worrying too much about plus/minus liability as the Pens should be competitive in the games against Ottawa, Buffalo, and Montreal. Jake Guentzel has somewhat struggled so far in 2021-22 due to the absence of superstar line-mate Sidney Crosby. Guentzel with a reasonable salary of $7000 per game is a great 4-game-op anchor for your lineup this week. Jeff Carter has filled in admirably as the Penguins top center while Crosby and Malkin have been out. At $5500 he is a great value play to stack with Guentzel as Carter plays 5-on-5 and powerplay with Guentzel. Adding to the stack is all-star defenseman and powerplay quarterback Kris Letang to provide 4 game ops for the d-core.

Ryan Strome scored at a near point per game pace last season but has been slow out of the gate in 2021-22. Despite Strome’s slow start, Gallant and the Rangers have not suppressed his prominent role as the center continues to play 2nd-line center and 1st powerplay for the Blue Shirts. Strome’s putrid start to the season has the forward priced at an absolute bargain of $4300 per game; look for Strome to bounce back this week with great matchups against Columbus, New Jersey, Montreal, Toronto.

18-year-old rookie Cole Sillinger has incredibly cemented himself as a key contributor for the Blue Jackets. Sillinger currently occupies the role of  first line center and Sillinger also has seen consistent minutes on the Jackets’s top powerplay unit. At a salary of only $4200/per game, the high quality minutes and supreme talent make rookie Cole Sillinger a smash play for the contest of the week.

With 15/16 of game opportunities filled, there are two teams to choose from for one game opportunity this week and it’s the Boston Bruins and Chicago Blackhawks. Bergeron has been hot lately, and at $7,800 a game, the star centre provides the best value, and has a great matchup against an ice-cold Montreal Canadiens squad.

With all the salary saved at forward by spending frugally on Jeff Carter, Ryan Strome, and Cole Sillinger, there is ample salary remaining to go all-in on superstar defenseman Dougie Hamilton. Back from injury, and with shots and blocks a points category in OwnersBox scoring, Dougie Hamilton stands out amongst the top-priced options as the best option this week, and likely most weeks moving forward. In his first game back this week we saw Hamilton put up a stat line of 1 goal, 1 assist, 5 blocks and 5 shots on goal. Despite playing for an average Devils squad, Hamilton continues to be the best offensive defenseman in the league, and is great play in the Contest of the Week this week.

John Carlson is one of the most talented defenseman in the NHL. He plays for one of the best teams in the NHL in Washington. He quarterbacks a powerplay that also features Alexander Ovechkin and Evgeny Kuznetsov. His salary is only $6,600 – $1,000 less than the top-priced options and only $300 more than much less appealing fantasy options in Dumba and Karlsson. At $6600 Carlson is an absolute value and the #1 must-start at defense in the contest.

When it comes to selecting goalies for OwnersBox salary cap contests, the optimal strategy is choosing goalies that play for good teams and playing the matchups in looking for a combination of goalies that reaches the 4 game opportunity threshold.

Campbell has been one of the top goalies so far this season and stands out amongst the goalies with two likely starts this week. The Leafs are hot, and matchups against Nashville and the slumping Rangers are opportune.