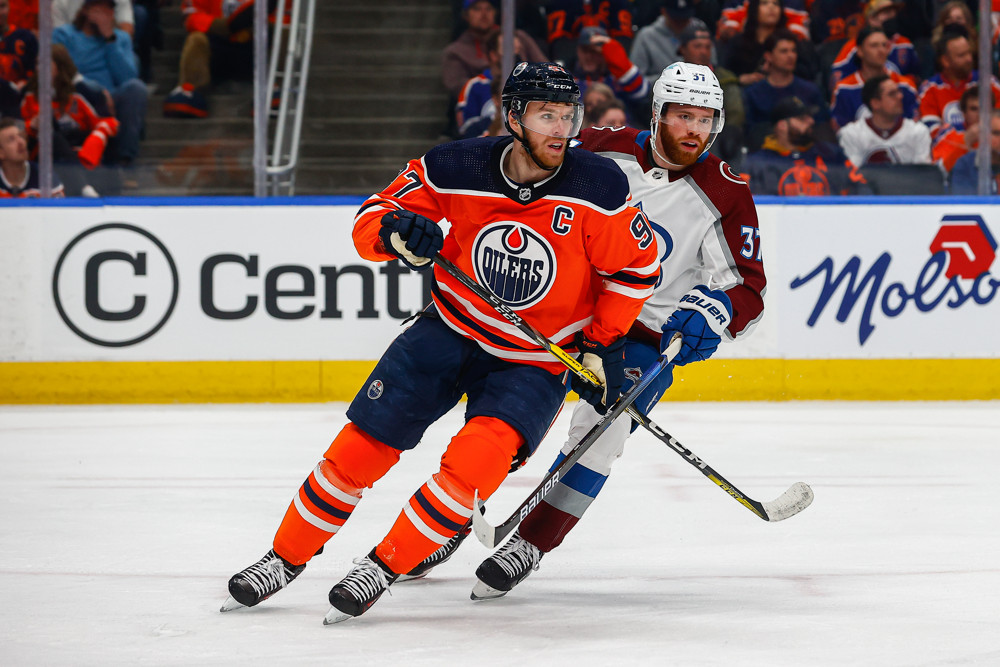 The Western Conference Finals feature the Colorado Avalanche against the Edmonton Oilers, with Game 1 set for 8 PM EST on May 31st, 2022, in Denver. Colorado online sports betting markets list the home team as -175 favorites in the Oilers vs Avalanche Game 1 odds. Colorado is 2-0 in Game 1’s this NHL Playoffs, while the Oilers are 0-2.

After escaping the Kings, the Oilers absolutely dominated the Flames in the Battle of Alberta. Edmonton won the series in five games as underdogs after losing Game 1. Yet, again they are the dogs in this NHL Playoff series as Colorado is pegged as -250 to win the Western Conference at BetMGM.

Let’s take a look at the Oilers vs Avalanche odds as we break down our best bets for the game.

The Avalanche have not been listed as underdogs in a single game this NHL postseason. Not a shocker considering they led the Stanley Cup odds heading into the playoffs and each new series they entered.

These odds are widely available including in New York sports betting markets. This is the shortest series price for the Avs since last playoffs.

The offensive firepower matches up with all-star forwards all over the ice. However, the Avalanche hold a significant advantage in the defensive zone. To put that statement into perspective, the Oilers have allowed 19 High Danger Chances, which is the fifth-highest this postseason. Meanwhile, the Avalanche have allowed just nine in 10 games. More to that point, they have the fifth-highest Expected Goals Against per 60 at 2.83, while the Avalanche have the second-lowest at 1.86.

It’s very beneficial when you have Cale Makar leading your backend alongside top-notch defensemen like Devon Toews, Bowen Byram, Josh Manson, and others.

Mike Smith has been surprisingly very good for the Edmonton Oilers. Now, I know Smith has been a solid goaltender over his career, but he has never performed like this in the NHL Playoffs. He’s arguably been the third best goalie behind Andrei Vasilevskiy and Igor Shesterkin, and the numbers show that.

He was assessed a 5-minute major and a game misconduct. pic.twitter.com/P8CDc8uCEA

He has the fourth-highest Goals Saved Above Expected rate at 8.8. I think the Oilers vs Avalanche odds reflect Colorado as a small favorite because this is the best goalie they’ve run into. David Rittich, Connor Ingram, and “Playoff” Ville Husso aren’t exactly show stoppers. Mike Smith, at times, has been a show stopper.

I know I just talked about how good Colorado’s defense is and how Mike Smith has surprised all the doubters, but I think Game 1 is an offensive outburst. Although Mike Smith has been great, he does not have a good tracker record in NHL Playoff Game 1’s.

In his last four Game 1’s he’s allowed 14 goals on 88 shots with a 5.56 GAA. Not to mention, these have been the two most potent offenses throughout the NHL Playoffs. The Oilers offense has actually been a little bit better than Colorado’s as they own a higher Expected Goals For per 60 rate this postseason.

Believe it or not, two out of their three matchups in the regular season went under the total. However, their last matchup on April 22nd had nine total goals, and I expect a similar fire in this one.

A well-rested Avalanche team against an Oilers squad that scored 5.0 goals per game against Calgary? Give me the over. I know at -135 in the Oilers vs Avalanche Game 1 odds there’s not a ton of value, so taking Over 7.0 at +110 would be my suggestion.

Ontario online sports betting markets are offering these lines at all available online sportsbooks. That includes Caesars Sportsbook, BetMGM, BetRivers Ontario, and others.