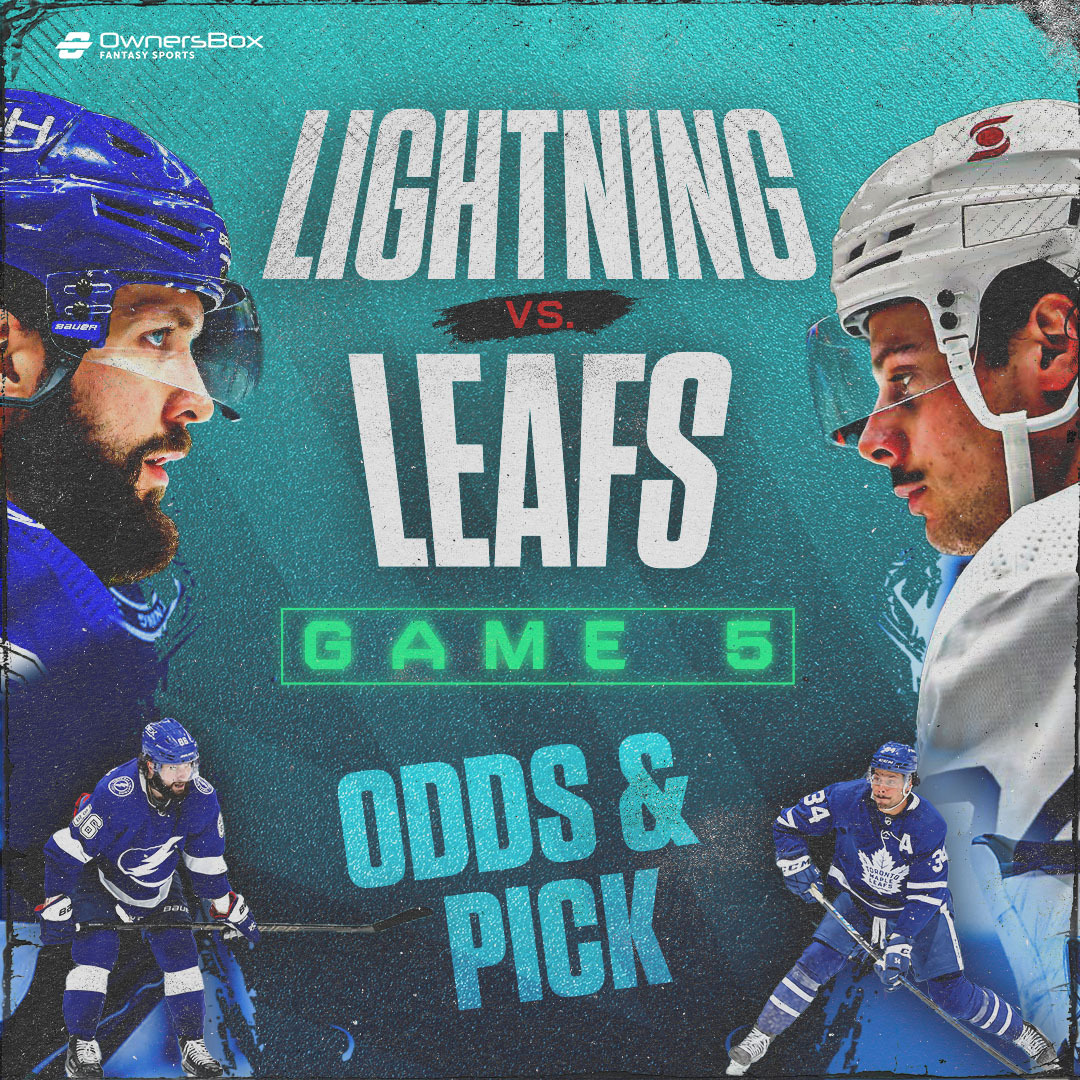 The Tampa Bay Lightning have evened the series as they head back to Scotiabank Arena for Game 5. Despite losing Game 4 in their first-round NHL Playoff series, Toronto is listed as home favorites in the Lightning vs Leafs Game 5 odds at BetRivers Ontario. Puck drop for this Atlantic Division matchup is set for 7:30 PM EST on Tuesday, May 10th, 2022.

The Leafs were +110 underdogs in the NHL odds for Game 4. Three quick goals by the Lightning in the first period turned off the lights for underdog bettors on Sunday night. Jack Campbell was pulled in the second period after the Bolts went up 5-0.

Let’s take a look at the Lightning vs Leafs Game 5 odds as we break down which side is the best bet in this Eastern Conference NHL Playoff series.

Odds are courtesy of BetRivers

Ontario online sports betting markets list Toronto to win by 2 at +190 in the Lightning vs Leafs NHL odds. The juice is on the over after both games in Tampa Bay went over the total.

This is now the third time this series that the Leafs have been the favorite. Teams have split home-away wins, with both teams winning one on the road and one in their home barn. Early NHL public betting splits indicate sharp money coming in on Toronto, which makes sense after a tough Game 4. Leafs have been able to bounce back after losses recently. Since March 10th, Toronto has lost back-to-back games just once.

To be honest, neither of these goalies have played to their full capabilities. Jack Campbell struggled in Game 4 but has shown flashes of great goaltending in earlier playoff games. In the Leafs vs Lightning Game 3, Campbell had a Goals Saved Above Expected rate of 0.75. That’s more in line with his regular season numbers, which leads me to believe he’s due for a bounceback game in Game 5.

Where Does the Betting Value Lie on the Total?

The Leafs played a much tighter game throughout the regular season at home. Toronto was 18-20-3 to the under at home, which is interesting considering bettors can get Under 6.5 in Lightning vs Leafs Game 5 at + money.

Tampa easily had their best offensive game of the NHL Playoffs in their Game 4 victory. The Lightning scored three goals in the first period and had an Expected Goals Rate of 5.01, which was their highest this postseason. This is in part big thanks to Jack Campbell’s weak performance, so don’t bank on the Lightning scoring 7 in this one too.

Andrei Vasilevskiy hasn’t stolen a game yet, but I expect him to be in top form come Game 5 on Tuesday night. Vasilevskiy has three consecutive shutouts in NHL Playoff Game 5’s.

I went with the over in Leafs vs Lightning Game 3, but I’m flipping the script here and going with Under 6.5 at +104 at BetRivers.

I think sportsbooks are begging bettors to take the over but look for a goaltender duel here. Teams tend to tighten up in the defensive end further into NHL Playoff series’ and I think this game will have a similar feeling to Game 1.

Grab the under in the Lightning vs Leafs Game 5 odds at + money while you still can.