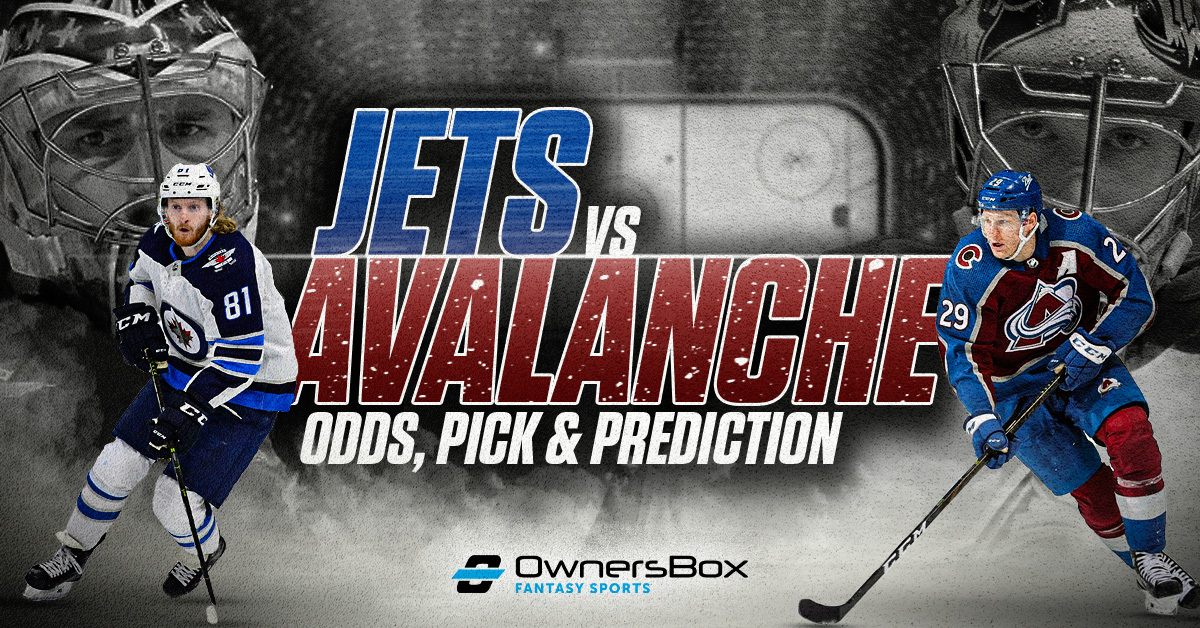 On Wednesday Night, we have a juicy matchup between two high-flying offenses in Colorado. The Colorado Avalanche face off against the Winnipeg Jets at 8 PM EST for Wednesday Night Hockey. The Colorado Avalanche finally return home following a two-game road trip where they managed to go 1-1. Meanwhile, the Jets are coming off a 4-1 defeat to the Dallas Stars in their only road game of the season. Colorado are heavy home favorites in the Jets vs Avalanche odds.

Can Nathan MacKinnon and Cale Makar overpower the Winnipeg Jets, or will Kyle Connor show just why he is one of the premier goal scorers in the NHL? Let’s take a look at the NHL odds for this Western Conference matchup as break down our best betting pick.

Odds as of October 18 at BetMGM

Colorado online sports betting markets list the home town team to win by 2 or more at +115. New users who sign-up with the BetMGM bonus code ‘OWNERSBOX‘ can get a risk-free bet up to $1,000 for Jets vs Avalanche.

The Winnipeg Jets are coming off a difficult defeat in Dallas to the Stars. The Jets lost 4-1 after taking an  early lead in Dallas. Forward Mark Scheifele leads the team in goals and looks to be poised for a bounce back season with 3 goals in his first 2 games this year.

Forwards Nikolaj Ehlers and Kyle Connor both got points last night and continued to shoot away, so both of them may be good places to look for a potential player prop on points or shots tonight.

Most Career Goals Among Players Currently 25 or Younger:

The Jets made a controversial move bringing in coach Rick Bowness, formerly of the Dallas Stars. Known for his defensive system and Bowness is going to bring a level of structure back to this team. The Jets who gave up over 3.0 goals per game last season are currently averaging only 2.5 goals against this year (small sample size), but I am willing to bet Bowness will greatly improve their goals against average from last season.

Couple betting stats and facts to note. Jets are 0-5 in their last five road games and have won just one of their last eight meetings with Colorado. The outlook doesn’t look great for the Jets, especially considering they are playing the reigning Stanley Cup Champions. There’s a good reason why the Jets vs Avalanche odds favor Colorado so much.

The Colorado Avalanche bounced back from a bad loss in Calgary by defeating another good team in the Minnesota Wild two nights ago. The Avalanche, who are now 2-1, come back home and hope to give their fans another win as they continue to celebrate last season.

Nathan MacKinnon has had no hangover to the start of this NHL season. He scored the game winning goal against the Wild and has seven points in his first three games. On top of that he continues to show why he is the top shot volume player in the NHL. MacKinnon has 16 shots in his first three games and looks poised to continue that streak, where he actually shoots more at home.

Cale Makar has had a more reserved start to the season, only because the expectations are so ridiculous. Makar has had 4 points in his first 3 games, which for any other defensemen would be outstanding. The Jets are bottom 10 in the NHL in shots on goal allowed to defensemen, so Makar could be a great piece to look at for a shot props play tonight.

Jets vs Avalanche Prediction and Pick

My second bet is taking the Over 6.5 at -110 in the Jets vs Avalanche odds. The Avalanche have gone over in all three of their games so far this season and the Winnipeg Jets have shown they can score against good defensive teams, such as the Rangers so far this year.

On top of this, Alexander Georgiev does not inspire me with confidence and I can see the Jets scoring a couple to make this an exciting, high scoring game for Wednesday Night Hockey.