How the Oilers Can Save Their Season 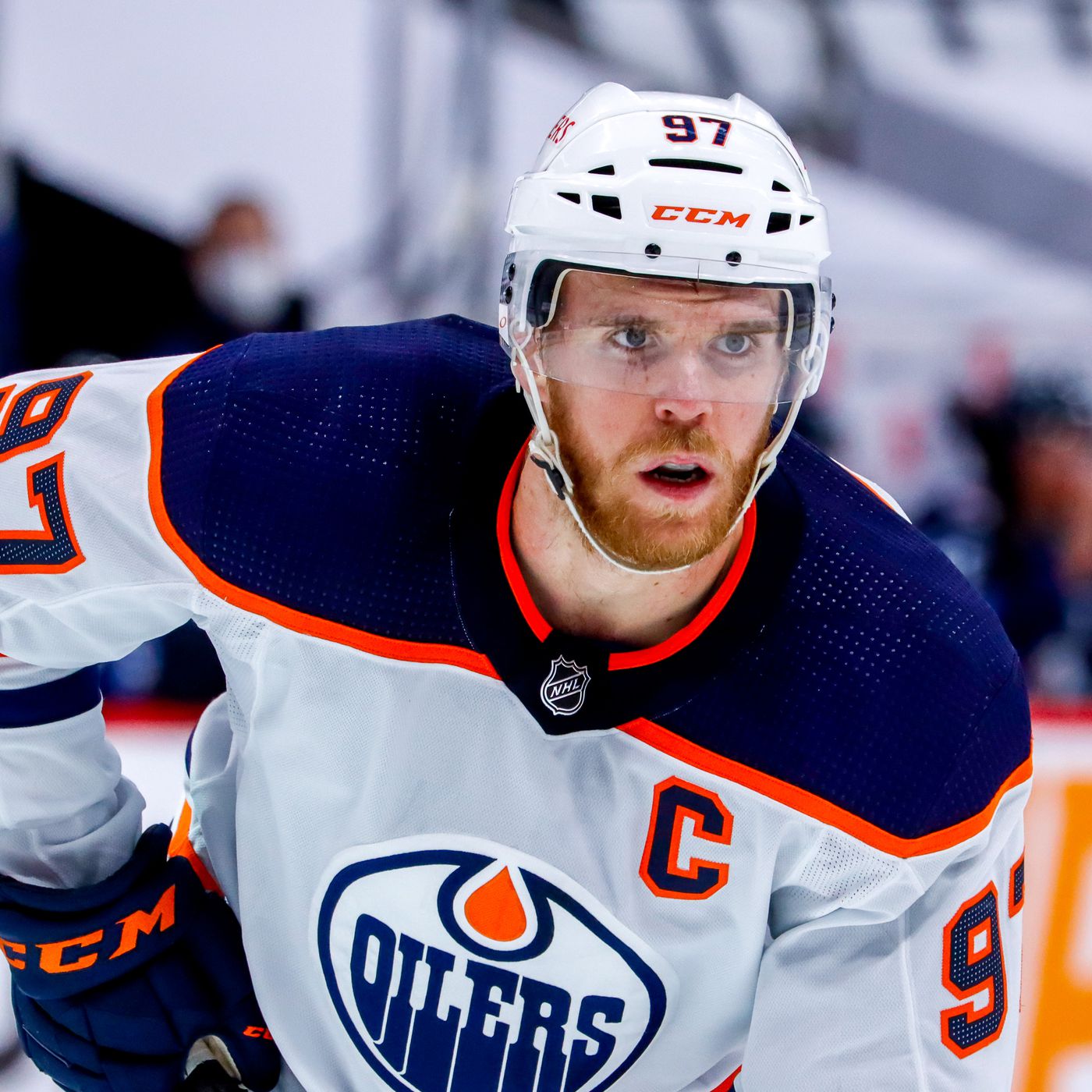 How the Oilers Can Save Their Season

The 2021-22 Edmonton Oilers feel a bit like “The Last Duel.” Two stars with plenty of hardware uniting to write an untold story with a veteran director at the helm, and the whole thing just completely flops.

There was actually no better team over the opening 7 weeks of the NHL season. From opening night through the end of November, Connor McDavid, Leon Draisaiti and co. posted a record of 15-5-0. Edmonton’s .750 point percentage was tied with the Florida Panthers for tops among all NHL teams.

From December 1st on, though, it’s been an entirely different story. In 15 games during that span, the Oilers have posted a record of 3-10-2, and only the Montreal Canadiens have fewer total points and a lower point percentage. That’s a literal 180 degree turn, and the Oilers need to do something fast to salvage another season where their two best players are at the top of the NHL’s points leaderboard. 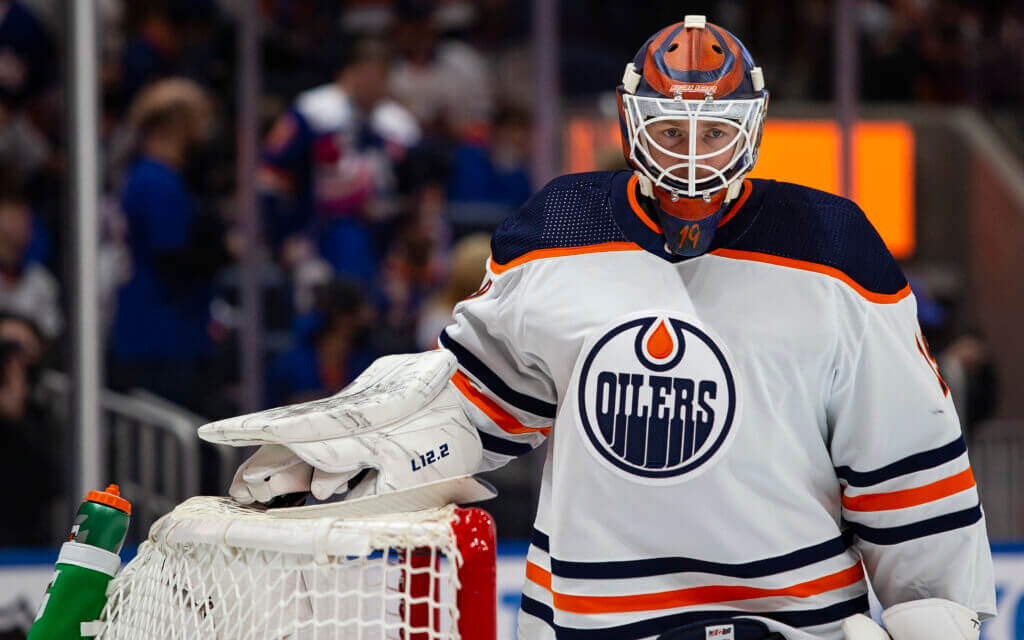 Secondary scoring is an issue with this club, but it’s not THE issue. That would be goaltending. To wit, they’re 9th in goals per game, but 25th in goals allowed per game.

At 5 on 5 this season, the Oilers’ save percentage sits at .908, 28th in the NHL. In all situations, their ranking improves to 25th, but by all measures it hasn’t been anywhere near good enough to compete. You quite simply need at least average goaltending in order to be a winning team, and Edmonton has been getting anything but this season.

As Shayna Goldman of Sportsnet notes, “Expanding to all situations, the Oilers’ collective save percentage of .913 ranked 10th in the league in October and November. But since then, it’s dropped to .875 between Koskinen, Stuart Skinner, and a short appearance from Smith. The only team to have less stable goaltending has been New Jersey over that stretch.”

In fairness, 39-year-old Smith did win 30 games last season with a .923 save percentage, but Koskinen really stumbled and made everyone question why former GM Peter Chiarelli gave him a long-term contract. Trying to make it work once again with that tandem has proven to be a fatal flaw. Smith can’t stay healthy and hasn’t come close to replicating last season’s success when he is, and the fact Koskinen has a record of 12-7-0 with a .900 save percentage is quite frankly a miracle.

Young Stuart Skinner has promise and has played the best of the bunch, but he’s not a guy you can hang your hat on yet come playoff time. And Alex Stalock’s attempted comeback from myocarditis is a great story, but one that comes with risk for both team and player.

This is something that should have been fixed months ago, to be honest, and it might already be too late. 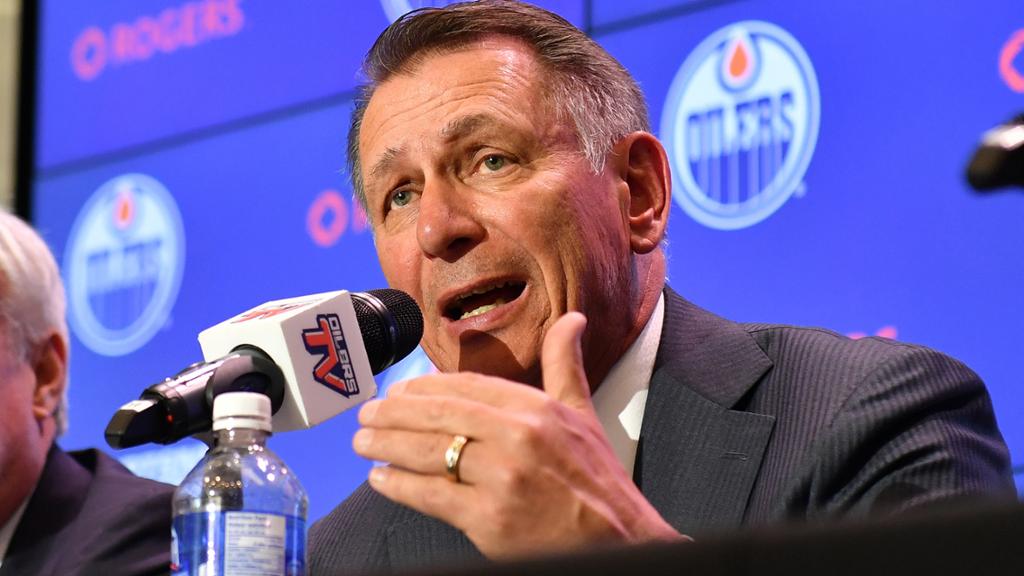 When asked whether he’d be willing to part with the team’s first-round pick in 2022 in order to improve the lineup, GM Holland said, “I wouldn’t do that. I think the answer is in that locker room.”

One of the reasons he might believe it’s not prudent to trade a mid- to late-round selection is because he’s already traded some of the team’s other picks this year. A fourth-round pick was sent to New Jersey for Dmitry Kulikov, and a conditional third-round pick was sent to Chicago in the Duncan Keith trade. The conditions? If the Oilers make it to the 2022 Stanley Cup Finals and Keith is top 4 in playoffs TOI for Oilers defensemen during the first 3 rounds, the pick upgrades to a 2022 2nd round.

First-round picks are like gold around the trade deadline, and while they should add quality prospects to the pipeline, that’s not always the case – and if it is, sometimes it takes years to reap that harvest. With McDavid and Draisaitl in their primes, the time for building from within is over for. Improve the roster any ways you can, and use all available and attractive assets to bring in the goalie or secondary scoring.

Getting Ryan Nugent-Hoping back off the injured list will help, but reinforcements are needed and you have to give to get. Not being willing to part with this asset will keep this team back. 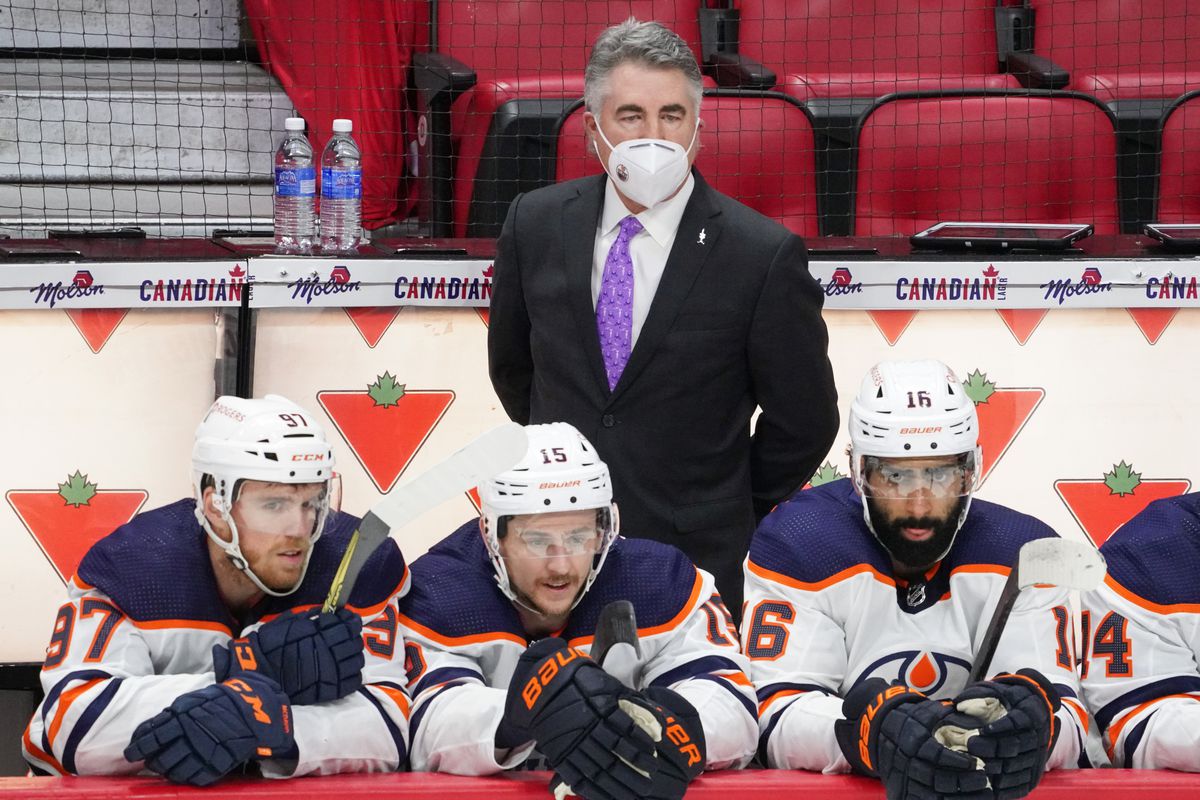 This too appears to be a lever Holland is reluctant to pull.

He also mentioned the Oilers are on their 7th coach in 10 years and “You can’t just keep whipping through coaches.”

Sometimes it’s the right move, though, and a fresh voice can reinvigorate the squad. Just look at the Vancouver Canucks, who fired both coach and GM after a disastrous start to the season and have gone 9-3-1 under Bruce Boudreau (as of Jan. 18).

Dave Tippett is a fine head coach, but the Oilers have to do something and fast. A lopsided loss Thursday to the high-powered Panthers could very well be the tipping point. As we saw Tuesday in a media availability with Draisaitl, thigs have definitely reached a boiling point.

Watch Leon Draisaitl get into it with HHOF reporter Jim Matheson 😬#Oilers pic.twitter.com/KsoN8KKqWR

Use promo code “NHL10″ for a free $10 entry into OwnersBox Saturday NHL contest of the week!