Breaking Down McDavid’s Dismantling of the Rangers 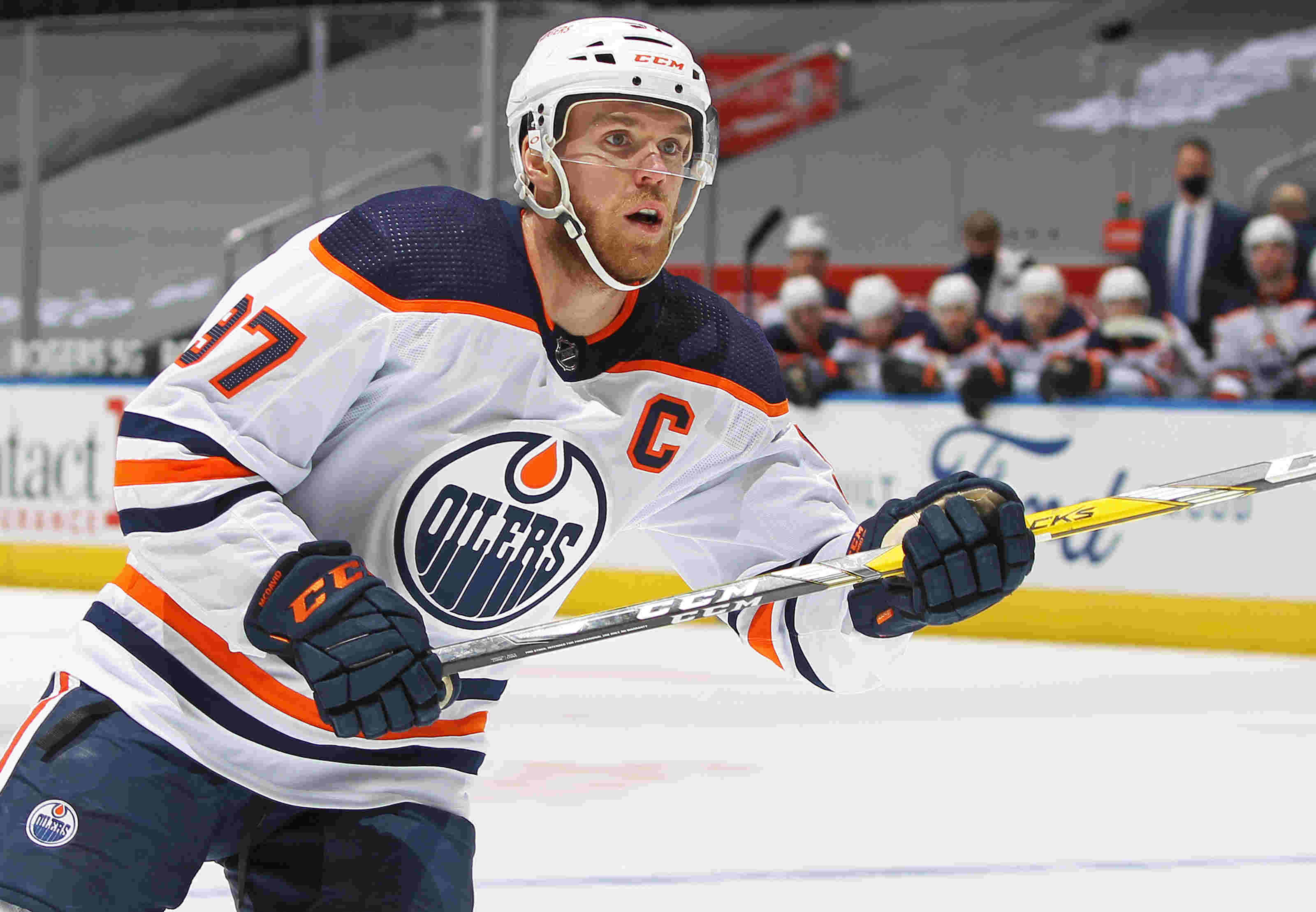 Breaking Down McDavid’s Dismantling of the Rangers

Friday night in Edmonton. The Oilers had erased a 4-1 deficit against the New York Rangers, only to give up another goal to trail once again with about 3 minutes left in the third period. Enter Connor McDavid.

The undisputed “best hockey player on the planet” put the game on his own stick and tied things up in spectacular fashion. Let’s break down how it all happened.

The play began with McDavid (97) circling around center ice with Leon Draisaitl (29) and Jesse Puljujarvi (13) needing to get out of the offensive zone and the Rangers desperate for a line change.

It took an extra second for Puljujarvi to exit the zone, McDavid pulled up and skated through the neutral zone, picking up on the fact at least one Ranger was about to jump over the boards and would soon be left behind. Surely the other four Rangers had things under control, right?

With all the other Oilers safely out of the zone, McDavid turned due north. Four Rangers – Kevin Rooney (17) and Patrick Nemeth (12) to his right, and Jacob Trouba and Dryden Hunt (29) to his left – stood between him and the net. All the other Edmonton players on the ice had to do from this point is sit back and enjoy earn the plus.

It only took a few strides for McDavid to pass both forwards, Rooney and Hunt. He already had a step on Trouba as well, and Nemeth – who stood the best chance of thwarting a scoring chance – had one hand on his stick looking to swipe it away from McDavid. If only it were that easy. You can also see the linesman clearly signaling the play was onside, if there was any doubt.

McDavid proceeded to dangle Nemeth out of his hockey pants, putting the puck under the defenseman’s outstretched stick twice, switching from forehand to backhand and back to forehand in the process.

You can also see that Trouba positioned himself to get a stick on McDavid, or perhaps lift 97’s stick in order to sweep the puck to safety. Again, good luck with that.

Despite Nemeht’s last ditch attempt to quite simply hack the Oilers’ superstar, McDavid then had a pretty clear look at the Rangers’ net. There, Alexander Georgiev sat waiting. He had a first row seat for the developing play, and served as New York’s last stand when it came to preserving the lead.

In delivering the final death blow, McDavid went backhand and slid the puck past Georgiev, who really had no chance of withstanding this freight train.

McDavid’s own reaction mirrored everyone watching.

McDavid’s reaction to his goal says it all. 😱

The goal was McDavid’s eighth of the season, and while Zach Hyman said afterwards he thought it was the best goal he’d ever seen, McDavid humbly tried to downplay it as business as usual.

“I’m paid to score big goals and paid to do that type of stuff. That’s just doing my job. Probably not the best idea to take four guys on every night. But I thought the situation was kind of weird. Everyone was coming up, I was coming down the pipe, just tried to make a play.”

Defenseman Darnell Nurse echoed Hyman, though, and his opinion of the goal was widely shared on social media as well. “Going 1-on-4, I’d never seen it before but it was a huge goal,” Nurse said. “Probably the nicest one I’ve ever seen.”

Oh, and Draisaitl capped the comeback with the overtime winner, to make things even worse for a Rangers team that followed this performance up with a 6-0 loss in Calgary on Saturday.

Given the circumstances and the style, it’s going to be hard to top this one as the goal of the 2021-22 season, but don’t for one second think McDavid isn’t capable of scoring a few more beauties over the next several months.