What We Learned from NFL Week 8 – Where do the Vikings Rank Amongst the NFC? 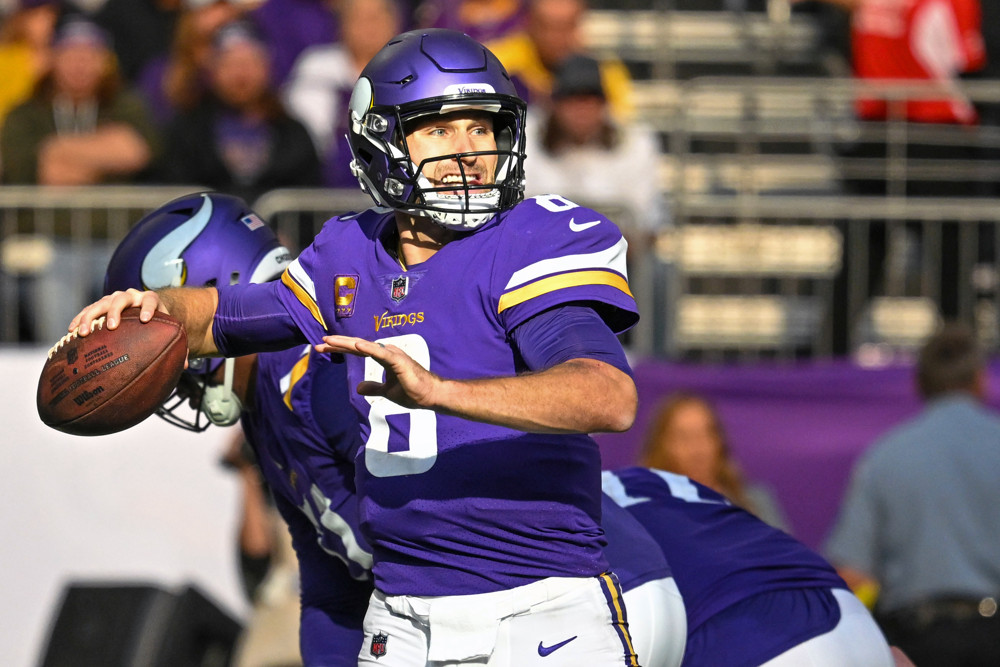 Each week of the NFL season offers a different path to knowledge. Sometimes, we find that a team is completely incapable of chaining its narrative. Other times, we are shocked by an outcome that might have far-reaching implications.

In Week 8, we found a decent amount of confirmation to what we previously expected — some teams appeared to be overextended and were — while also witnessing opportunities for entire franchises to be viewed through specific lenses.

All told, Week 8 helped to close out the first-half of the 2022 season by converting what we thought to what we know.

The Giants Can’t Overcome Every Flaw

The New York Giants entered Week 8 with an outstanding 6-1 record and then lost by two touchdowns to the Seahawks. The entire ordeal can be summarized in one word: regression.

New York had skated on thin ice for too long and finally fell through.

That’s the operative question because we knew regression was looming. We knew that the Giants had flaws that, in most of their prior seven games, they were able to overcome. We saw that they aren’t perfect, but is that new information?

Really, what we learned about the team solidifies what we assumed. The Giants aren’t anywhere near as good as their record, and we will need to approach them cautiously in the future. There’s a decent chance that we are about to witness a significant drop in production, even if the hot start ultimately carries them to a playoff berth.

I know, it’s a bit dramatic. Surely, it can’t be true that the Detroit Lions will never win. But, is it that much of an exaggeration at this point to abandon any and all hope that they will start to find victories? The Lions are a pathetic 1-6, and they just blew a double-digit lead at home against the Dolphins.

The worst part for Detroit is that everybody knew it was possible.

The Lions took an early lead. You couldn’t feel comfortable.

The Lions added another touchdown. You couldn’t feel comfortable.

The Lions went into halftime with a ten-point lead.

You get the picture.

Detroit remains a key focal point in the world of perception because it was one of the franchises that people felt could surprise as a sleeper. The hot offensive start allowed the Lions to remain competitive in games, and it often masked the fact that the Lions weren’t winning. The easy takeaway at the time was, “Yes, but with that offense, they can definitely improve.”

We now need to watch closely to see how the market reacts to this most recent defeat. It won’t shock anyone, but it will further drive home the point that, in a league that judges its teams — and coaching staffs — on wins and losses, the Lions’ results have been tilted almost entirely in the wrong direction.

The 2022 Indianapolis Colts are a Complete Failure

I have written about this in multiple places and repeated it in this week’s picks column: what the Indianapolis Colts have done this year is a full organizational failure. The team thought it had found its answer at the quarterback position with Carson Wentz last year and then felt it had an upgrade available with Matt Ryan. Not only were both of those assessments incorrect, but the Colts are now desperate to undo their decisions.

If we’re being fair, we should give credit to Indianapolis for admitting their mistakes. There’s something admirable in that action. It doesn’t erase the ill-advised plan, however, and it adds another layer to the lack of confidence we must now place on the Colts.

Simply put, if we can’t trust Indianapolis to name the correct quarterback as the team’s starter, how can we trust them to lead a playoff team?

We can’t. Not at this point, and not after the Colts lost a home game to the Commanders and their backup quarterback.

If there’s good news — and there always is when perception is at-play — it’s that Indianapolis has completely lost all favor in the collective minds of the football-watching world. At least temporarily, that should lead to some value when the Colts are inevitably underdogs in the near future.

We’ve all seen this show before. The Minnesota Vikings play well for some time, win enough games to remain relevant, lose at the most inopportune time, and quarterback Kirk Cousins does just enough to remain entrenched as an upper-half-of-the-league-starter but not enough to carry his team. In the end, mediocrity reigns supreme.

This episode is different, though. This one features a Vikings team with a 6-1 record and massive lead in the division. Was it as easy as the change at the head coaching position? Has Cousins really taken the next step? Has the offense grown to outpace what the defense allows?

On some level, every piece of the puzzle is necessary to lead to a 6-1 start. The important note, however, is how the team is now viewed.

With some — really, much — help from the Packers, the Vikings are the runaway favorites in the division. That means that, when the standard football fan is trying to project the playoff picture or name some of the best teams in the league, Minnesota will be included by default. The numbers support it to a degree, but it’s as simply as knowing the the Vikings are heading into the playoffs — and having that knowledge by Halloween.

Overall, this may not be the same Vikings team of the past. They may not crumble in a big spot or suffer a hard regression back to the mean. But they also have an extremely easy road ahead because of what they have accomplished to date. Give Minnesota credit, as it earned the 6-1 record, but any future losses will do little to change the team’s future. The Vikings could conceivably close out the year with a 5-5 stretch and cruise to division title and an 11-6 tally. For that reason, it’s probably wise to ignore the actual results for Minnesota and focus on how it plays going forward to find an edge that can be used to our advantage.